INVISION Architecture sat down with Senior Associate, Architect and Educational Planner Laura Peterson and Donovan Group Partner Jerry Gallagher to discuss the intricacies of working with a school district in promoting, garnering support and, if community consensus is gathered, passing a school bond referendum.

Over the past few decades, INVISION Architecture has built a strong reputation as a leader in K‑12 education design, increasing our footprint in step with design acumen and experience. The past five years, INVISION has expanded services to provide leadership to clients who need assistance in passing bond referendums. It’s become a niche practice the firm has met with enthusiasm and success.

“In the last 10 years, our communities have seen a big shift. We’re asking more of our schools, asking them to rethink their curriculum and how they deliver education. As educational designers, we’ve stepped in to help districts understand how this impacts facilities.” said Architect and Educational Planner Laura Peterson.

But for any school project to break ground, the community must first reach a consensus about the future needs and how to fund them. As our firm has learned, gathering district-wide consensus is as much about fostering human relationships as it is good design.

If agreement is made that action needs to be taken by the district, then the topic of conversation can move to financing. Funding for school facility projects is sourced several ways, but large projects will generally fall under a general obligation bond. General obligation bonds are levies on property taxes, typically at $2.70 or up to $4.05 per thousand dollars of taxable valuation. These must be approved by a 60 percent, plus-one majority within a community, which is no easy task. This voter approved process, although distinct in each district, must involve the passing of a bond referendum for a build to begin.

“Every district is different in how they pursue a bond referendum,” said Peterson. ​“It really has to do with each community and the level of engagement and information needed to earn their trust and support.” 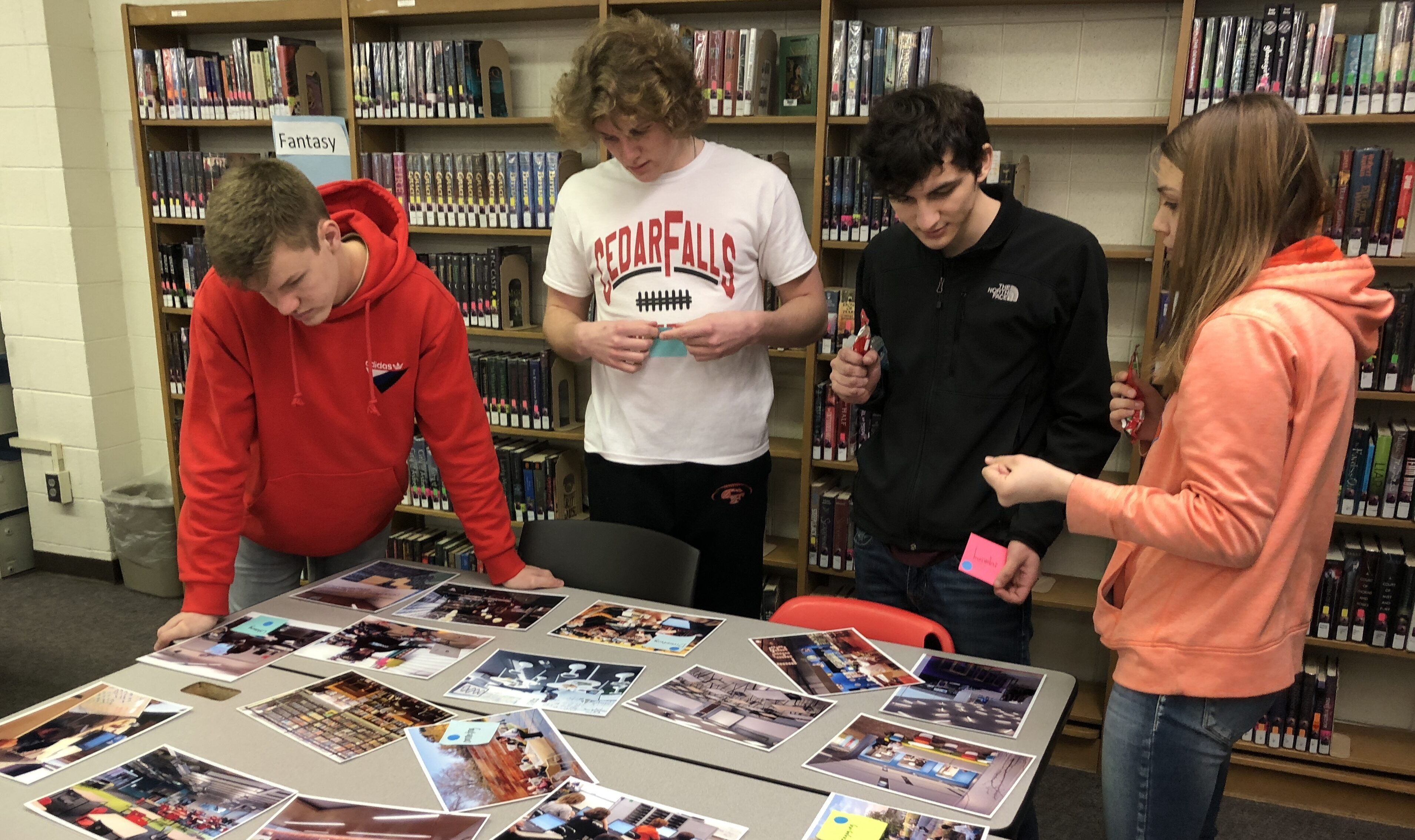 In 2014, the Cedar Falls community showed up to polling sites in record numbers, overwhelmingly rejecting the first school bond referendum which included bonds not to exceed $118 million to build a new high school and elementary school, along with improvements to North Cedar and Orchard hill elementary schools.  While the failure was hard to stomach, the school district took the time to regroup and rethink their process. They engaged INVISION to help lead an in-depth community process to imagine and create buy-in for a new future for the community. In the spring of 2019, the community passed a $69.9 million bond issue for a new high school. INVISION and communications firm Donovan Group worked collaboratively with the district to build support for the community’s high school bond vote.

“The Cedar Falls project was a first successful story. It’s a community we are deeply embedded in, so it was a unique opportunity that showed us that we could take this process and help other communities with a similar need,” said Peterson.

Since then, INVISION and the Donovan Group have teamed together on half a dozen projects, successfully completing four projects, with one still in planning and one set to vote early next year. With each referendum, the firm’s approach has sharpened and the ability to engage the community has become more personable. That means bringing a human element to a process that may seem like a sales pitch to community members.

“We’ve found that successful bond referendums aren’t just about communicating an idea. It’s about asking the right questions, listening to feedback and synthesizing that information into actionable plans,” said Peterson. ​“It’s not a lot about architecture. It’s much more about collecting information, personal opinions and data to tell a story and get people excited about a future vision for their community.”

For INVISION and the Donovan Group, insights gathered from past bond planning have led to developing a process that allows community support to be gathered from the inside out, through a community task force and committees that develop resident buy-in. In most circumstances, there is a sense of comfort and trust when ideas are being pitched by those who will pay the same costs and reap the same benefits as the other voters.

“We’re 100% on bonds passed when we go through a process that brings the community along, asks for their input, listens and then responds to it,” said Peterson.

For INVISION, the approach typically includes a discovery, strategy and implementation phase with distinct steps along the way. Although the process is defined internally, the approach may change to align with each district more closely.

“There is no perfect form of communication. For someone that does this for a living, it keeps me grounded,” said Donovan Group Partner Jerry Gallagher. ​“There is not one type involved. We can’t have the expectation that we’re going to come in and have the same process in every community, but when there is a process where everyone is invited to the table, you’re going to have trust in the outcome.”

For a school district, the opportunity to work with an architecture firm on a new build, addition or renovation may only occur once-in-a-generation. There’s usually a level of uncertainty amongst district leaders, teachers, students and community members about the process of the project and what the outcome might be.

“That’s a common question for schools,” said Gallagher. ​“How do we know where to start? And to know there’s a firm that has done this so well, repeatedly, must be comforting to them. We can bring them along and guide them from start to finish. We have an effective method that’s been well received.”

As a community goes through the discovery process, the original plan may change. A project may go through several iterations before agreement is made. And in some cases, total agreement may never be achieved.

“We might not build unanimity, but generally we can build consensus about what the right path forward might be,” said Peterson. ​“I think that an integral part of our process is laying out all the options and testing them all to a specific level.”

Many factors including demographics, funding availability, school district history and site availability, among others, makes each project unique. The results, if the vote passes, have included a variety of projects including a major high school addition at Indianola CSD, new and renovated elementary schools for Waverly-Shell Rock CSD, the previously mentioned new high school for Cedar Falls CSD, renovation and addition at South Tama County CSD and renovation at Nevada CSD.

“In one community, new construction might make the most sense. You might have site availability. It might be affordable and keep students in the school district. In another community, there could be other constraints that lead to renovation as the best idea. We come in unbiased to that,” said Peterson.

Projects like the Waterloo Career Center, which is about 98 percent renovation, and the Cedar Falls High School or Waukee Innovation Learning Center, that are about 100 percent new construction, are on opposite ends of the design spectrum. In meeting the specific needs of the end user, builds become distinct, but every final product should provide a sense of pride and feeling of satisfaction for the client.

During the South Tama County CSD bond planning, emphasis was placed on listening to the concerns of townspeople, allowing them to voice grievances and to heal from past school district decisions, including several past failed attempts to pass bond referendums. With assistance from INVISION, the district went through a discovery process that shifted the community’s focus. The result, an overwhelming 83 percent approval rating on the third try of the bond referendum.

“You have to go into it with open ears and the ability to bend, flex and change pace. While it wasn’t the school district’s preference going into it, that was the process and the site that was most important for them to support,” said Peterson. 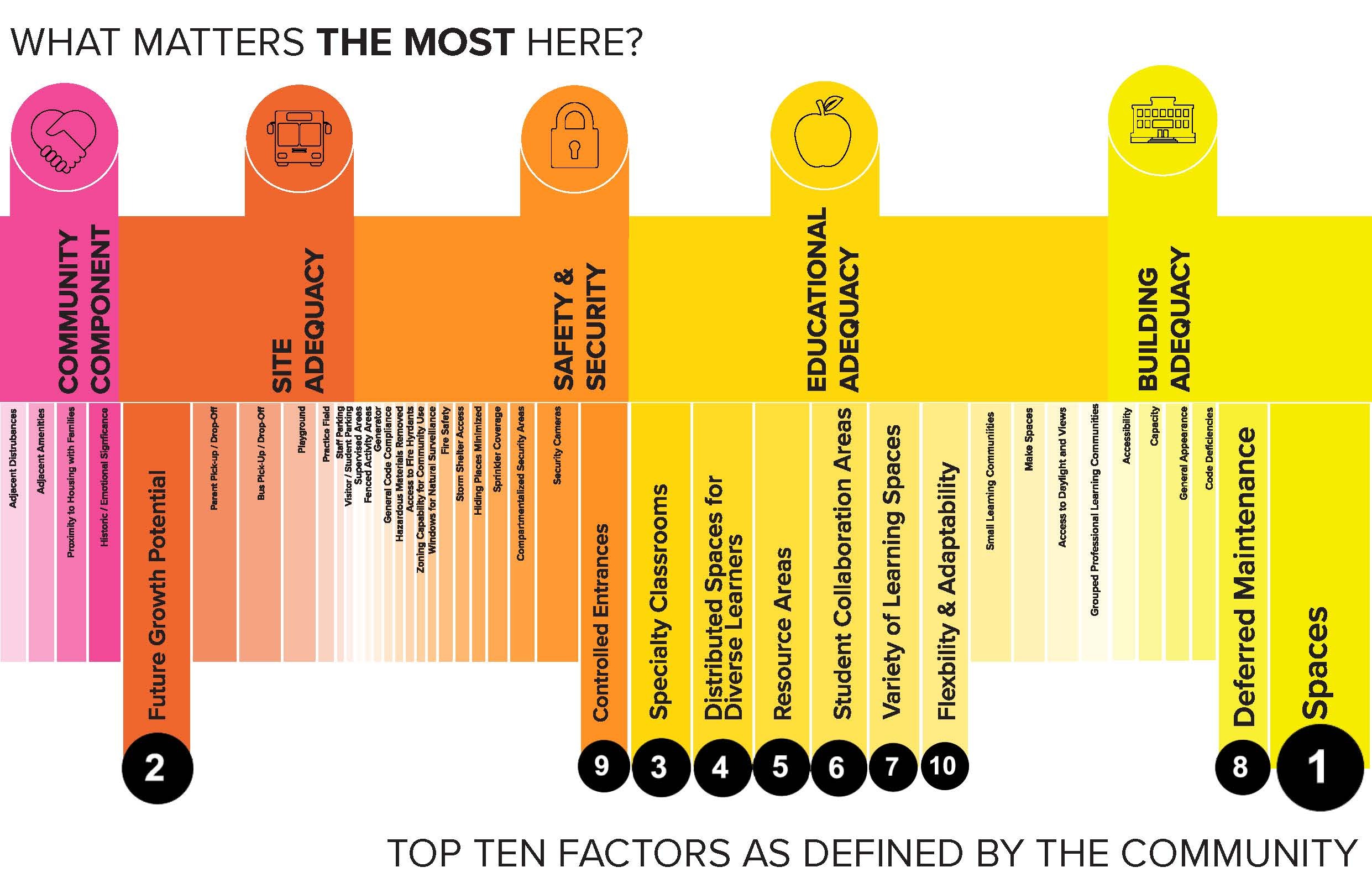 For the Waverly – Shell Rock CSD, operational cost efficiency and town representation were at a standstill. The district was pursuing consolidating four elementary schools down to two. The people of Shell Rock feared that closing the school in their town would hinder the vitality of their community. In the end, two new schools were proposed for Waverly while keeping and renovation the existing elementary school in Shell Rock.

Based on feedback late in the process, the original plan was changed. On voting day, the bond was approved by both communities, signaling with ballots that their voices were heard and understood.

​“The responsiveness of the team is a strength,” said Gallagher. ​“Both Brad and Laura have a unique skillset in that they understand the field of design and couple that knowledge with the ability to communicate. They spend so much time with staff learning about the school. It really sets up the entire process for success.”

Although bond planning services are a relatively new service for the firm, INVISION has continued to provide the same client-focused care that has set our firm apart for over 100 years.

“Brad and Laura give you the feeling that you have known them your entire life. They won’t overpromise anything they can’t deliver. To me, that’s a priceless combination,” said Gallagher.