Fighting hunger one can at a time

Fighting hunger doesn’t get much more fun than this. INVISION participated in AIA Iowa’s Canstruction event — one of the many ways AIA Iowa celebrated Architecture Month this April. The team from INVISION designed, funded and built a replica of the iconic Des Moines arches that are significant to the area’s architecture.

In the end, it took 1,200 cans of food, 120 boxes of pasta, 10 cases of water and a team of eight architects to create this masterpiece within the three hour time limit. For a week, it was on display at Valley West Mall, where voting and judging took place before the food was donated to the Food Bank of Iowa. Altogether, 13 teams donated 24,238 lbs. of food.

“It took a lot of teamwork and brainpower,” said David Reid, one of the leaders behind INVISION’s entry. ​“It was fun to use the same design principles we use every day, but in a completely different way.” Joining David were several others from the INVISION team, including Holly Pohlmeier, Bill Futrell, Brett Van Zee, Mike Dean and Nathan Scott. 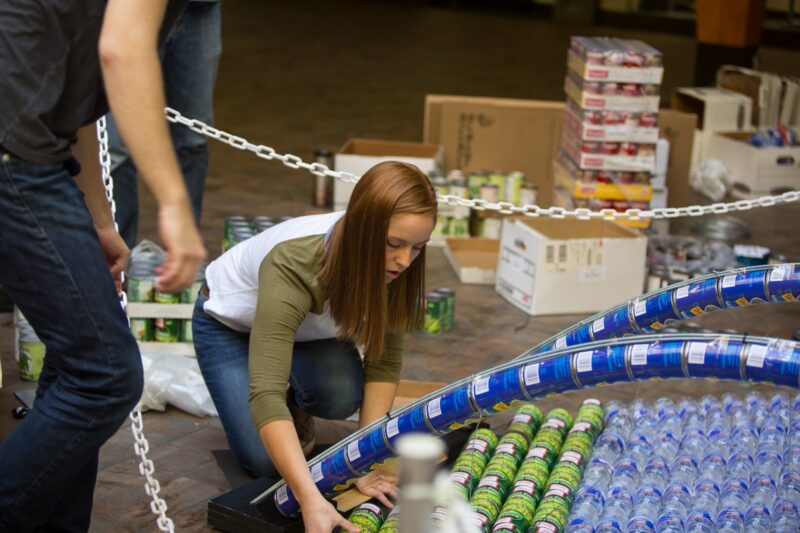