Engaging Athletes and Their Audience Through Inspired Architectural Design

Every project at INVISION is as unique as the landscape it occupies and the architects who create them. In the collegiate and professional world of sports, fans and athletes often drive the architectural decision-making process. In the recreational space, members are the key audience. 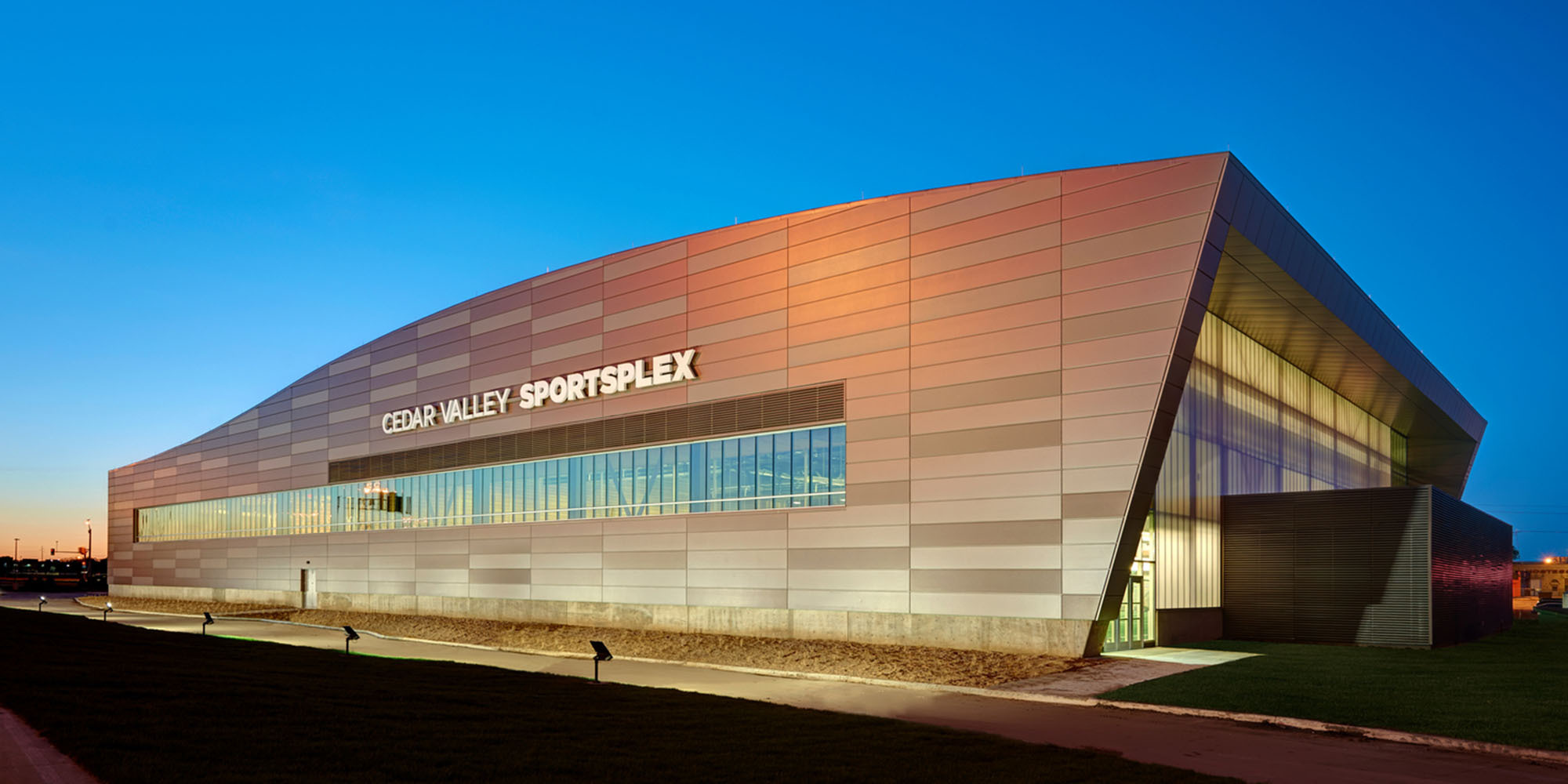 Bill Futrell, INVISION architect with over 30 years of student recreation and athletic facilities experience, understands that coming up with the best solution involves a period of discovery with the client and in listening to users’ needs.

“We use this process on all project types, we call it the Discovery Process. It’s about information gathering,” said Futrell. ​“The process is user driven in terms of understanding how they are going to use it and how they’re going to run it; understanding what the community needs, but also what they want.”

At a stadium or arena, the sight lines and overall aesthetic are of upmost importance. Logistical considerations may include the experience of travel to and from the stadium, parking, concessions, bathroom facilities, crowd control and security among others. A key component when designing for fan experience is providing differentiators, whether that’s in premium seating options or access to the team and players.

“I’m a sports fan, so it’s fun to use your imagination to think through fan experience and how to improve upon past designs,” said Futrell. ​“Fans are there for a relatively short period of time. For a football season, they might only be there for 3 or 4 hours once every other week for five weeks or something. That’s a different experience than someone that’s coming daily, three or four times a week to work out at a rec facility.”

INVISION has worked on such projects including Drake University Shivers Basketball Practice Facility and University of Northern Iowa North End Zone Renovation, with each project being well received by the client and public at large according to Futrell.

The firm is currently serving as local architect on the recently announced Des Moines soccer stadium, home of USL Pro Iowa. Plans are still ongoing, but the stadium would be part of a downtown revitalization with plans to be surrounded by recreation, housing, commerce and entertainment.

“The opportunity to do the soccer stadium is probably once in a lifetime for the city of Des Moines,” said Futrell. 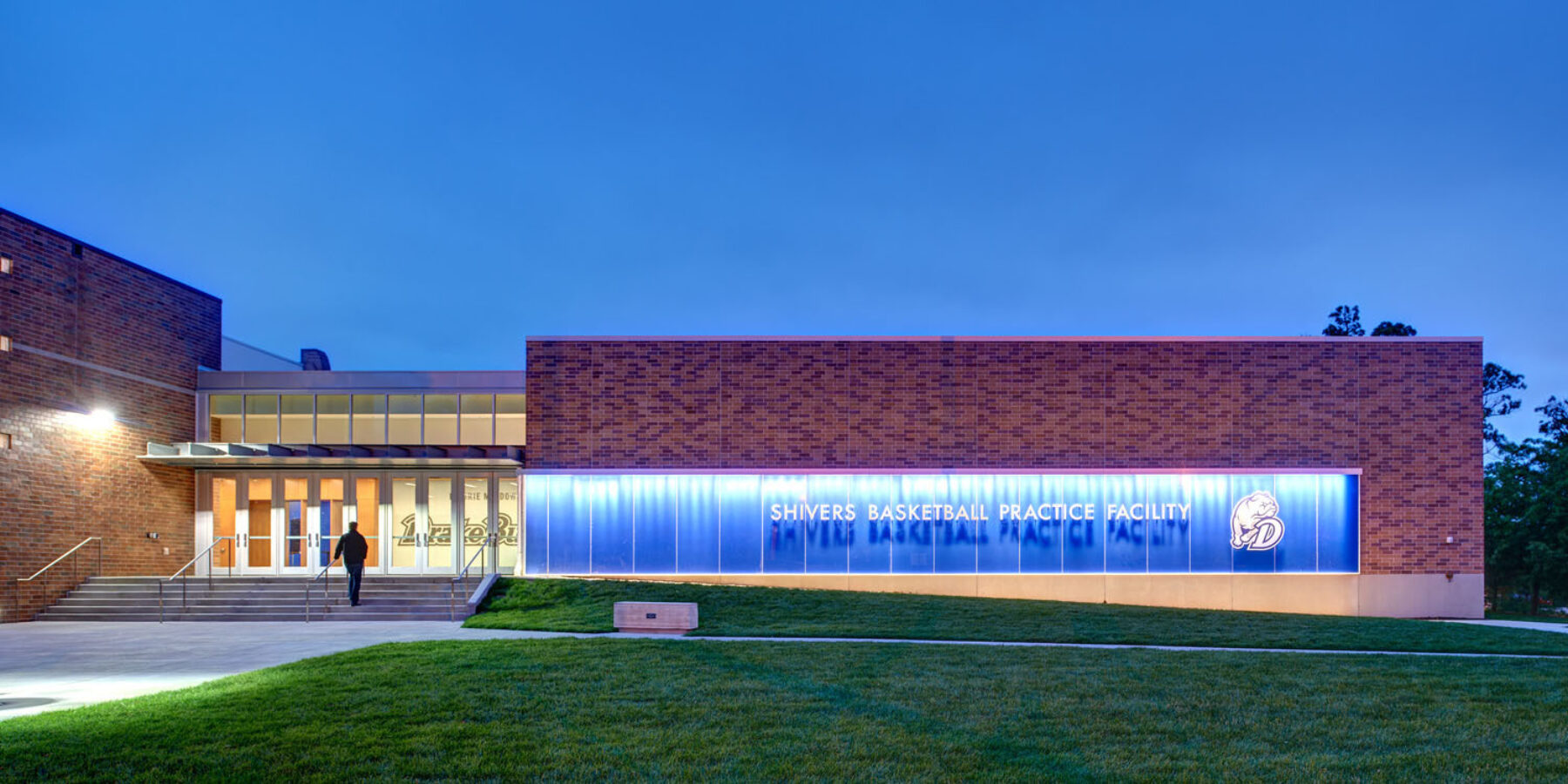 In thinking through the second type of sports architecture model, the membership model including community rec spaces and gyms, several themes emerge. The number of unique experiences offered including types of recreation spaces, fitness classes and recovery options is very important in customer acquisition and retention. The space must also be welcoming, provide a sense of community and be flexible for future adaptive use.

“It’s not just geared towards the activity, but also the social interaction,” said Futrell.

A community rec center may also include amenities such as an indoor swimming pool, youth leagues, conference rooms and daycare to attract potential customers.

Recent projects in the INVISION community rec portfolio include: the Grundy Center Community School District Gymnasium Addition, Iowa State University Recreation Complex and Cedar Valley SportsPlex, the last of which received a 2016 Gold Award from the Association of Licensed Architects.

“The main difference that I see between a community recreation facility versus an athletic focused community would be, for a community you’re trying to fit in as many sports, as many programs as possible. ​“Compare that to a college stadium for example that’s usually focused on a single sport,” said INVISION Architect Hoàng Trần. ​“Community recreation facilities make money off the people going in to play the sport, whereas stadiums make money off of the fans coming in to watch the sport,” said Tran.

With all the differences between the two project types, similarities remain. The health and well-being of athletes is key to business operations. Access to nutrition, training opportunities and recovery options must be considered to optimize health.

“There is a little bit of technical overlap on some of the spaces like locker rooms, training rooms, etc.,” said Futrell. 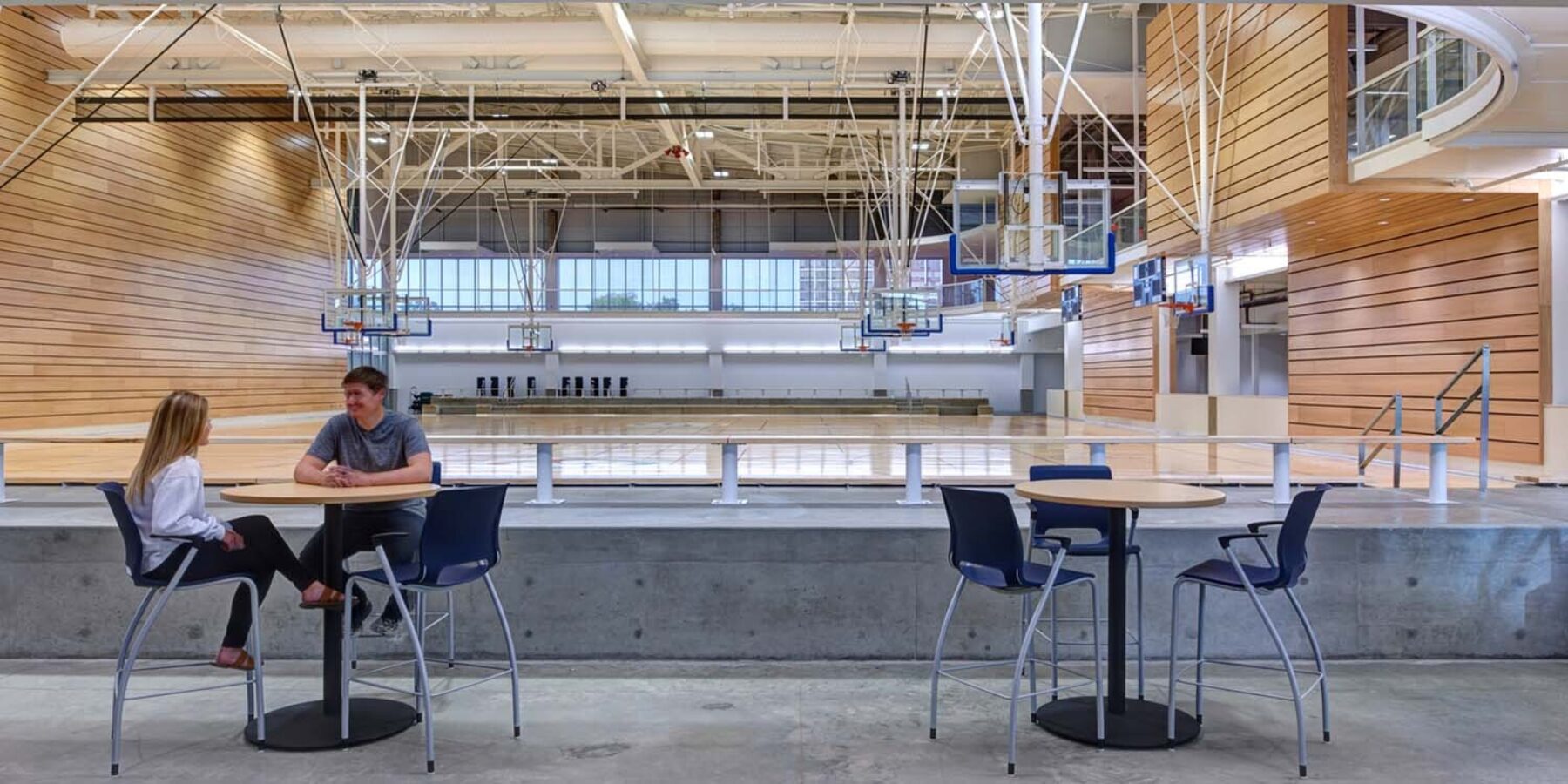 According to U.S. Travel, a national and nonprofit organization, more than 150 million individuals attended a professional sporting event across the five major U.S. sports leagues in 2018. The North American sports market (United States, Canada and Mexico) totaled 71.1 billion in 2018.

As sporting events and gyms begin returning to full capacity, how will the needs of the user shape future design trends?

“Today, stadiums and recreation centers are being built into the urban fabric with thoughtful design that engages the communities and revitalizes the businesses around it, which makes a huge difference,” said Trần. Keeping sustainability in mind we can continue to ask ourselves how these communities and their specific spaces can be used the other 360 days of the year.”