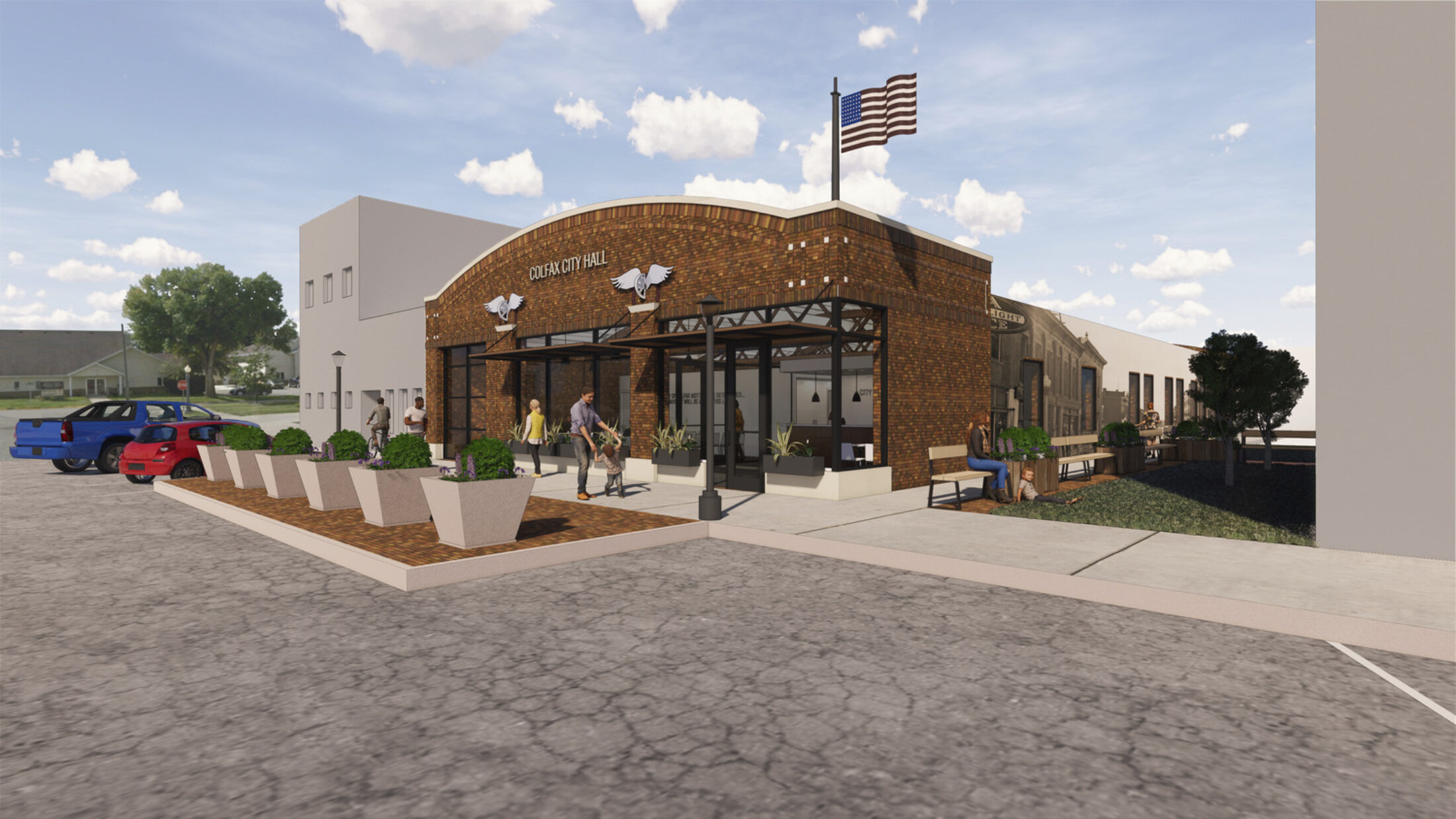 The City of Colfax had outgrown its existing leased space and desired to relocate to a vacant building they had acquired – a turn-of-the-century armory building. The big question for the design team was ‑how are we going to make something special from this building? Several design options were considered for the new city hall, and ultimately landed in the union of celebrating the building’s historic features while introducing modern aesthetics and amenities to serve the community’s needs.

The renovation includes the following:

The project exposed and celebrated historic architectural features such as the wood truss system, making modern insertions for rooms and office spaces below. With the team’s planning efforts to organize and maximize space within the existing shell, the resulting project was a warm and welcoming public amenity that will grow with City needs over time.

On the exterior, the design sought to embrace the public street with an entry plaza and revitalize an alley-way into a public pocket garden. Small moves like this can have a dramatic impact on project results.