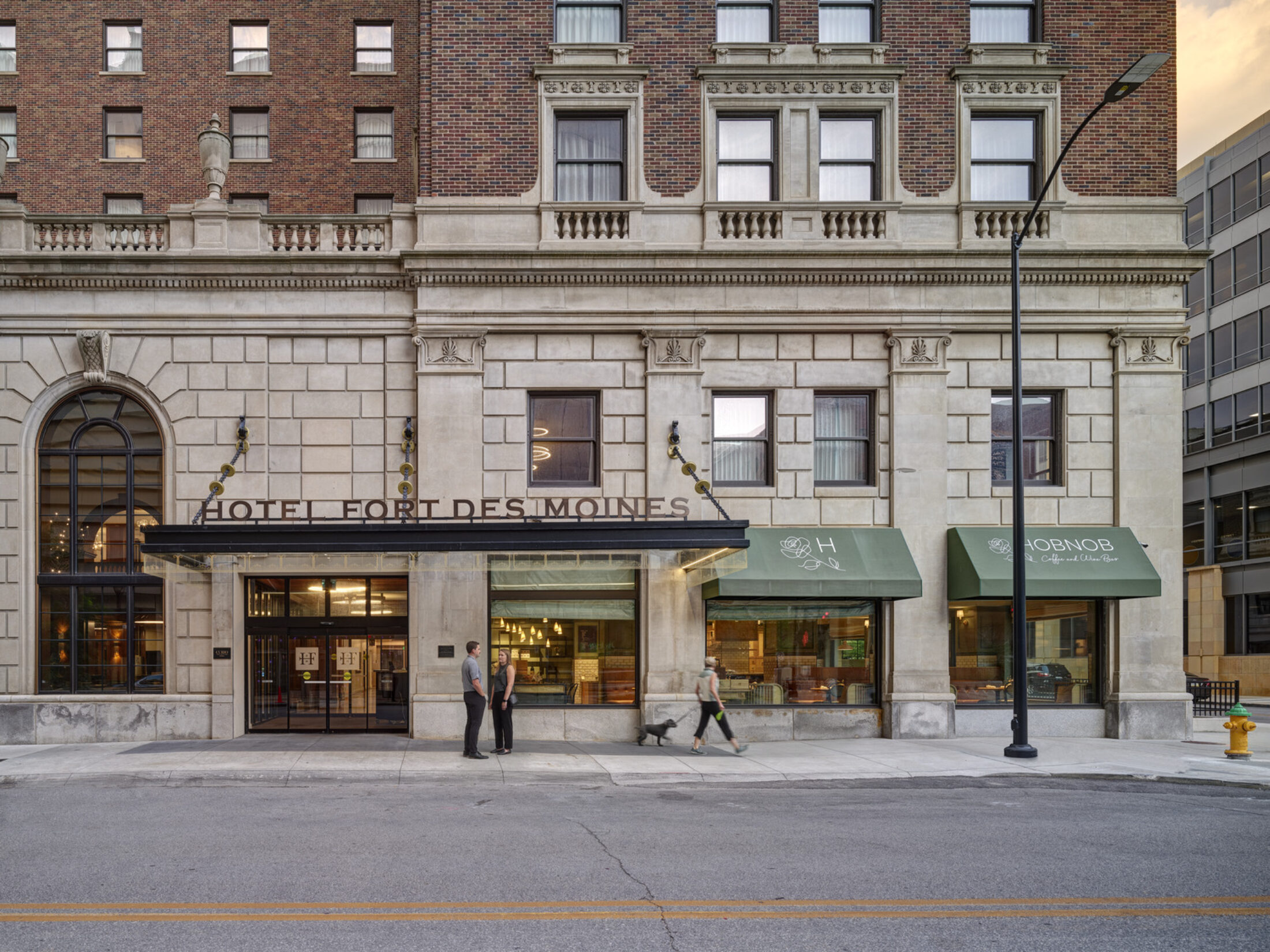 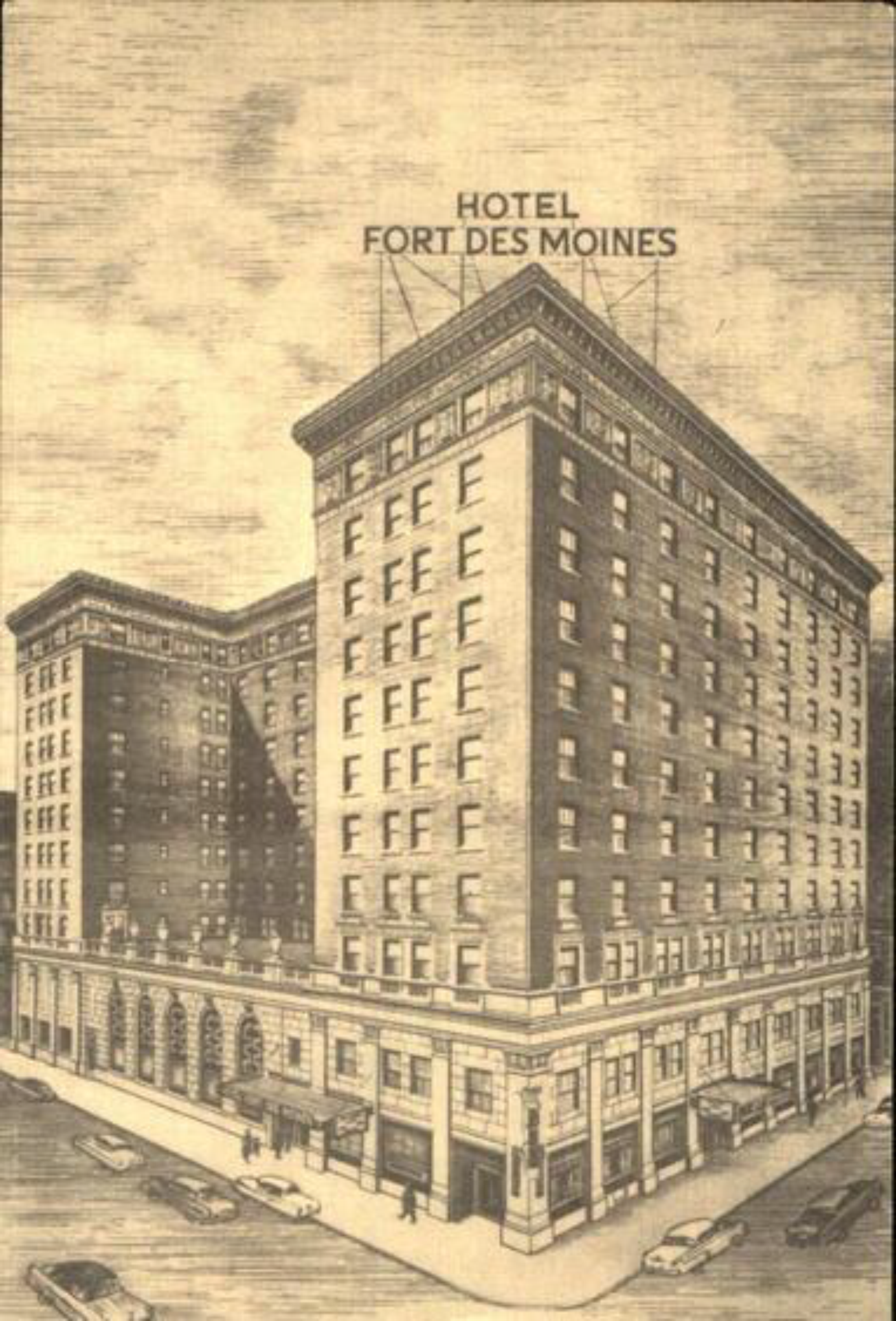 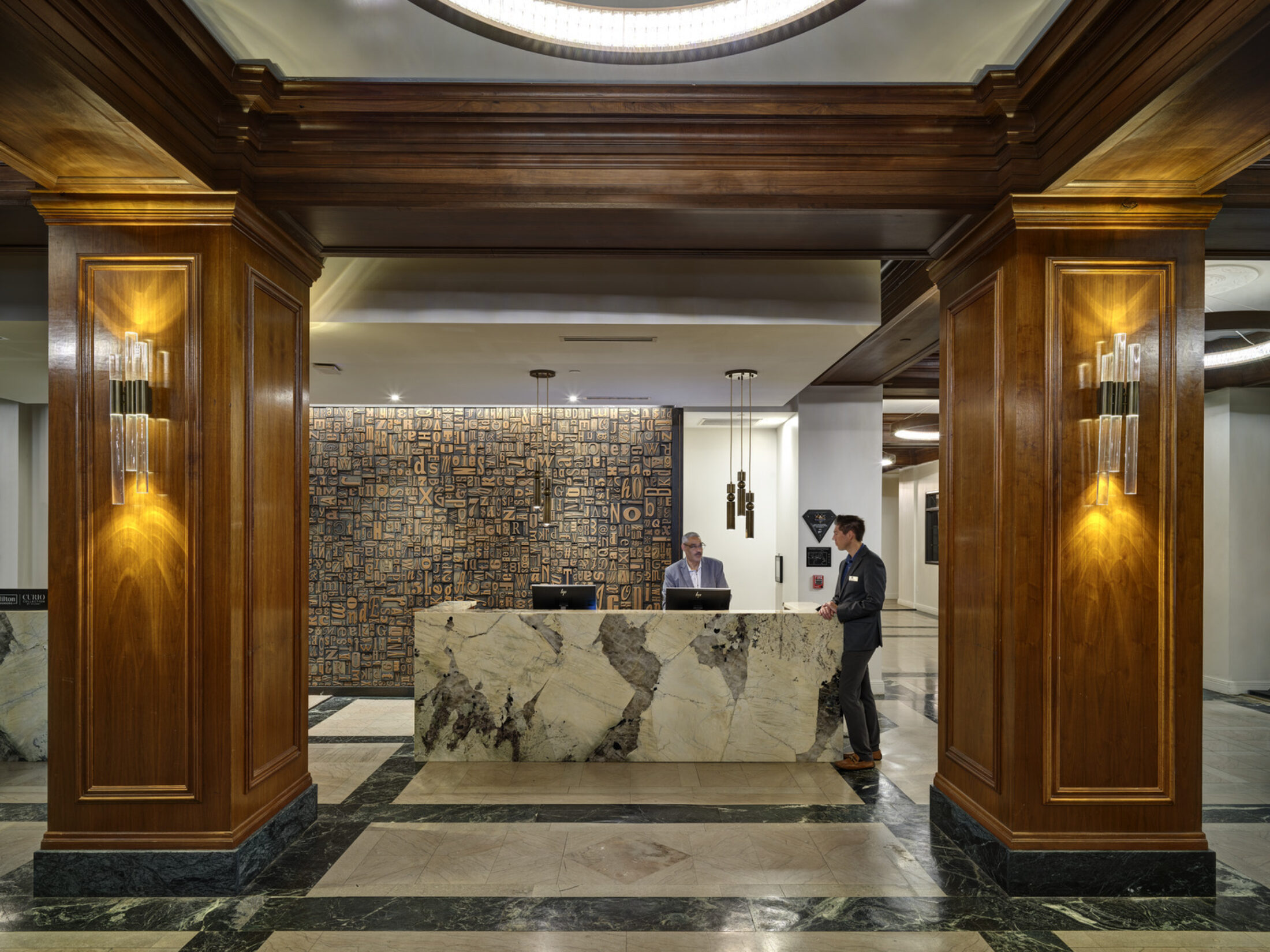 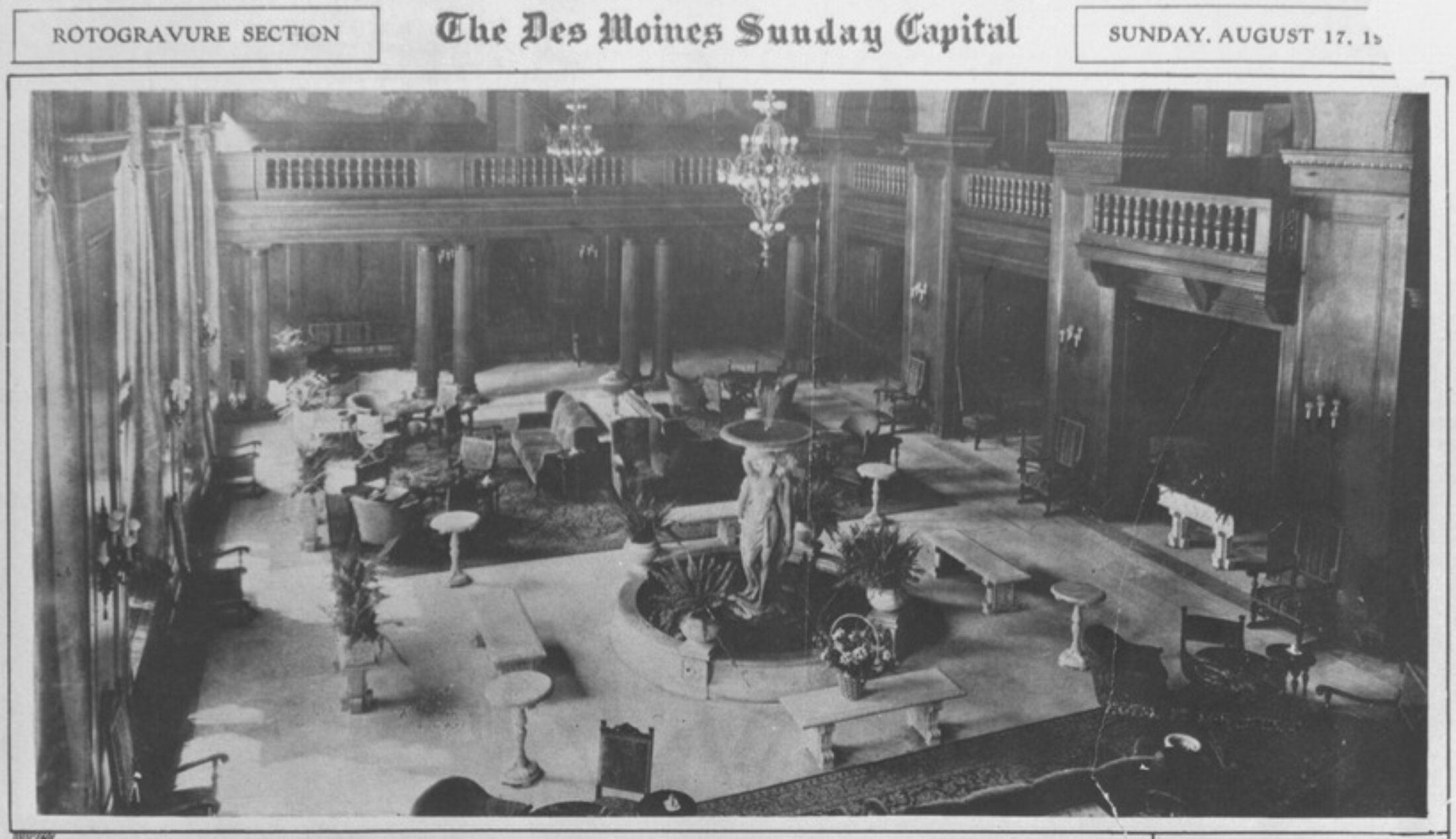 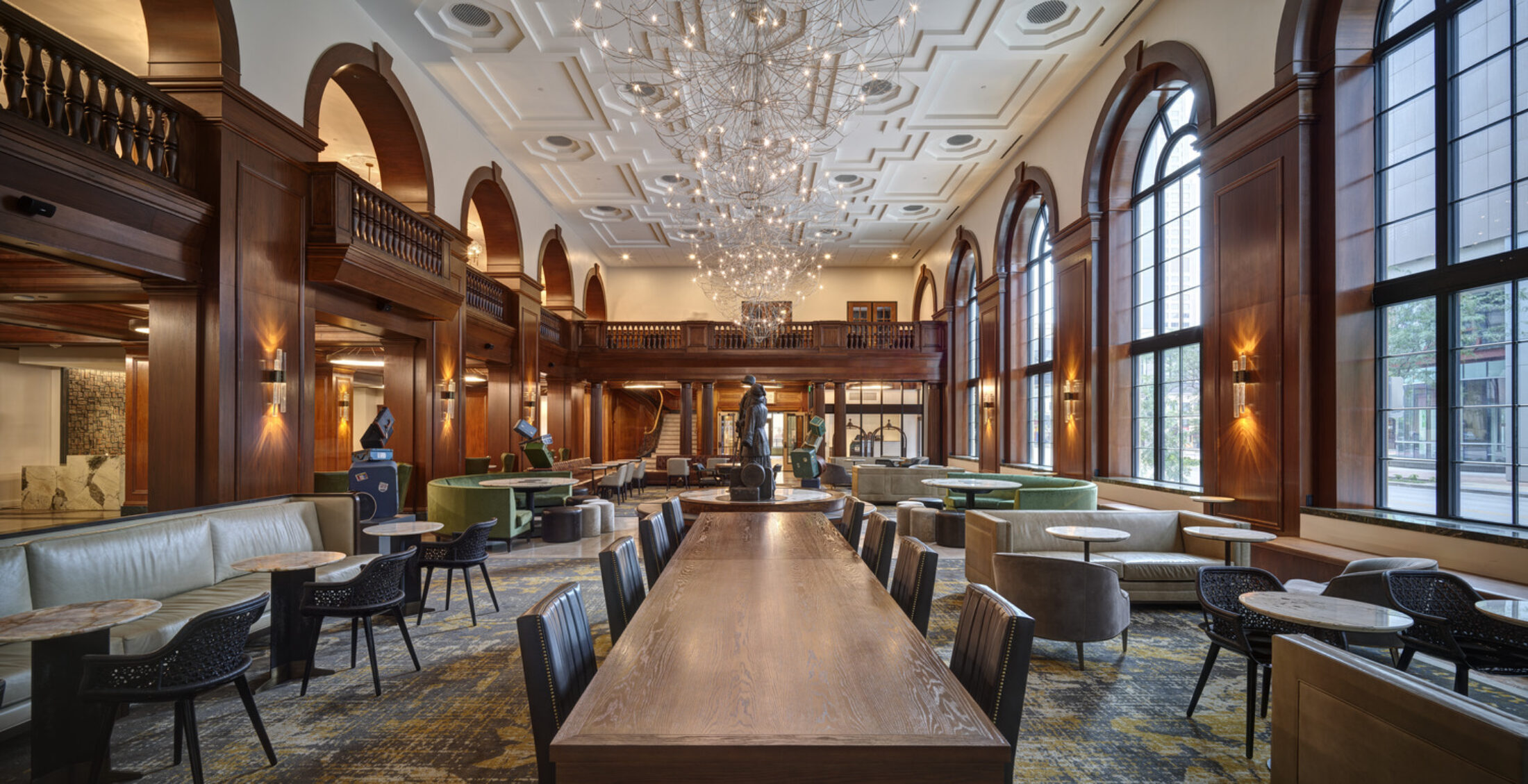 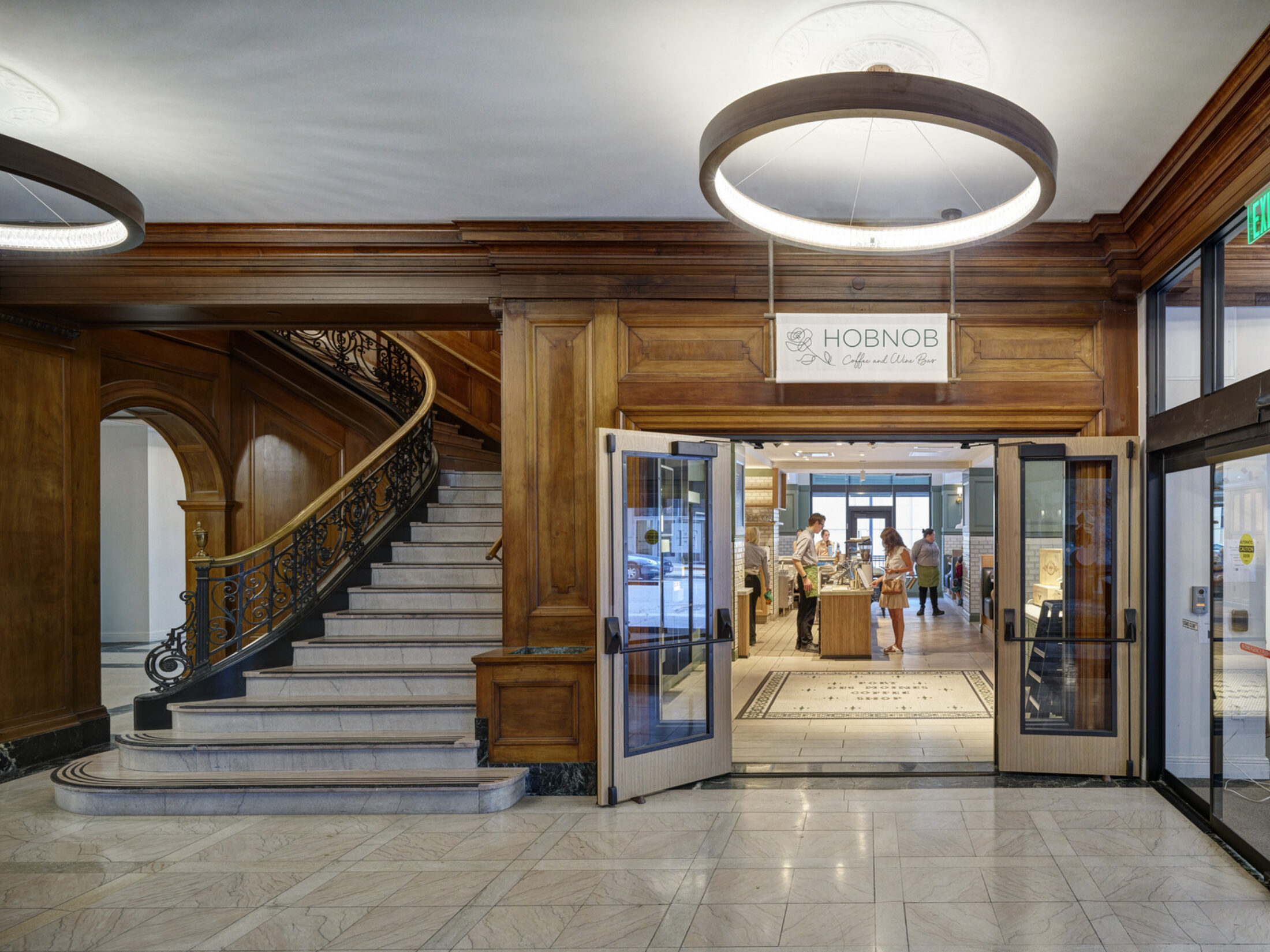 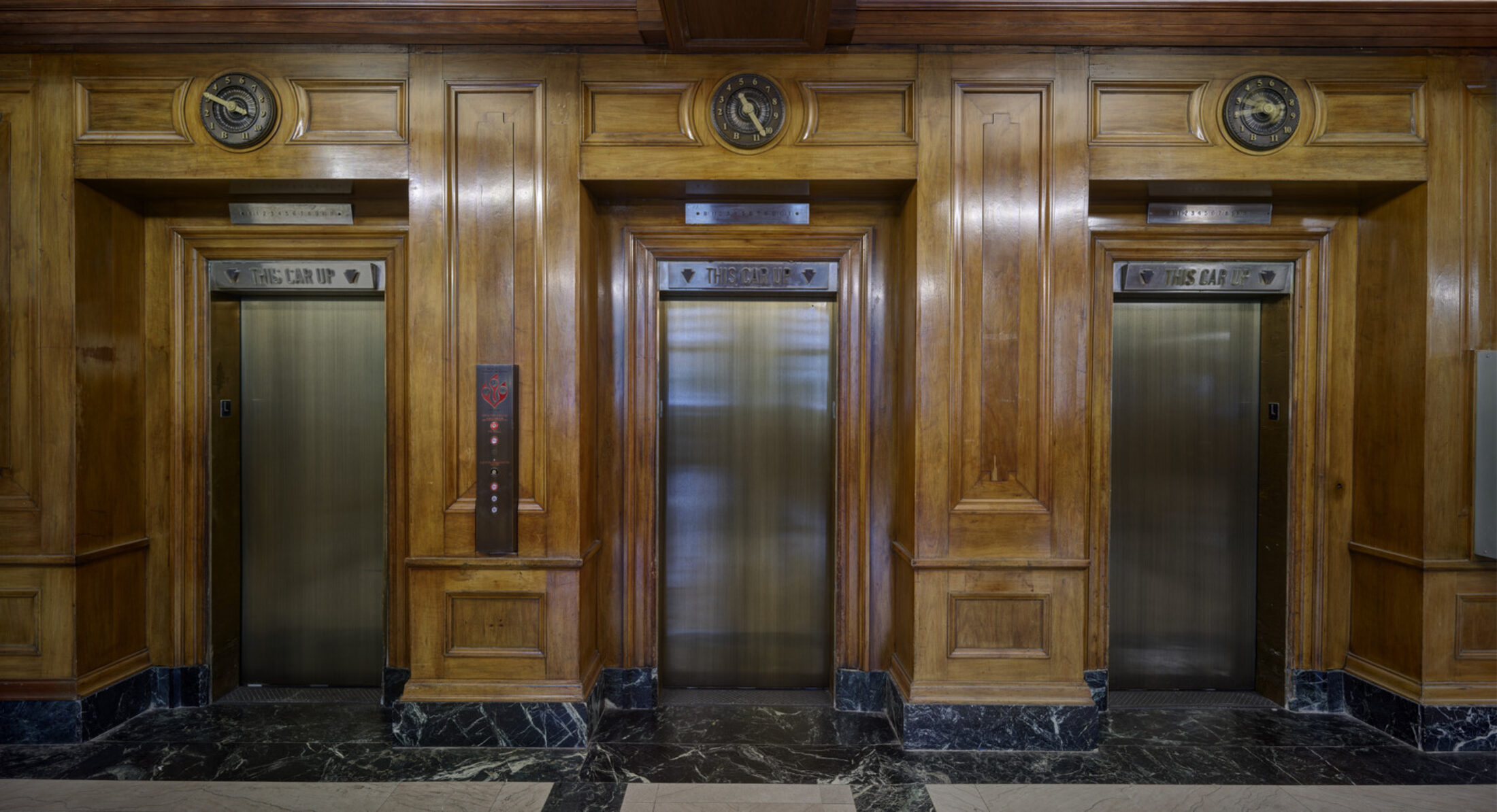 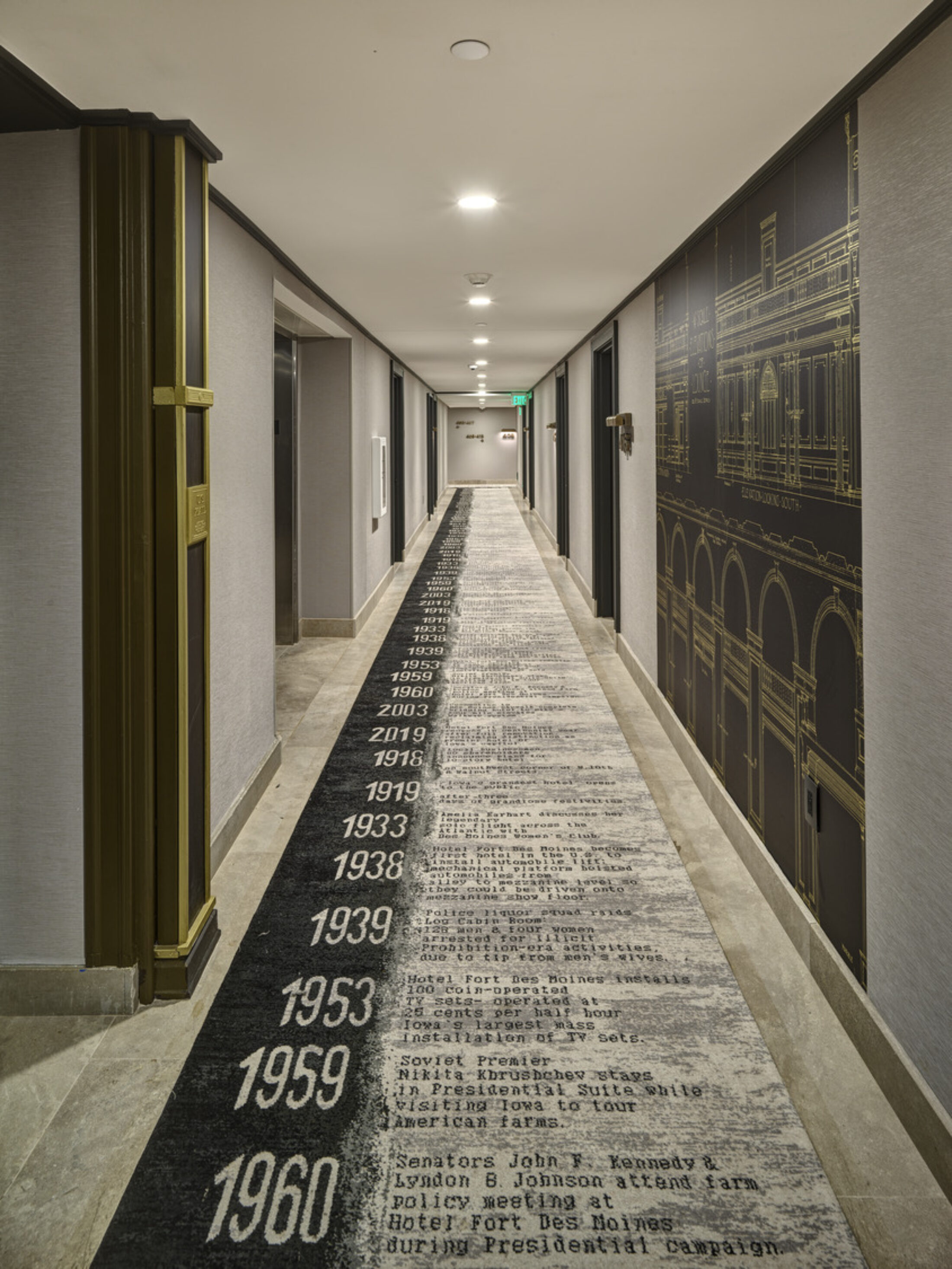 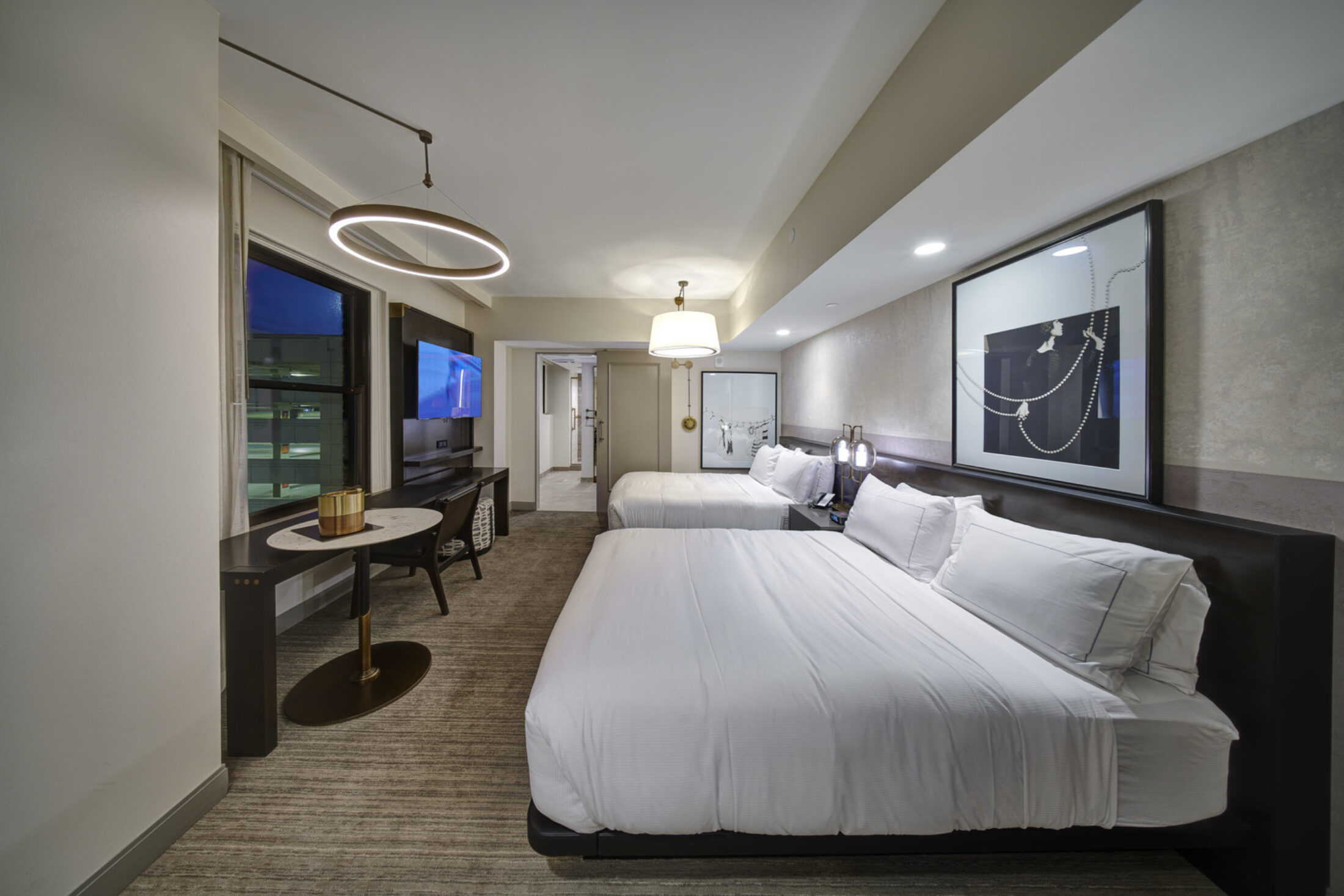 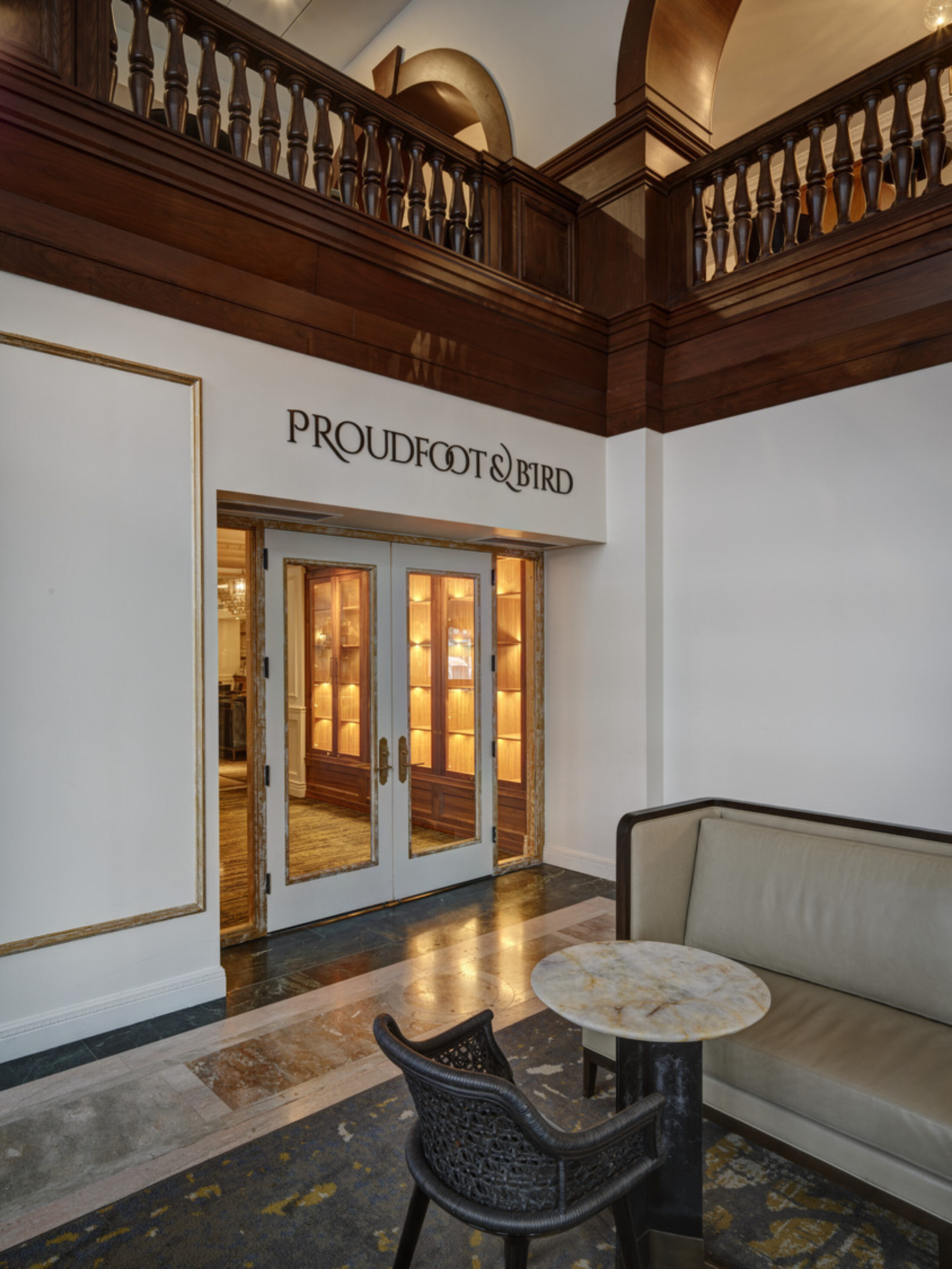 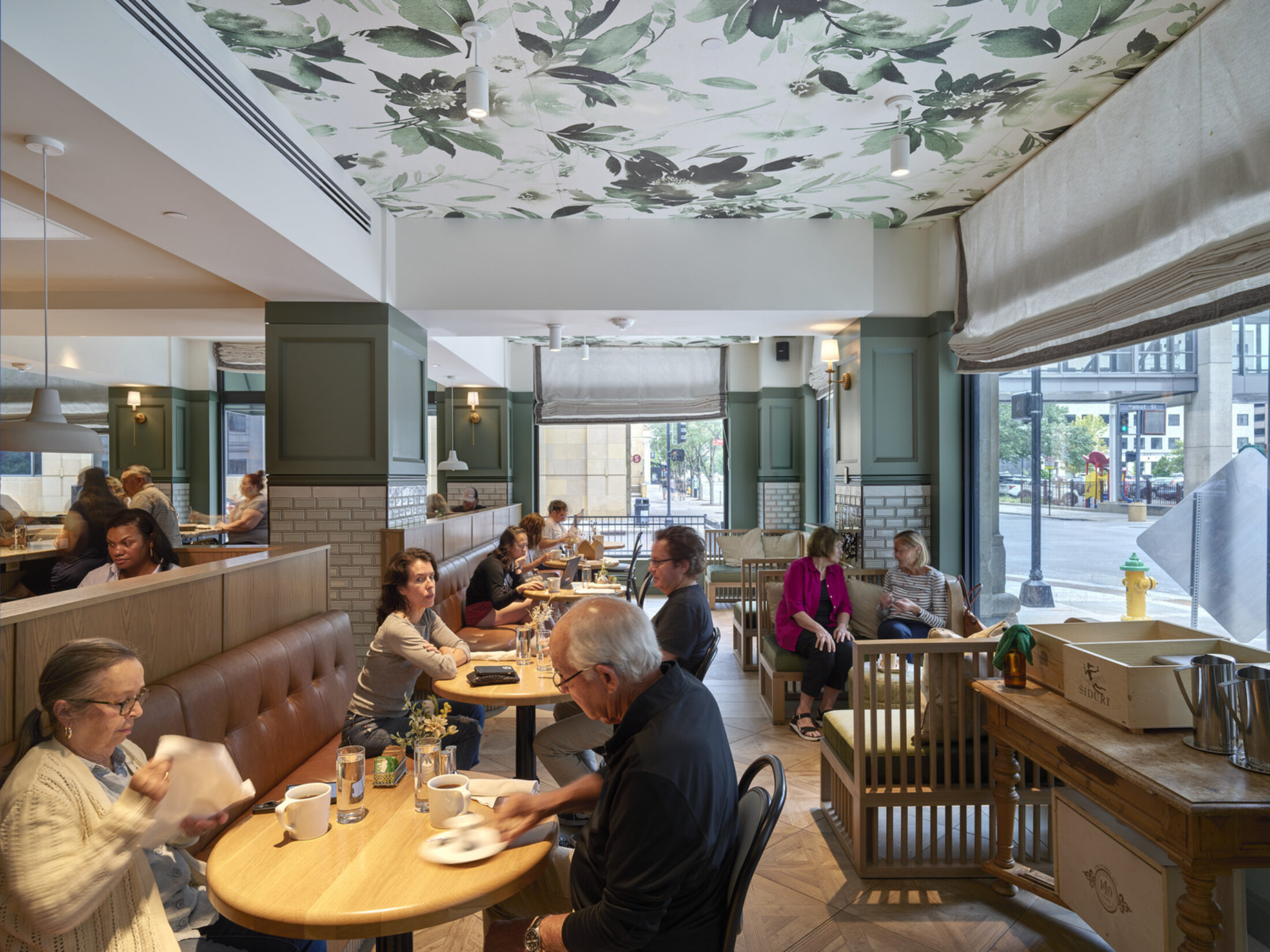 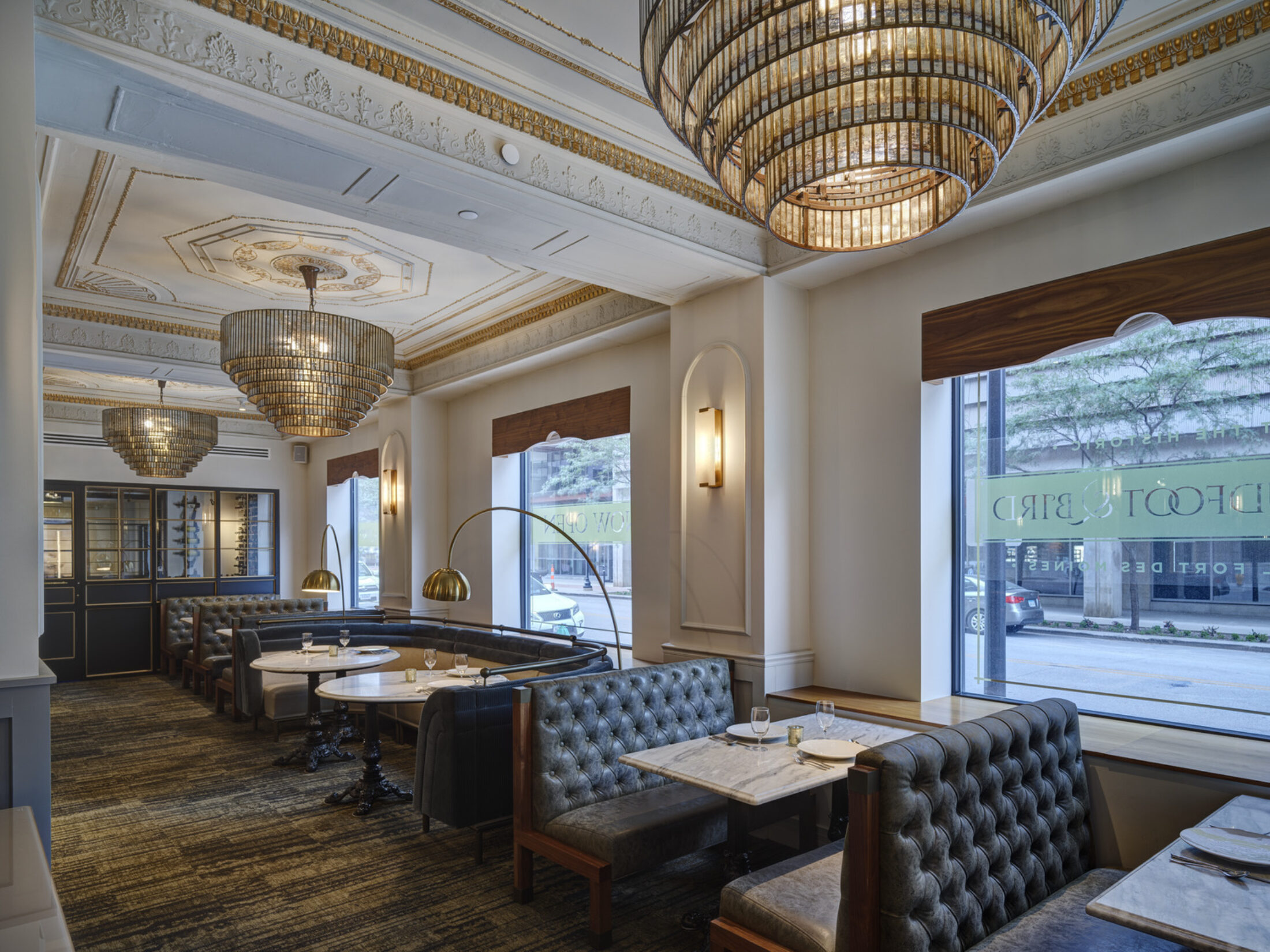 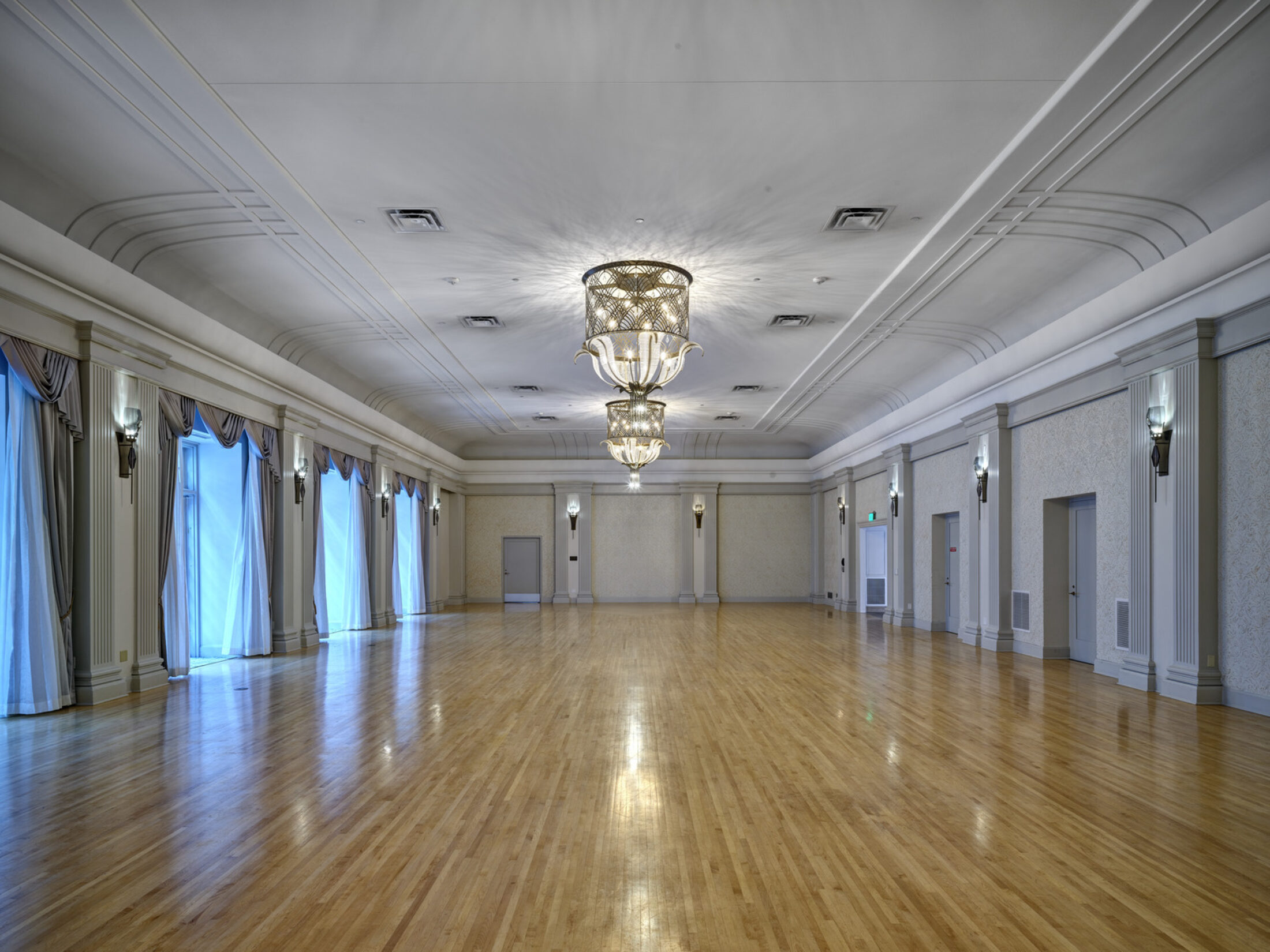 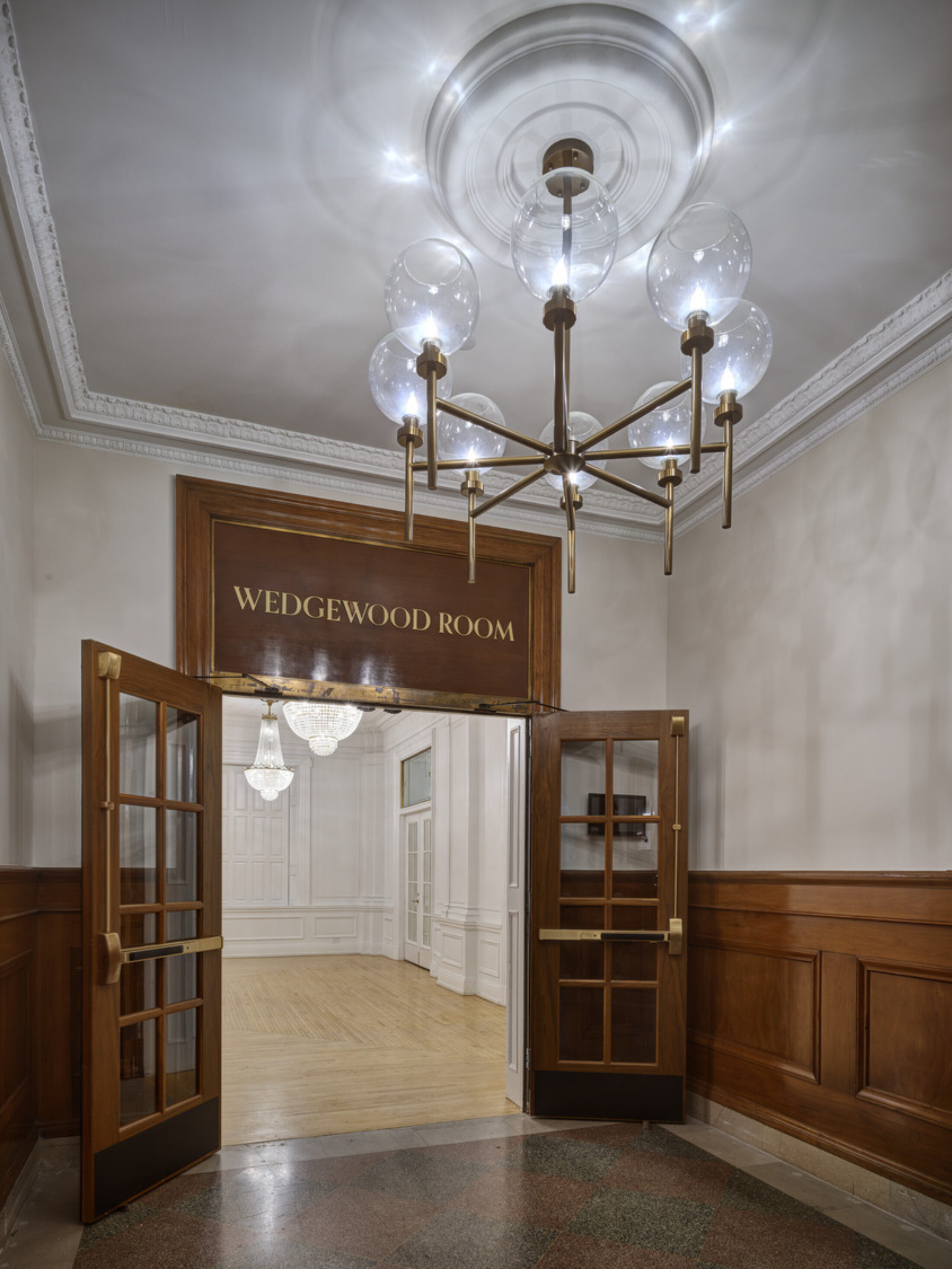 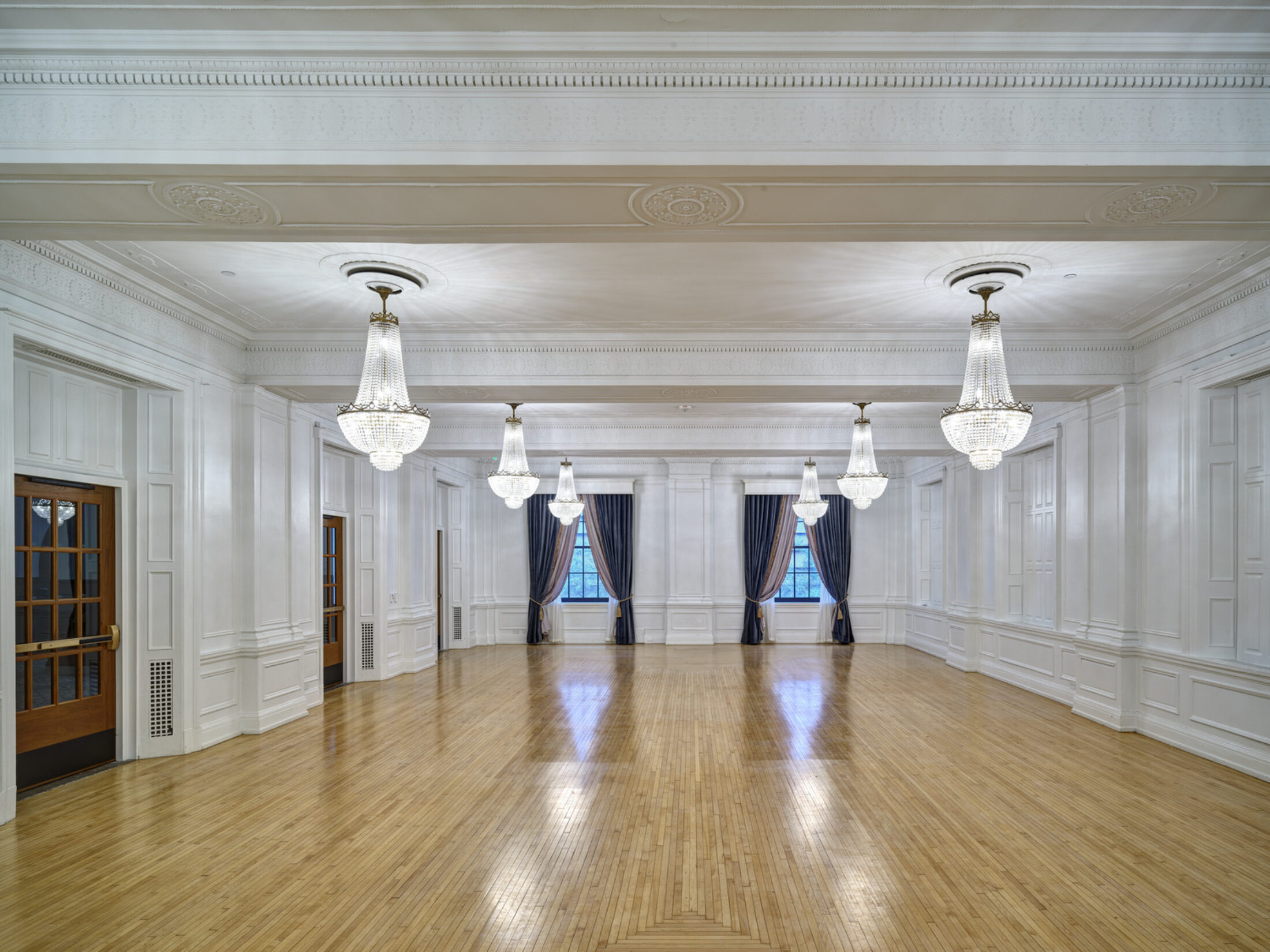 Hawkeye Hotels sought INVISION’s expertise to renovate the historic Hotel Fort Des Moines into a full-service Curio Collection by Hilton boutique hotel. The original hotel, which opened to the public in 1919 as the largest hotel in the state, was designed as an 11-story, renaissance commercial style, reinforced concrete building by the former noteworthy Des Moines architectural firm of Proudfoot, Bird and Rawson. The building footprint utilizes an ​“H‑shape” with two-story front infill serving as an enclosed atrium. Design features include the classical base-column-capital tripartite divisions, a façade in the two-story lobby consisting of five semi-circular arches set into granite and limestone veneer, exterior stonework extending up to the third floor, matching parapet with stone finials topping the atrium, prominent terra-cotta entablature and cornice along the uppermost floor.

The building, which has been in continuous operation over the last 100 years, includes 290 renovated guest rooms on floors three through 11, totaling approximately 241,000 gross square feet. The renovation retained the original floor layout, but the number of total guest rooms was cut, allowing for larger rooms to accommodate modern travelers. A second level infill completed in 1962 was demolished to provide the hotel and its guests with a fully restored, two-story lobby including a grand stairway and three-elevator hallway. In addition, the first two stories boast public spaces including a study, reading room, the Walnut Boardroom, Proudfoot & Bird restaurant and Hobnob Coffee and Wine Bar, a café with storefront features and outdoor seating.

Both the Grand Ballroom and Wedgewood Ballroom were renovated, bringing back their original grandeur. The existing west courtyard was redesigned as a ​“pocket-park” with a new exterior ceremonial staircase that connects to the grand ballroom. The basement includes a high-end fitness area in what was once the hotel’s barber shop. A basement speakeasy, accessible through the Hobnob Coffe and Wine Bar on the first floor, will also serve as a public venue. The interior of the hotel was carefully curated with details such as the selected material palette, custom historic timeline carpeting, restoration of historical elements and handwritten gold-inlay hotel logos on each hotel room headboard to pay homage to the hotel’s history and to accurately recreate an era of the past through a seamless combination of both new and repurposed material.

Hotel Fort Des Moines was an ambitious, historic renovation in the heart of the downtown district that took significant time, resources and budget to restore back to its original grandeur. Raj Patel and the ownership group at Hawkeye Hotels had a vision they weren’t willing to compromise, and the result is a hotel that the city and its people can be proud of. The amount of time and effort poured into this restoration is a testament to the dedication of the project team to restore a once-renowned city treasure, but also shows the level of detail and craftsmanship that went into the original building. Every space was carefully curated during the original construction in 1919 and has a story to share over a 100 years later. For INVISION, design decisions were made with an intention to uphold the building’s original character and unique aura. MEPT updates provide the client and guests modern-day amenities such as larger rooms, optimized heating and cooling systems and upgrades to the building envelope to increase energy efficiencies. The amount of detail found within the building is particularly impressive, from the terrazzo floor, wood trim, recreated ornate plaster ceilings and medallions found in the revived two-story lobby to the marble hallways (new marble was sourced from the same quarry as the original material over a century later) and recreated wooden window frames found in each guest room (produced by the grandson of Hotel Fort Des Moines architect William T. Proudfoot). This project was a one-of-a-kind endeavor, and it was simply a pleasure to be part of such an iconic restoration.