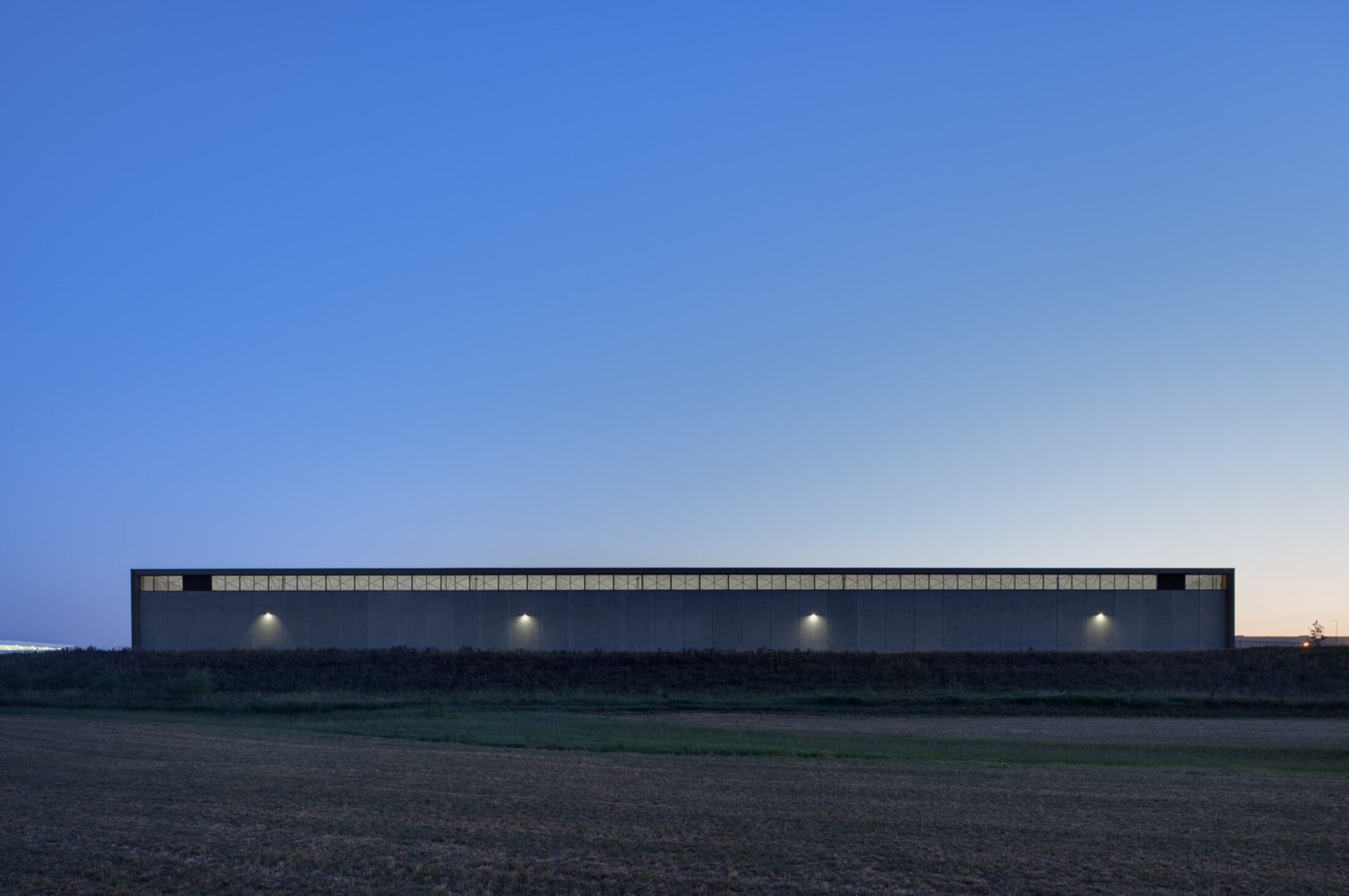 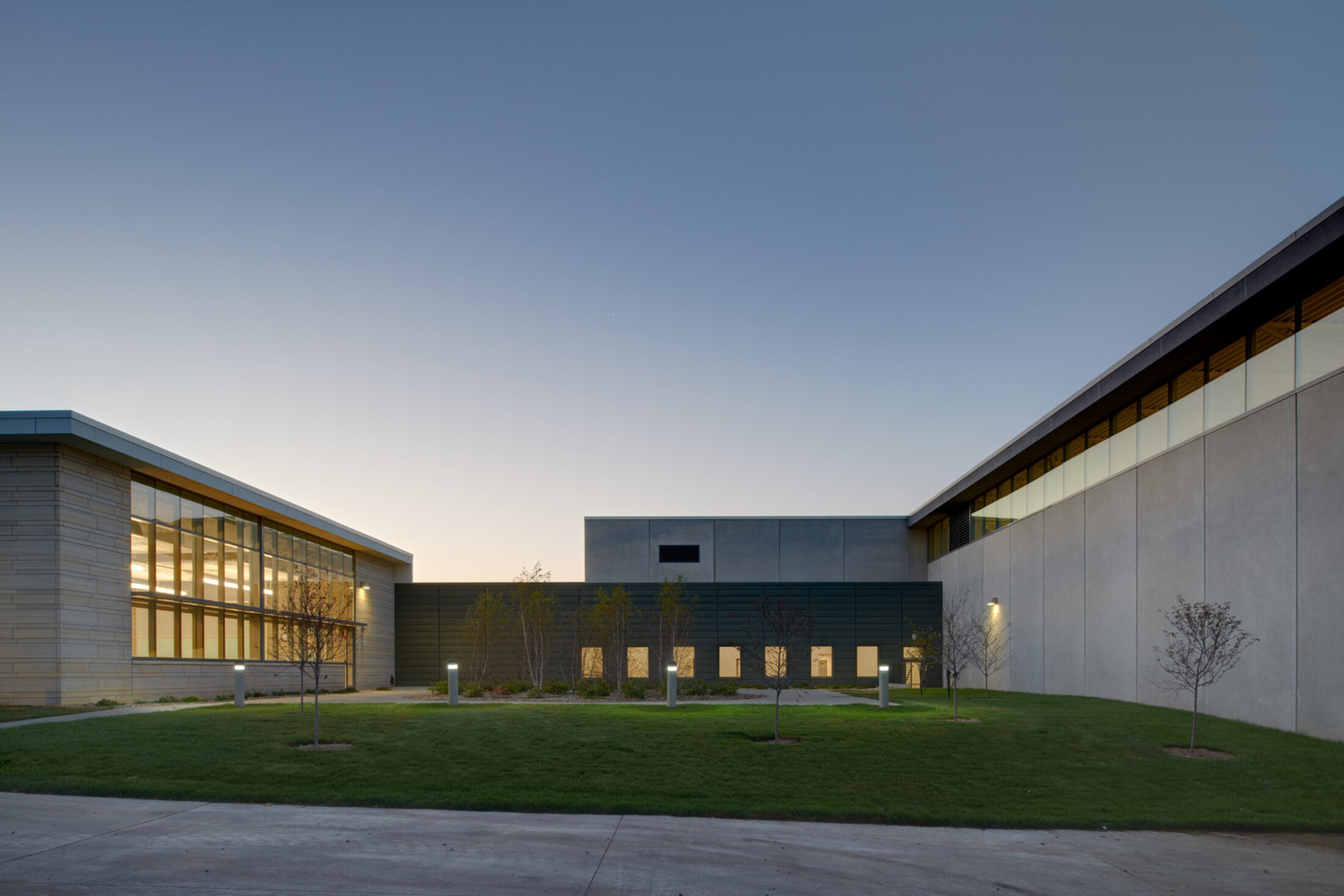 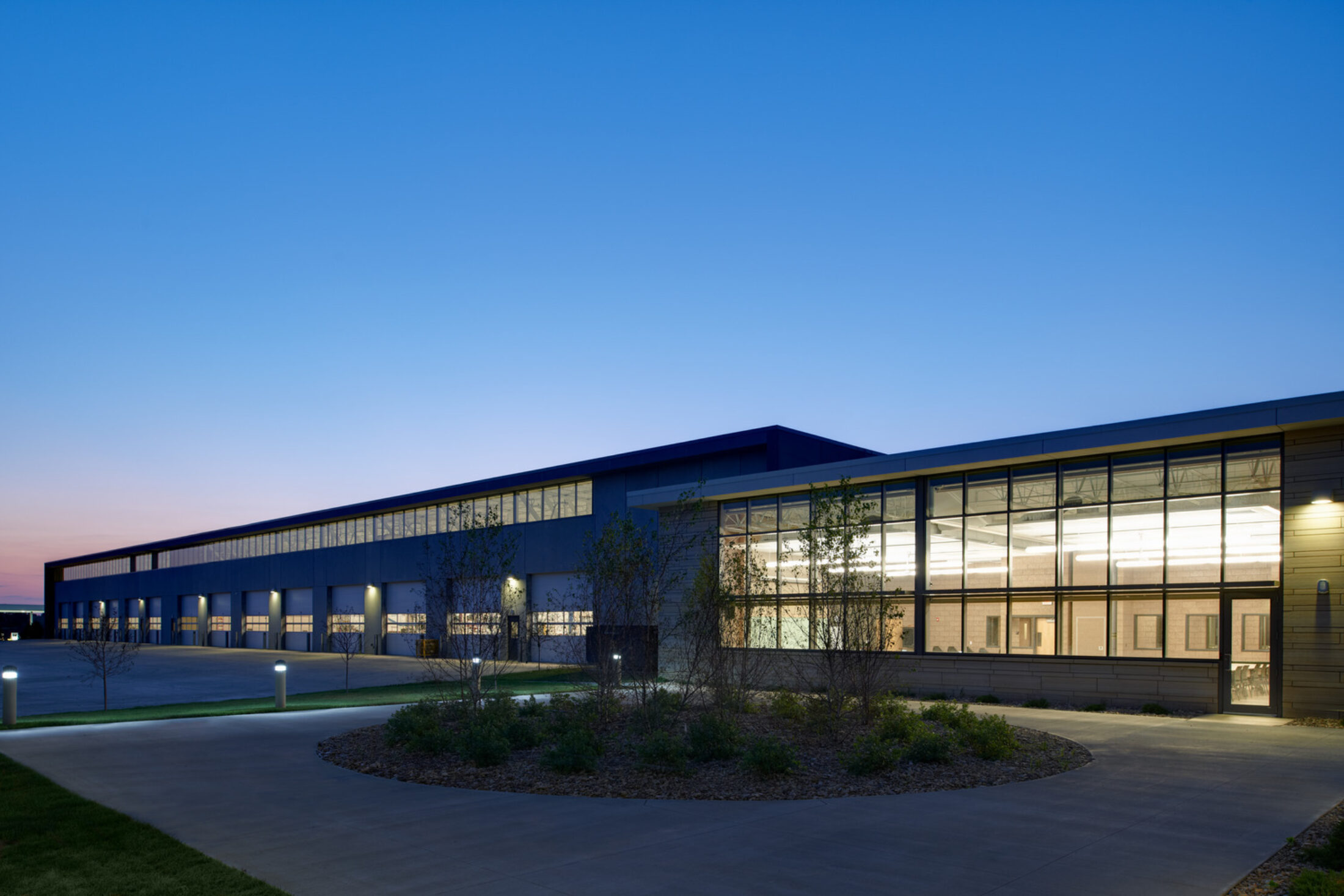 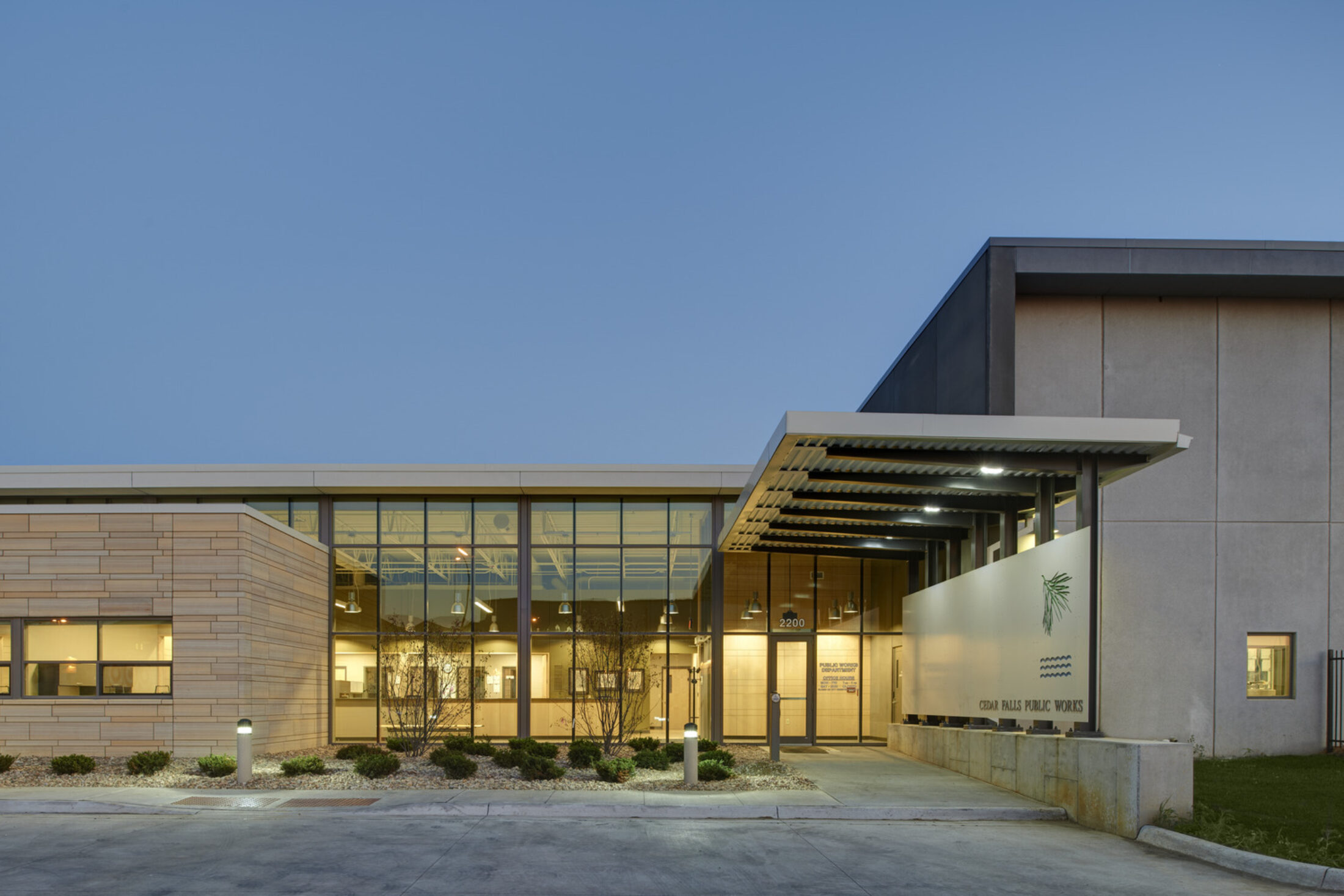 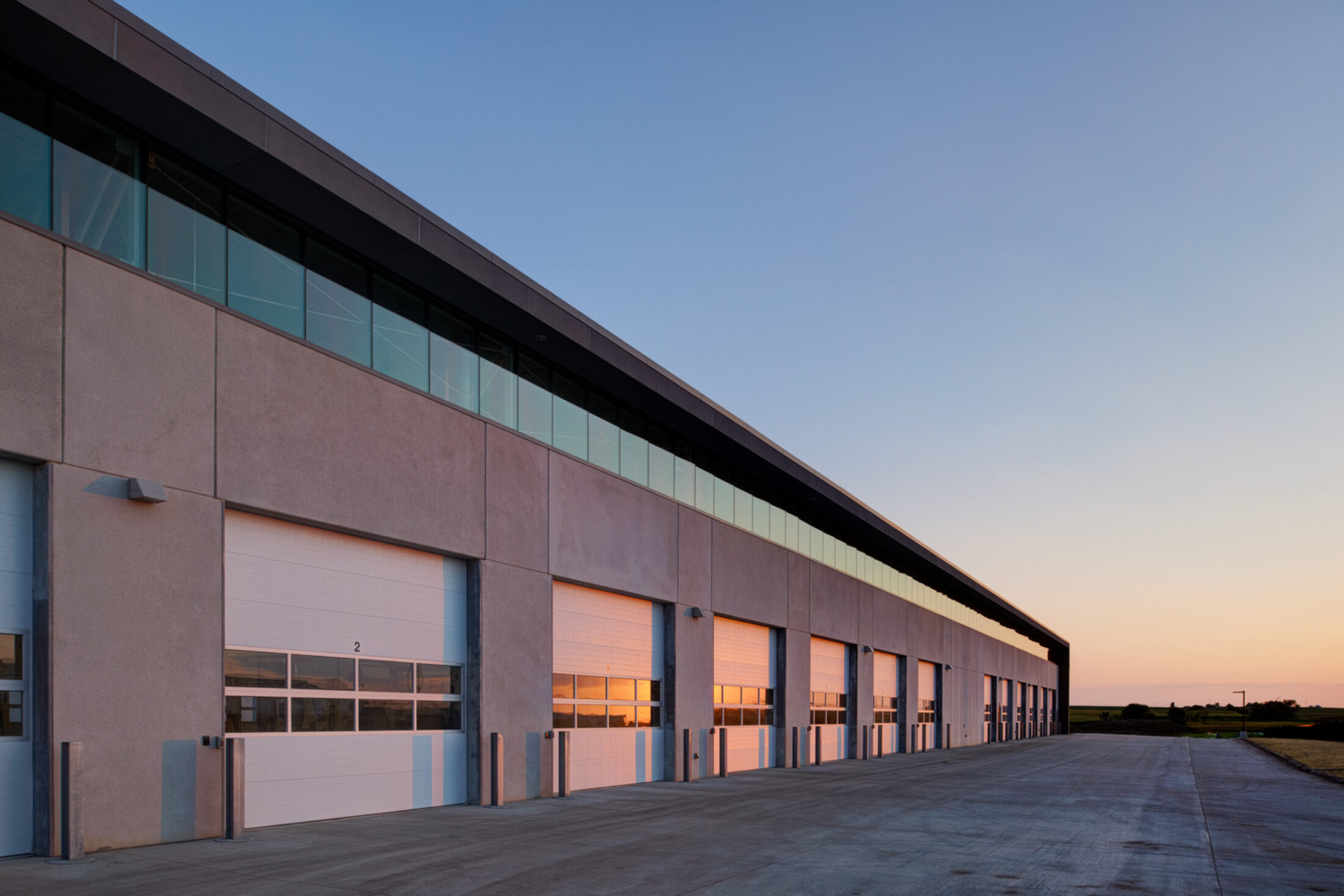 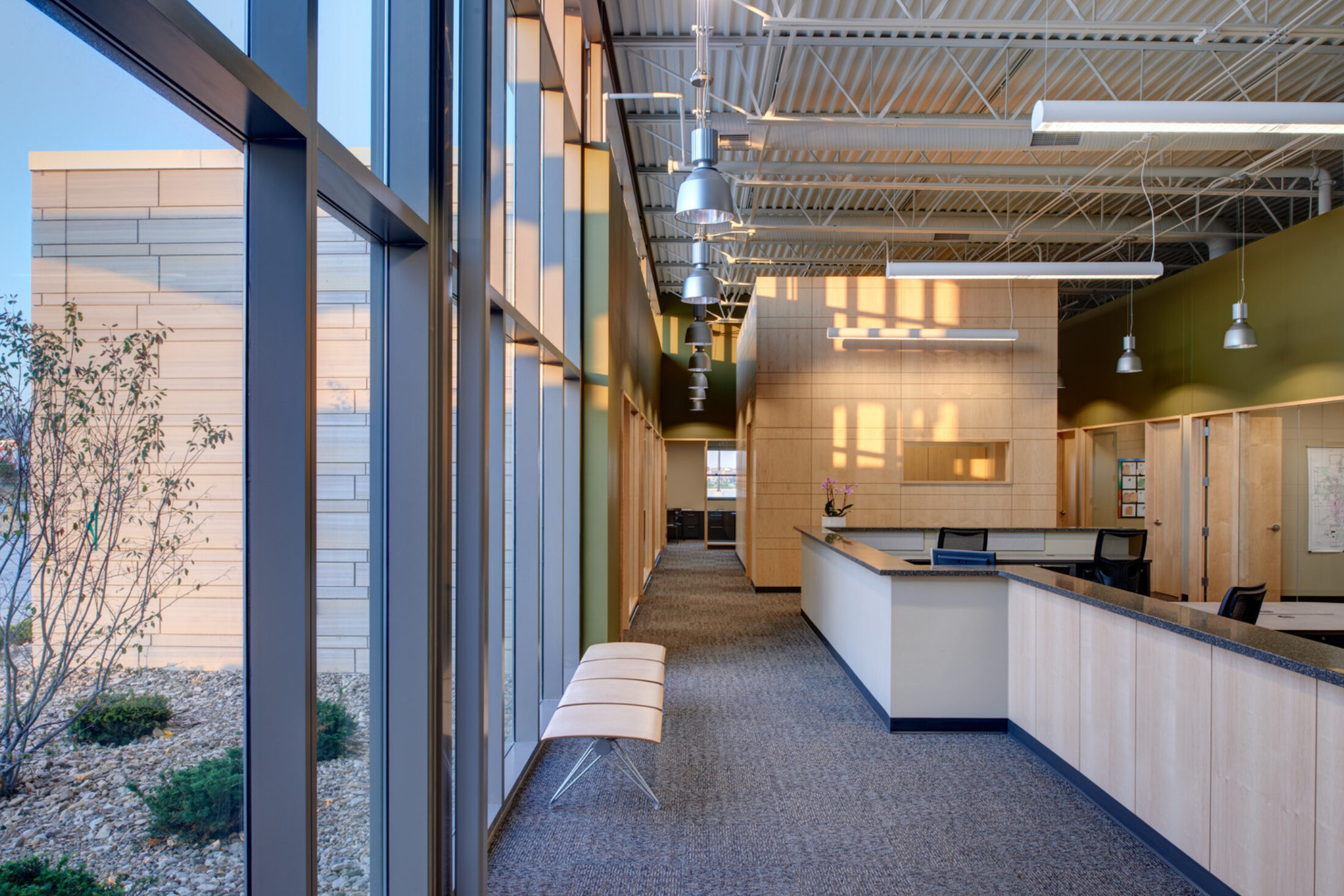 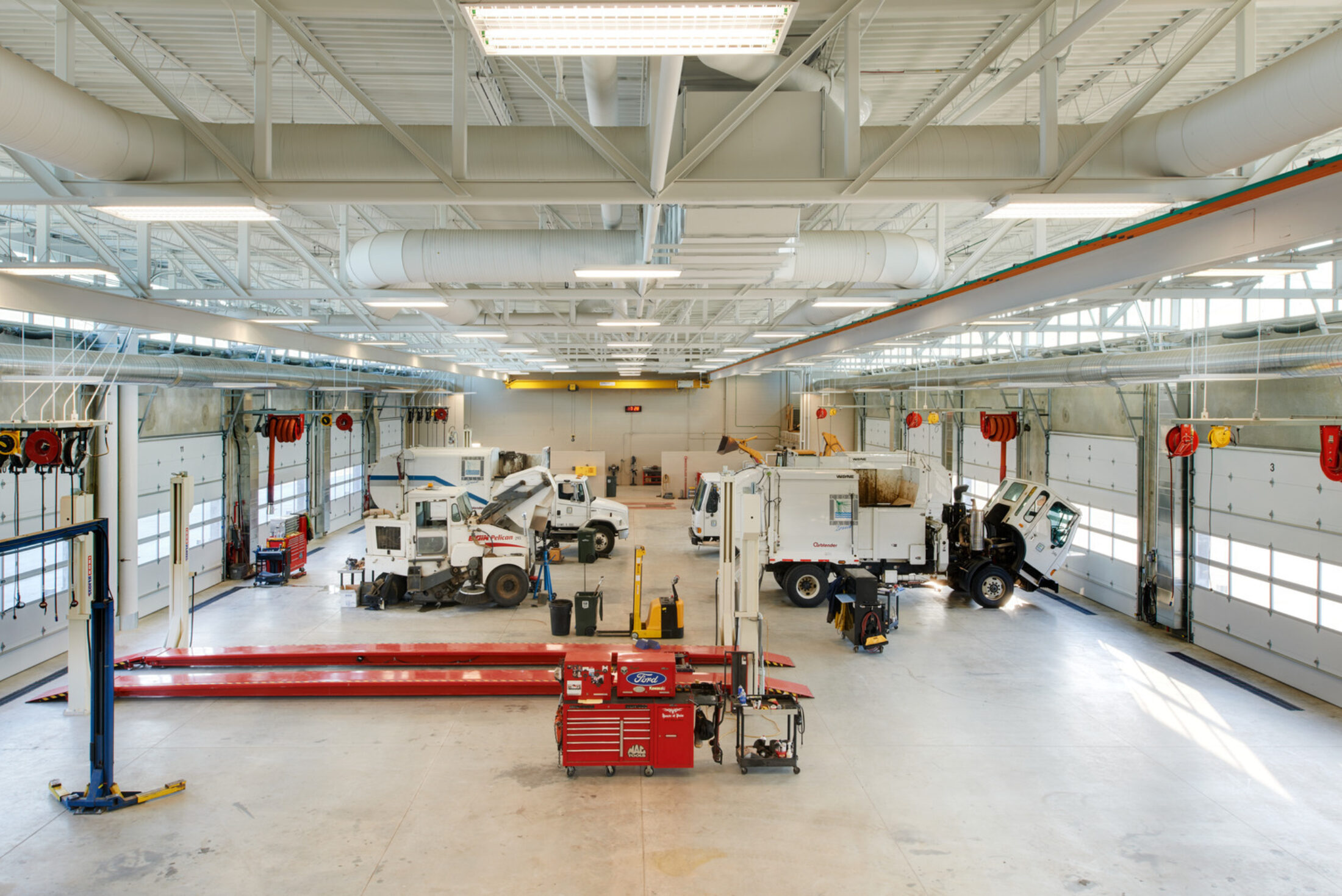 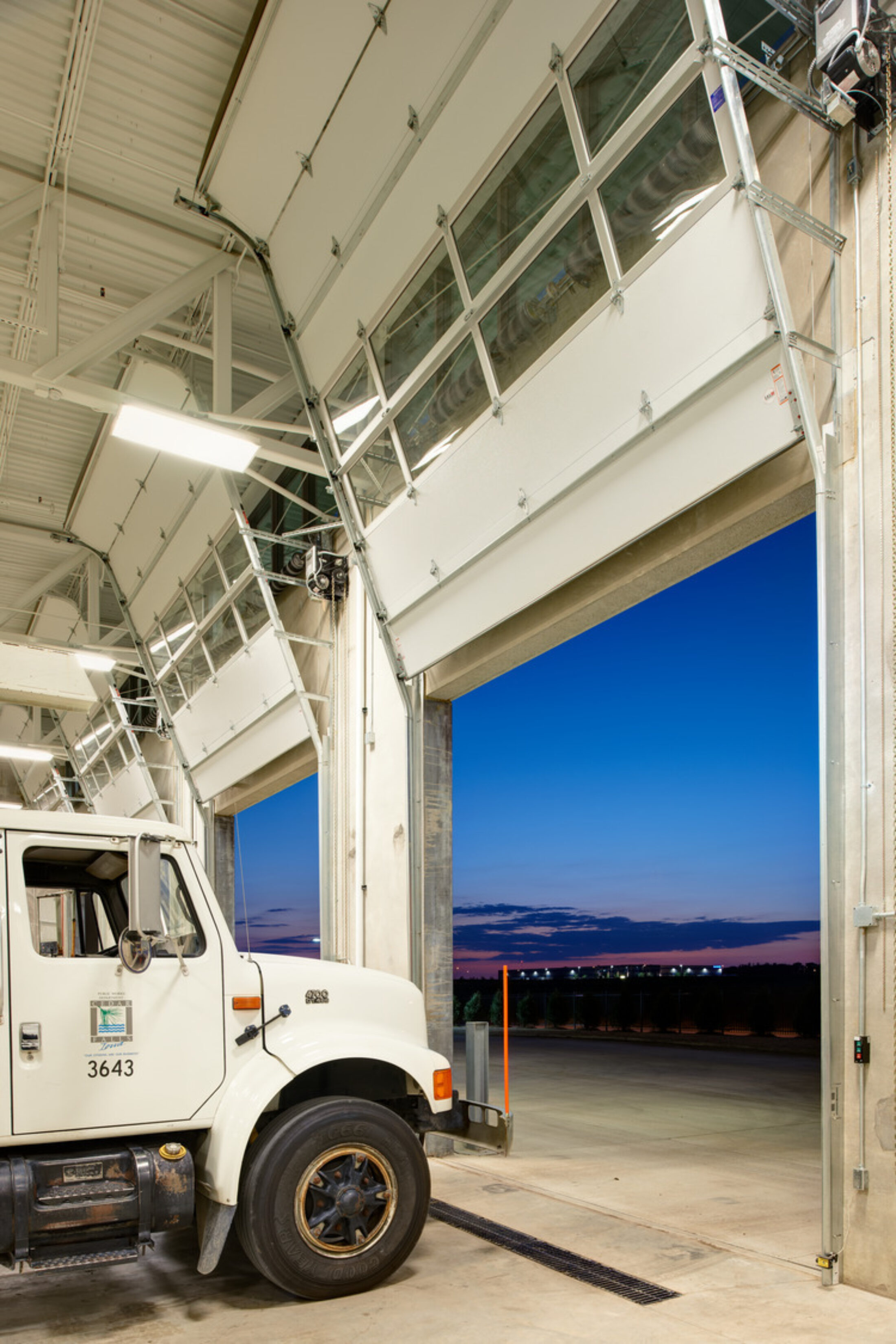 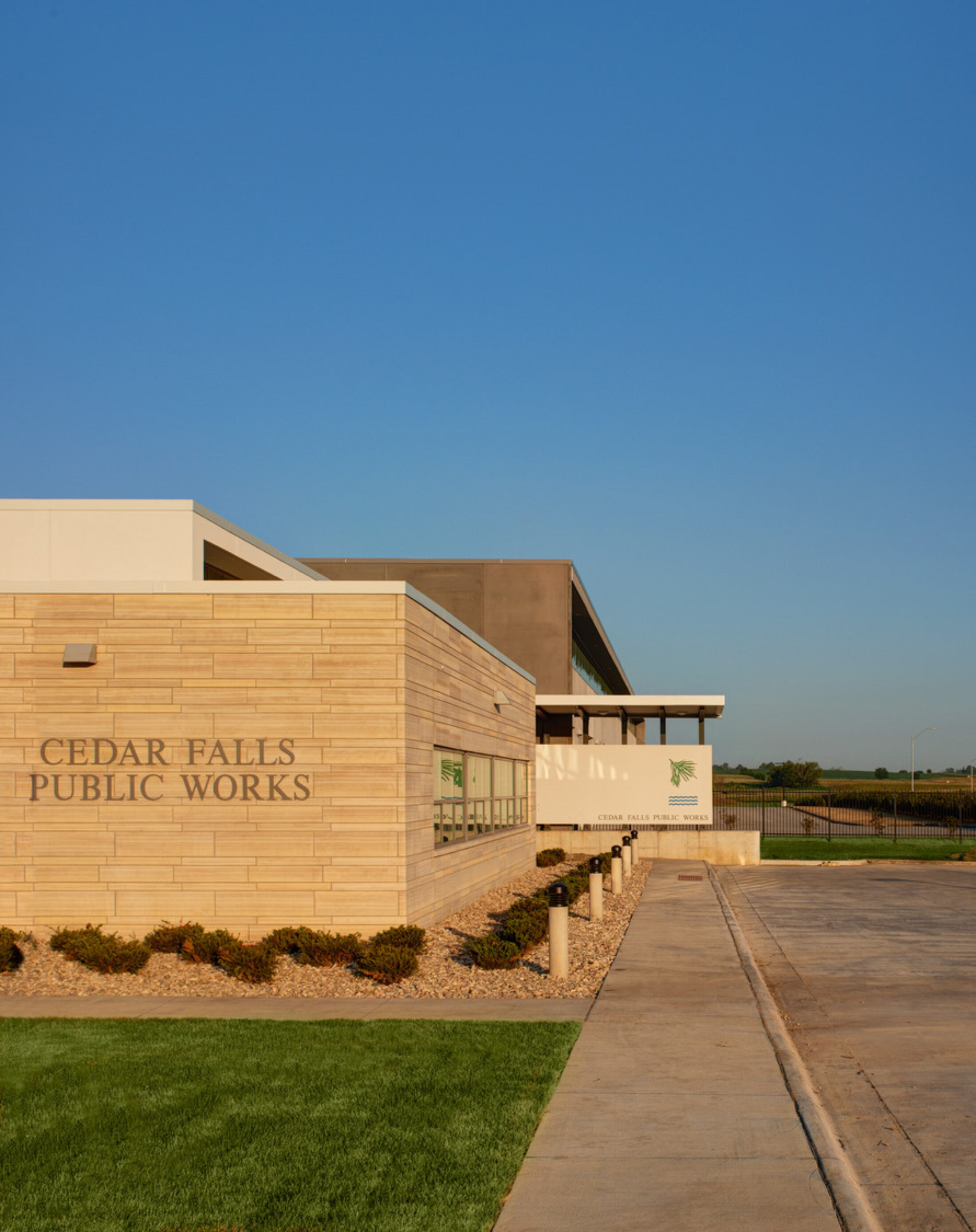 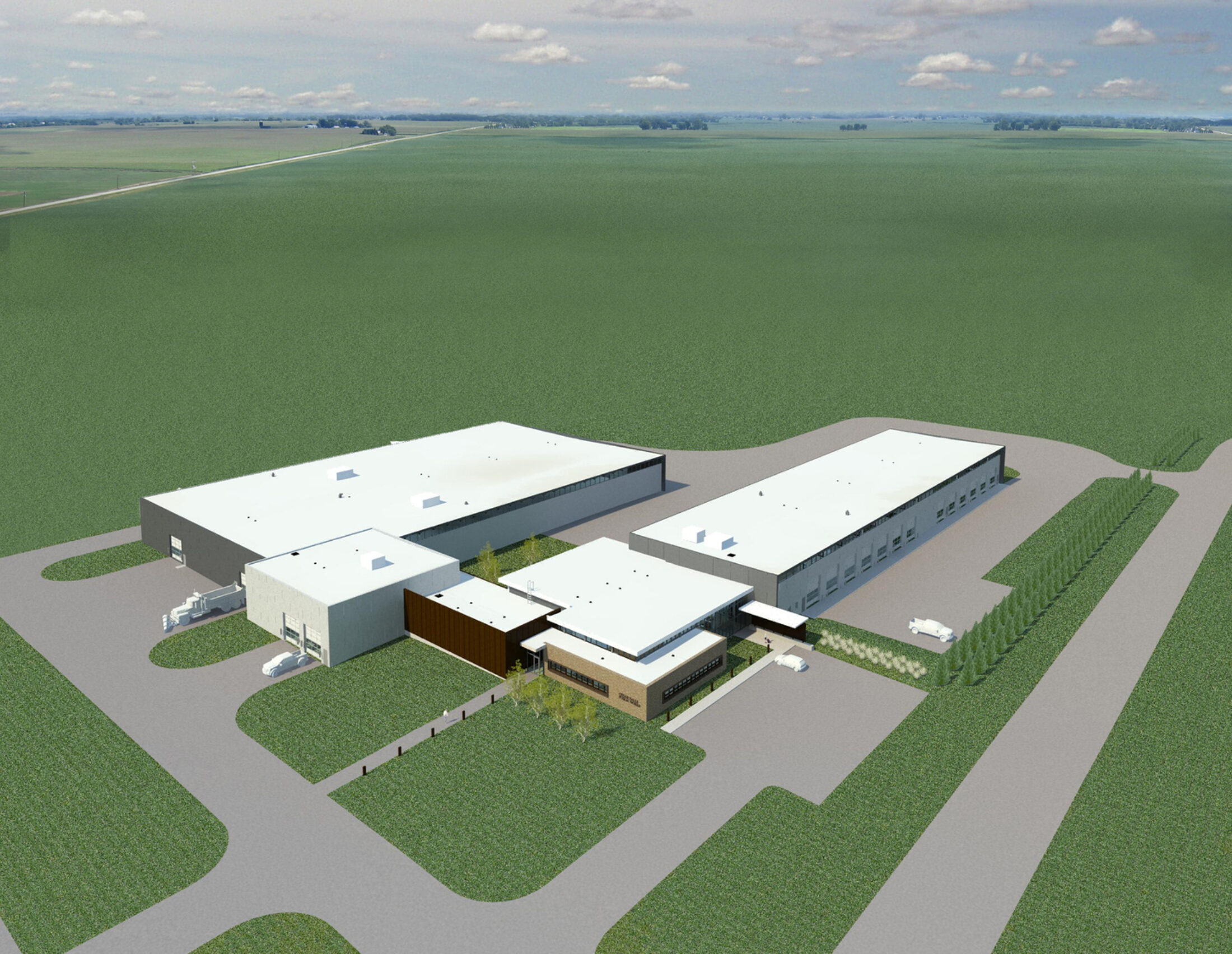 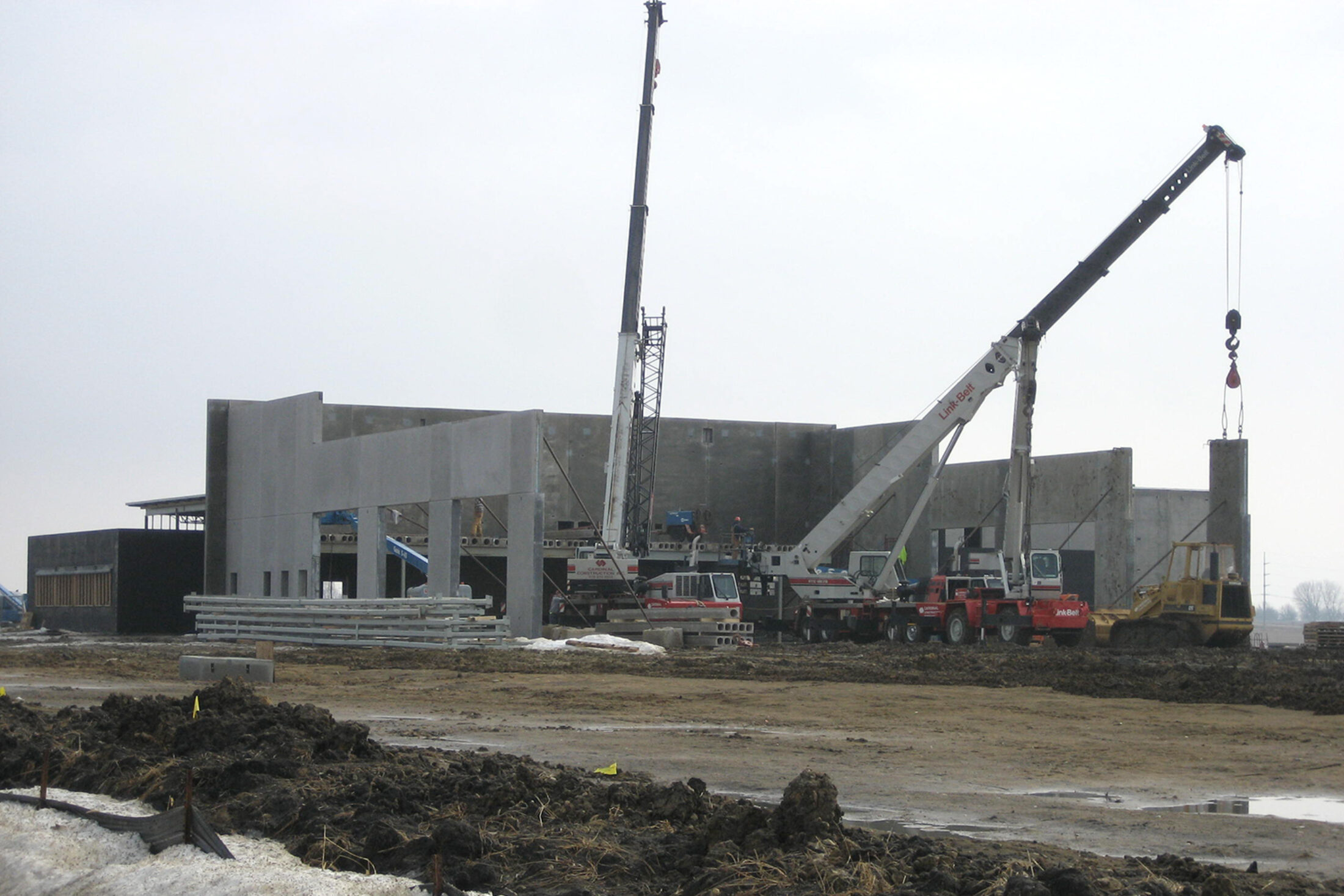 Following the flooding of their existing facilities in 2008, the city of Cedar Falls worked with INVISION to master plan a new facility. The site was chosen for city growth and sized for future expansions. The city wanted the building to consolidate multiple departments, all with different needs and functions. It therefore became important to create a cohesive building that had openness and daylight but could meet the demands of those different users. Flexible, open spaces accommodate multiple uses and also provide clear sight lines for supervision.

The concept INVISION designed improved work flow and efficiency for the city, including refuse vehicle storage, administrative offices, vehicle maintenance, crew room and locker rooms, traffic operations bays, and vehicle storage bays all in one new facility. A brine production building and fueling stations were also included, separate from the main building. The design team chose to utilize exposed, raw materials for their durability, including concrete, limestone, and zinc. The project was designed to LEED Silver certification, using geothermal heating and cooling as well as significant controlled daylighting throughout the building.

As we worked through the design process, it was evident that we had developed a solid team between INVISION, the owner, consultants and the contractor. Decisions were reached through a joint effort between the owner and the design team so it was easy to understand what was wanted inside the building. Communication was key for this project, and we had great team discussions from pre-design through construction.

I’ve always found INVISION not only responsive to my needs, but I could always rely on them to follow up. Their attention to detail and ability to work with all those involved made for a successful project.”