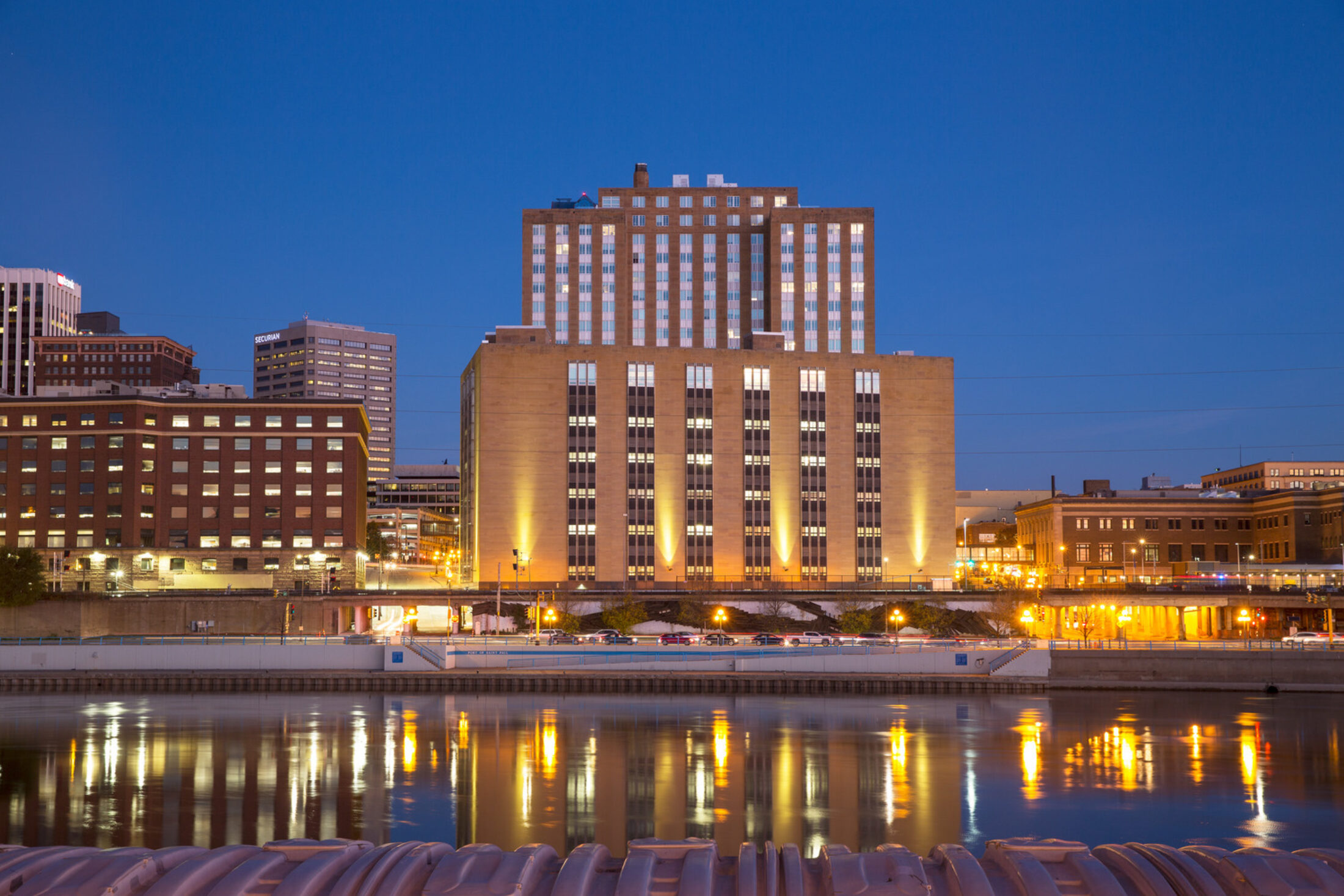 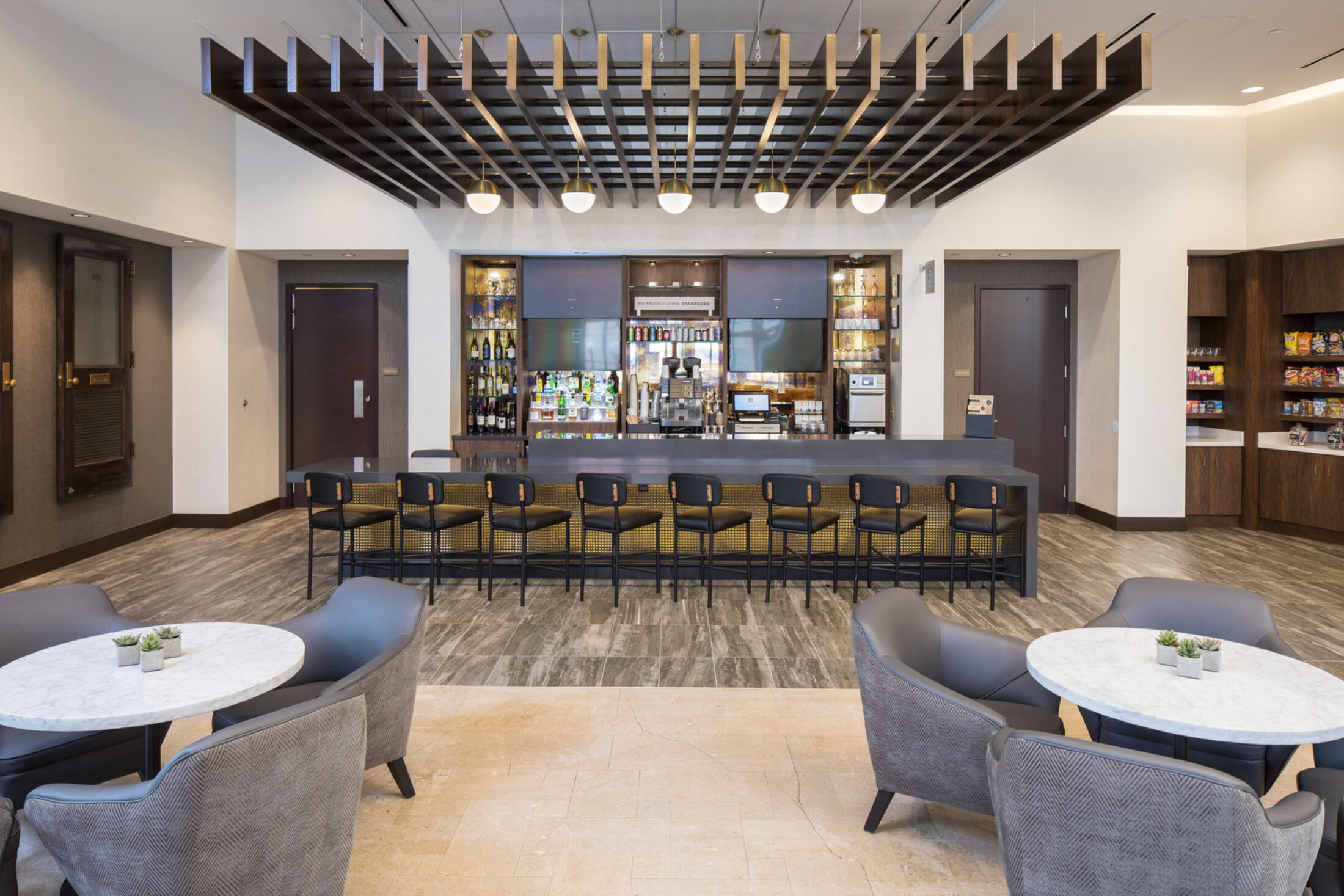 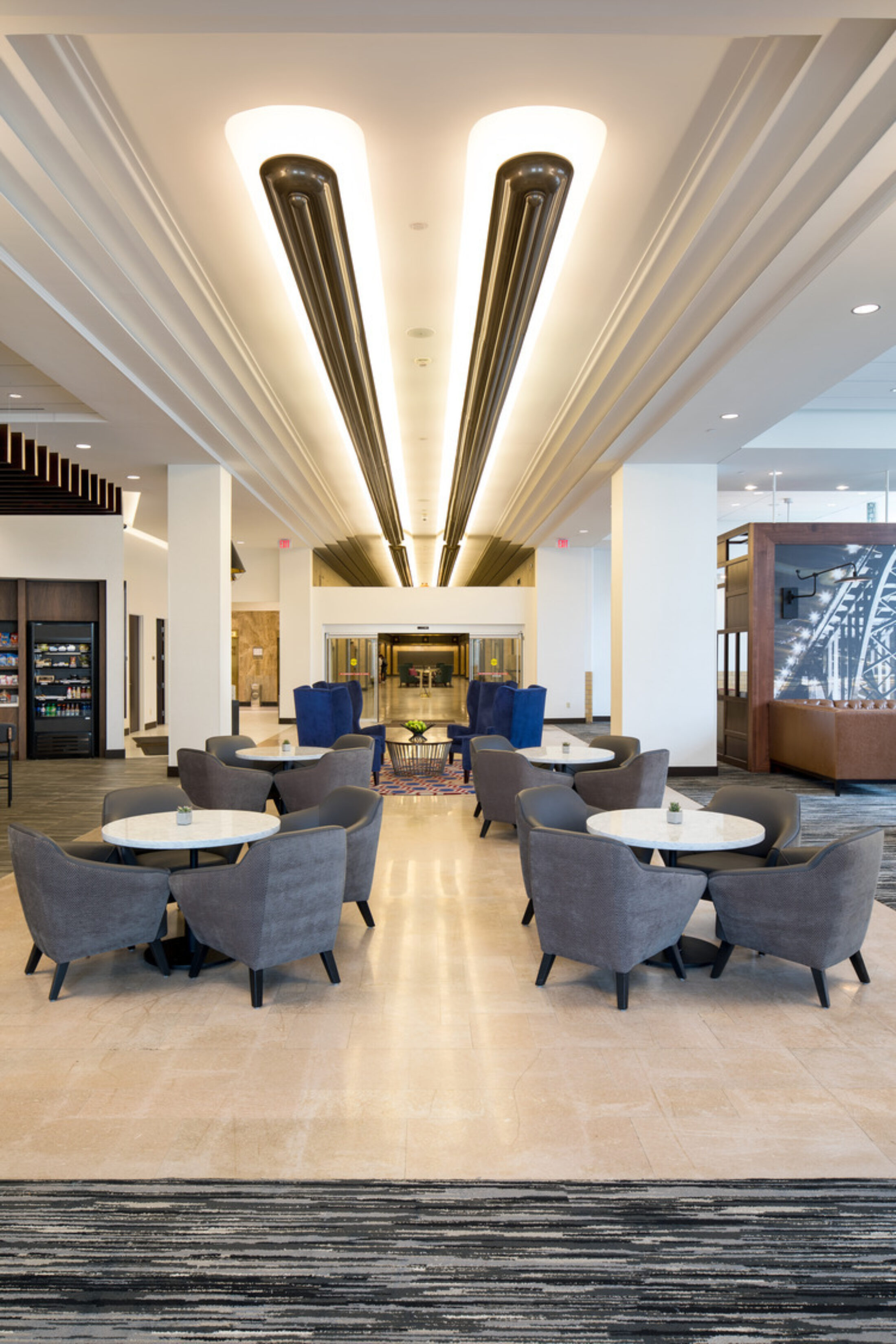 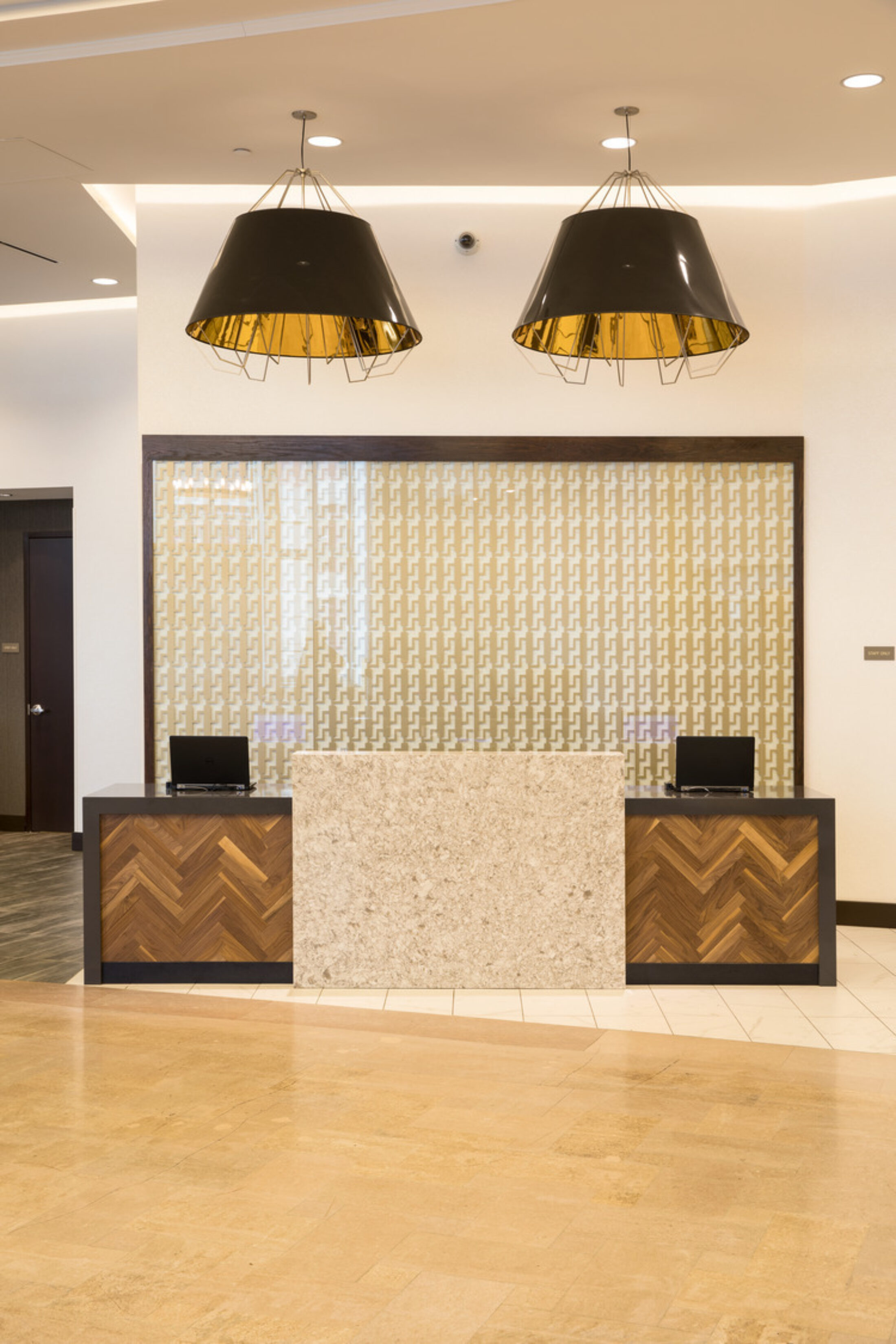 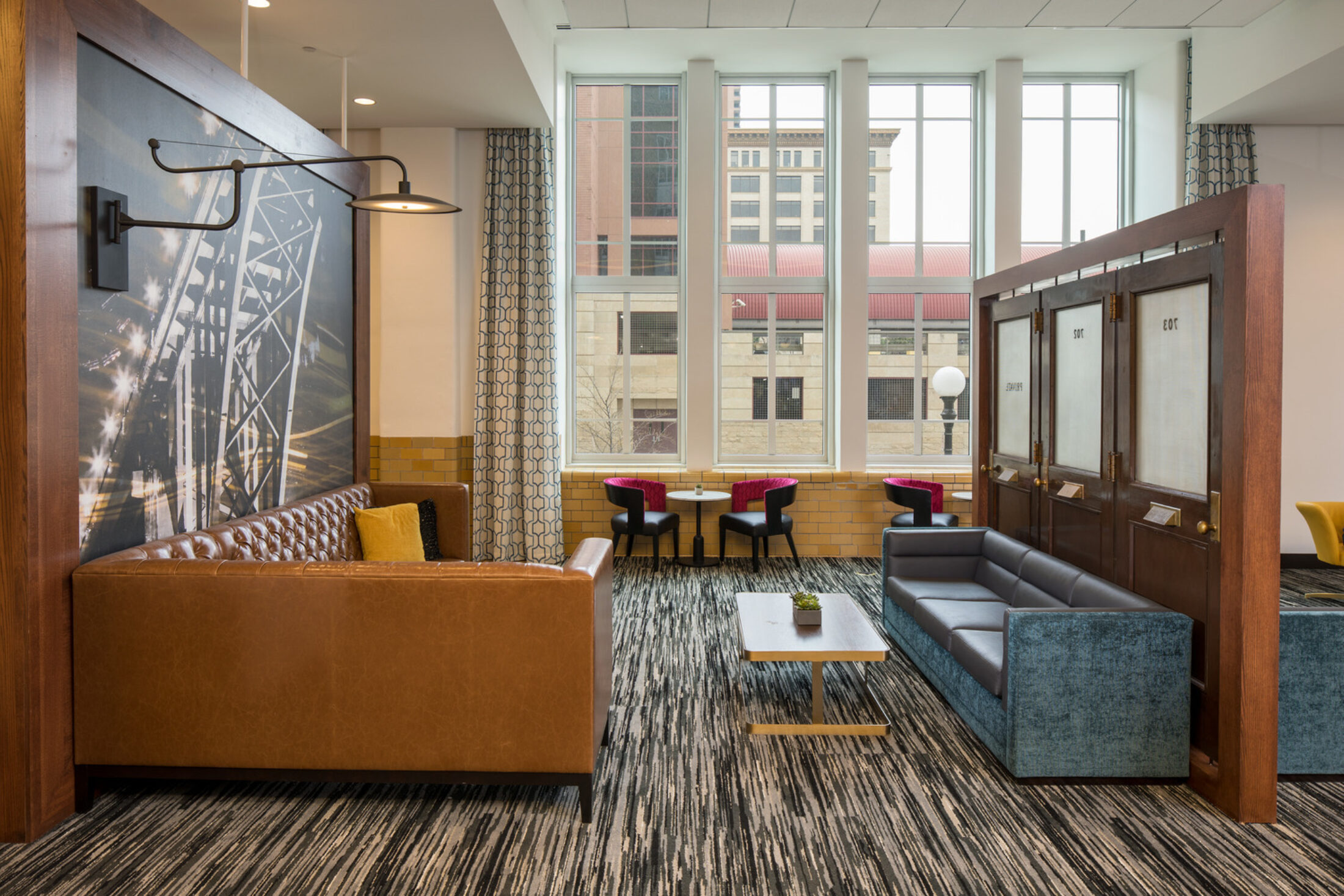 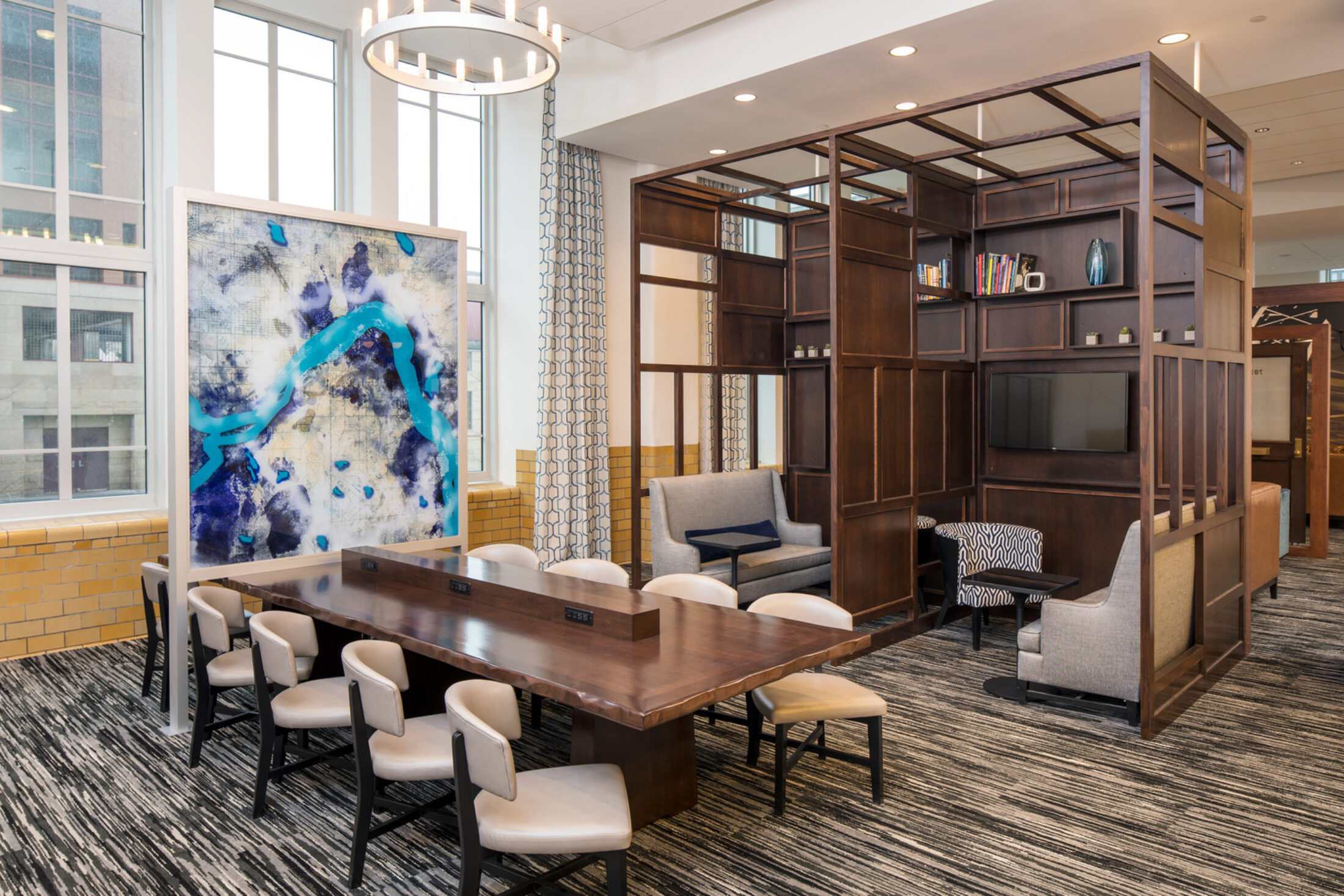 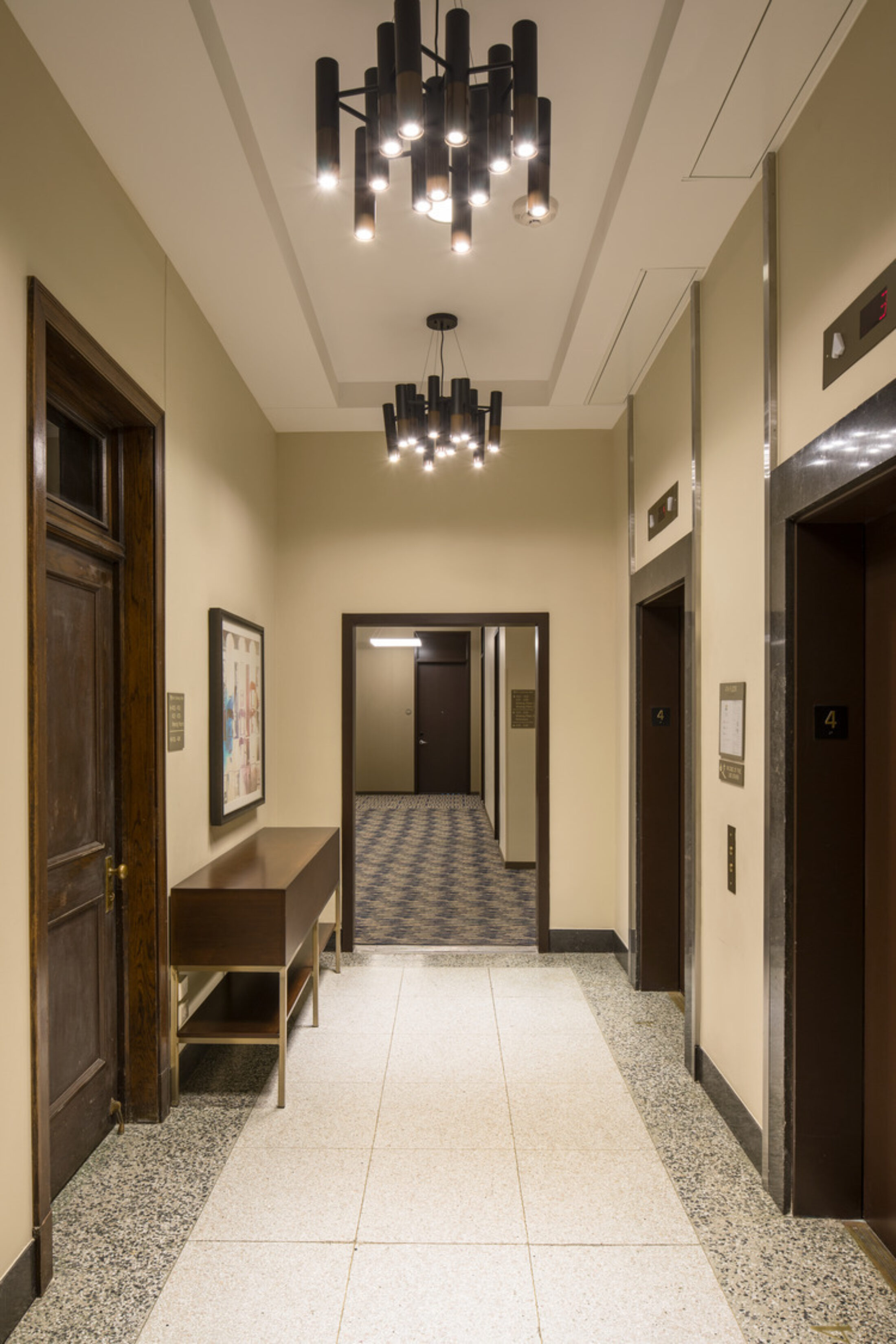 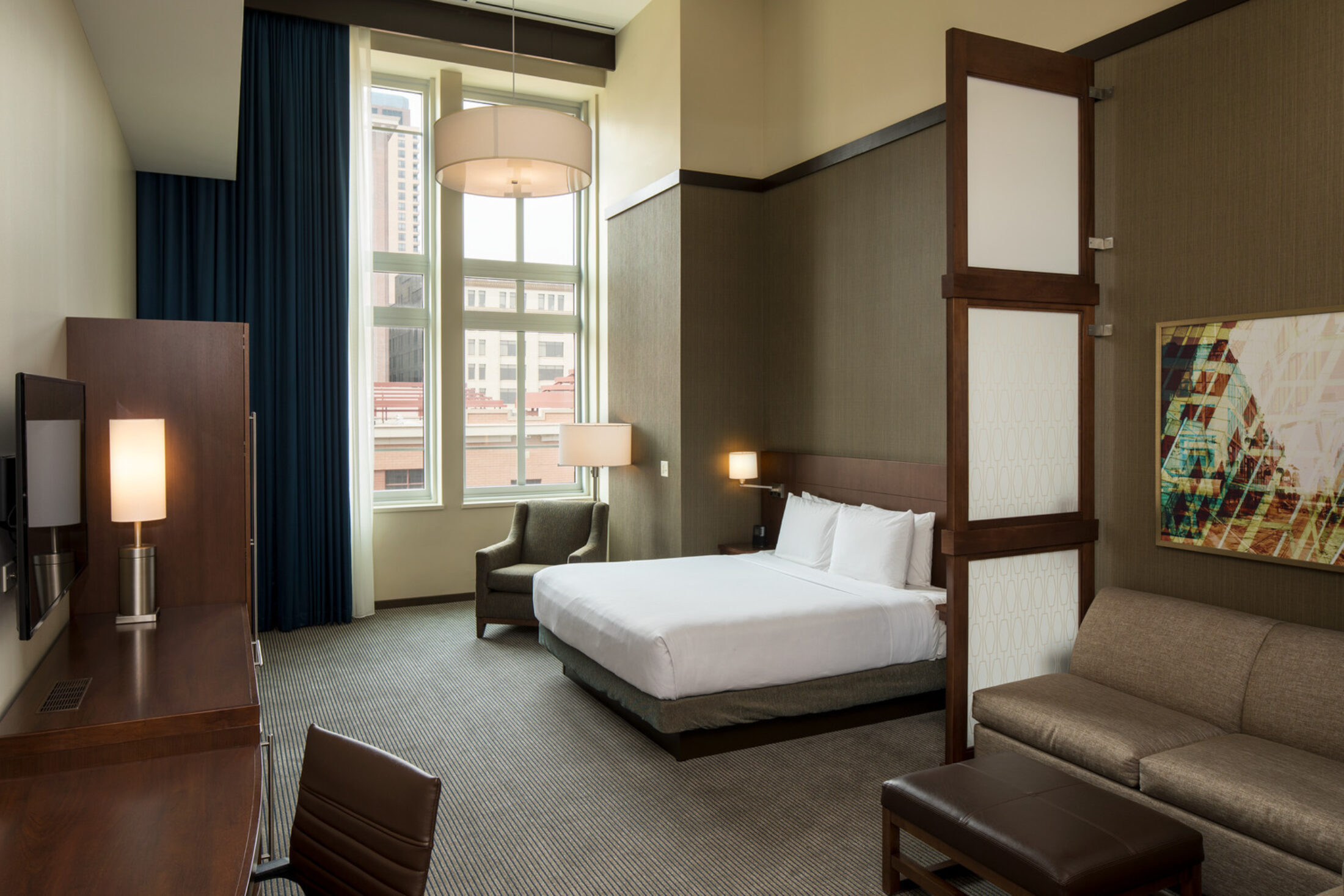 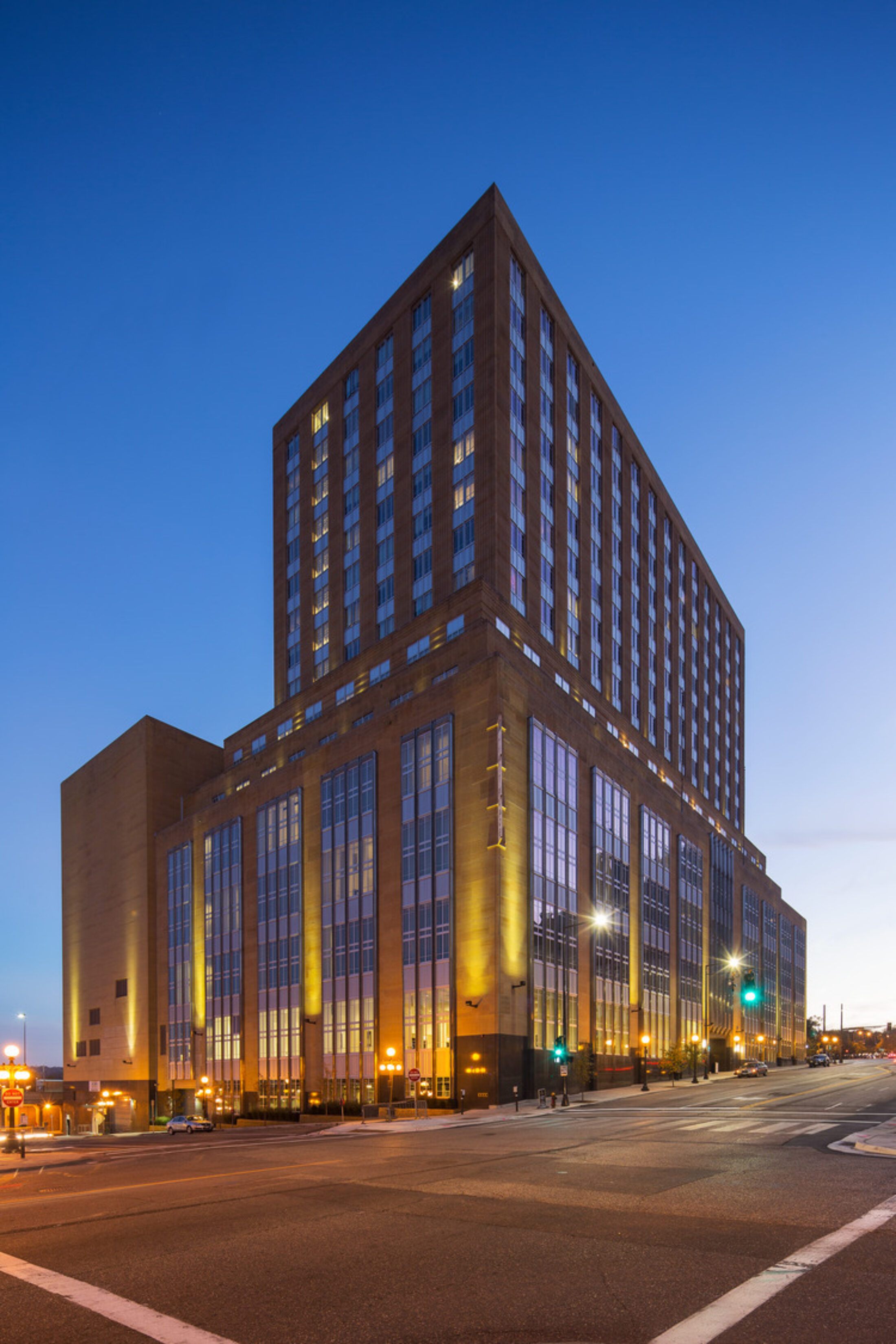 INVISION collaborated with local firm BKV Architecture on this downtown St. Paul development, which marked several firsts for the Hyatt brand. It was one of the first Hyatts in a historic building and one of the first to include residential apartments.

It was also one of the first new hotel projects in downtown St. Paul in many years. The project focused on transforming of a historic Post Office and Customs House into 149 hotel rooms in the first five stories with 12 stories of housing above.

The lobby highlights the historic character of the National Register landmark, with a newly-created four-story light court to bring more daylight into the space. This new light court cut into the central part of the building, allowing for better utilization of the deep floor plan and more hotel rooms than originally thought possible. Separate lobby functions created convenient access for hotel guests while maintaining privacy for residents.

One of the most impactful design elements was preserving the original sixteen-foot ceiling heights within the guest rooms. Because of these high ceilings, rooms also feature 13-foot-tall windows with views of downtown St. Paul. The extra-high ceilings and historic flair have been significant selling points for this unique luxury hotel.

Day one, INVISION braved the sub-zero temperatures and frozen semis to arrive in St. Paul only to find the city completely shutdown including schools and workplaces. Even with those dangerous temperatures, we walked the building with our client and recognized the amazing potential for this property.

Unbeknownst to the project teams, the owners penned a full-length hardcover book during the design and construction that comprises the full history of the building and it’s new life. During the rededication ceremony, which was capped off with a re-creation of the building’s original dedication photo from 1934, the books were gifted to the team members and the local historic society’s archives; signifying the teams reverence for this project.

We think this property is the best Hyatt to date we have seen — not Hyatt place — best Hyatt overall. The history, personal touches and unique features all add up to a home run.”