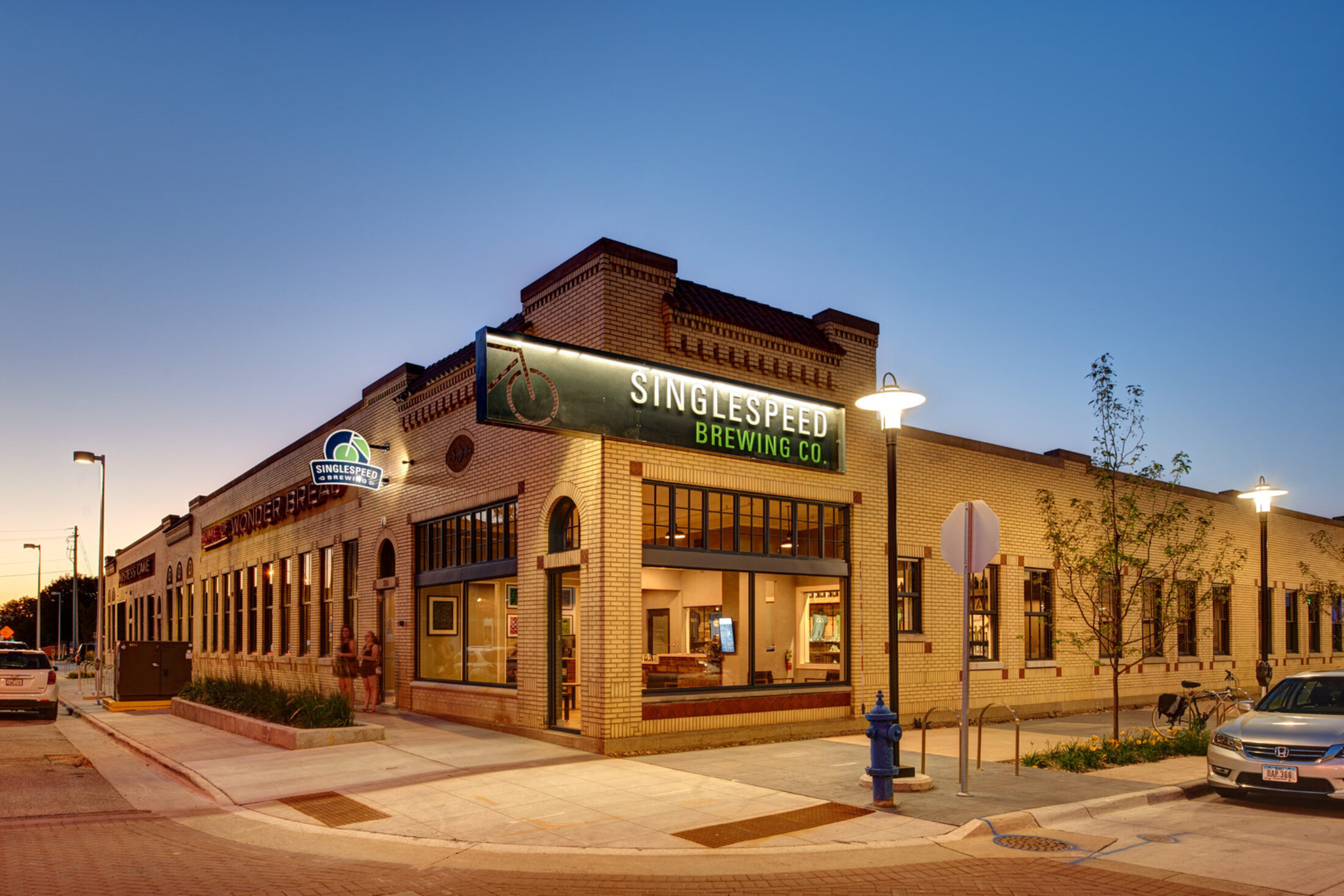 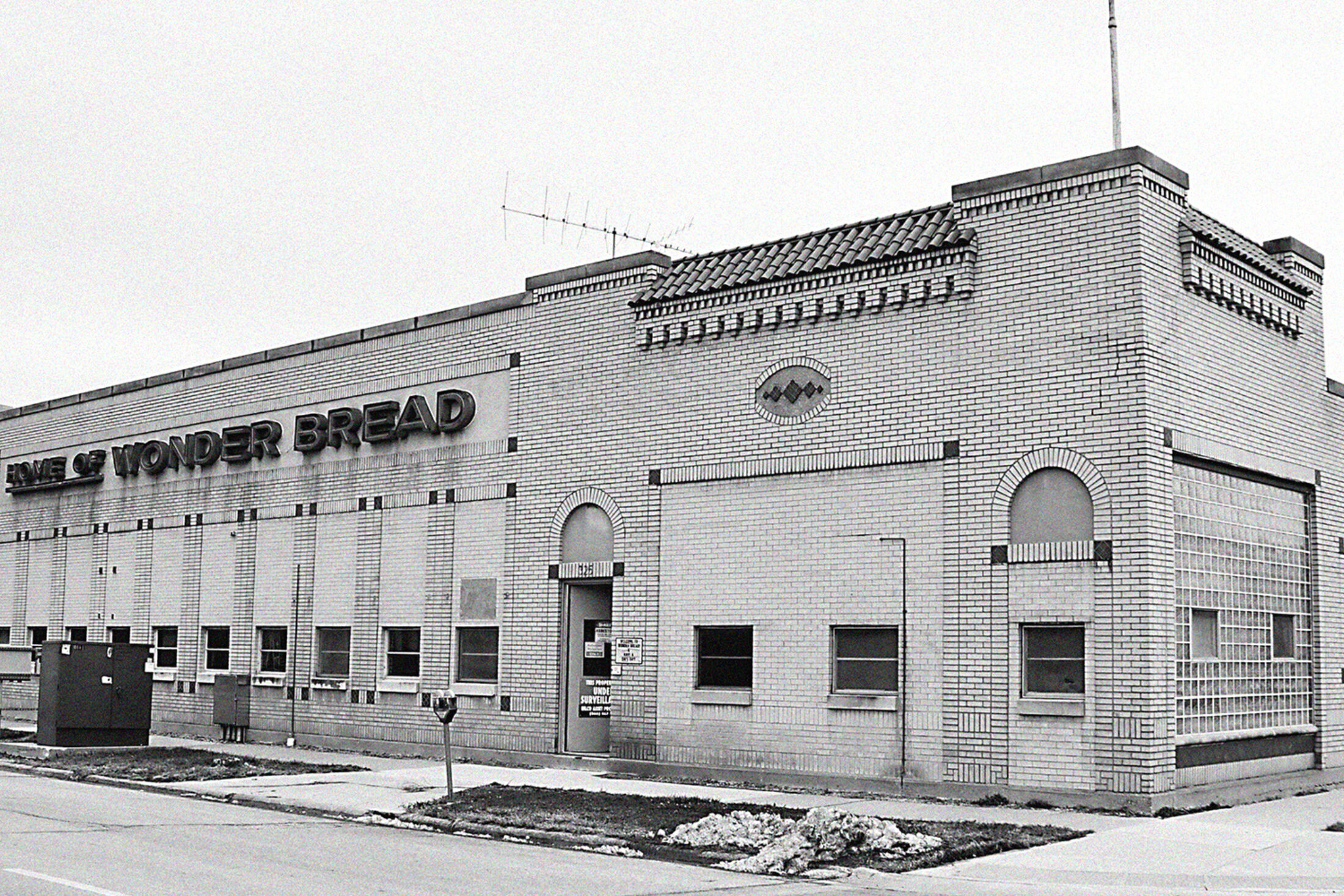 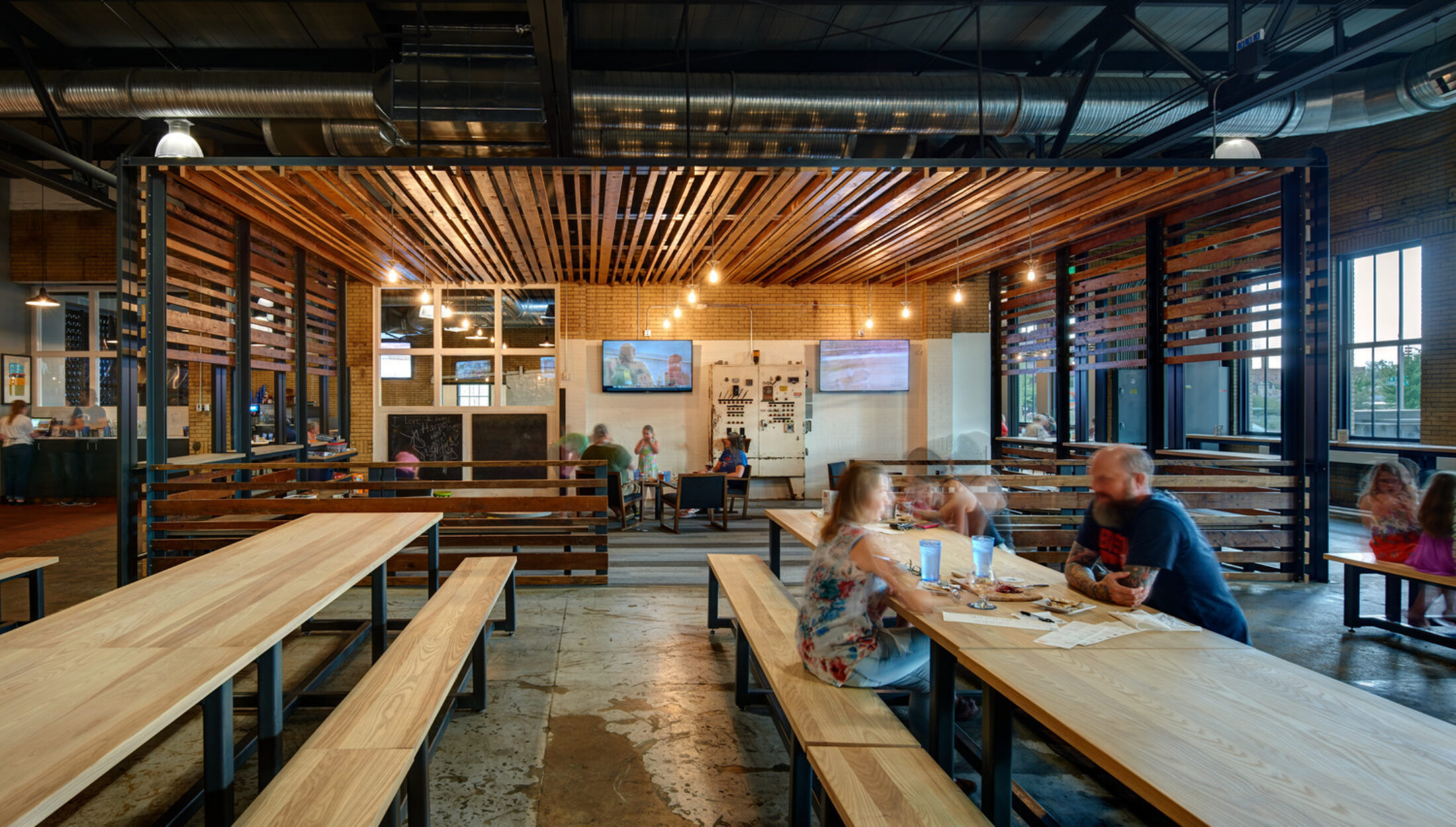 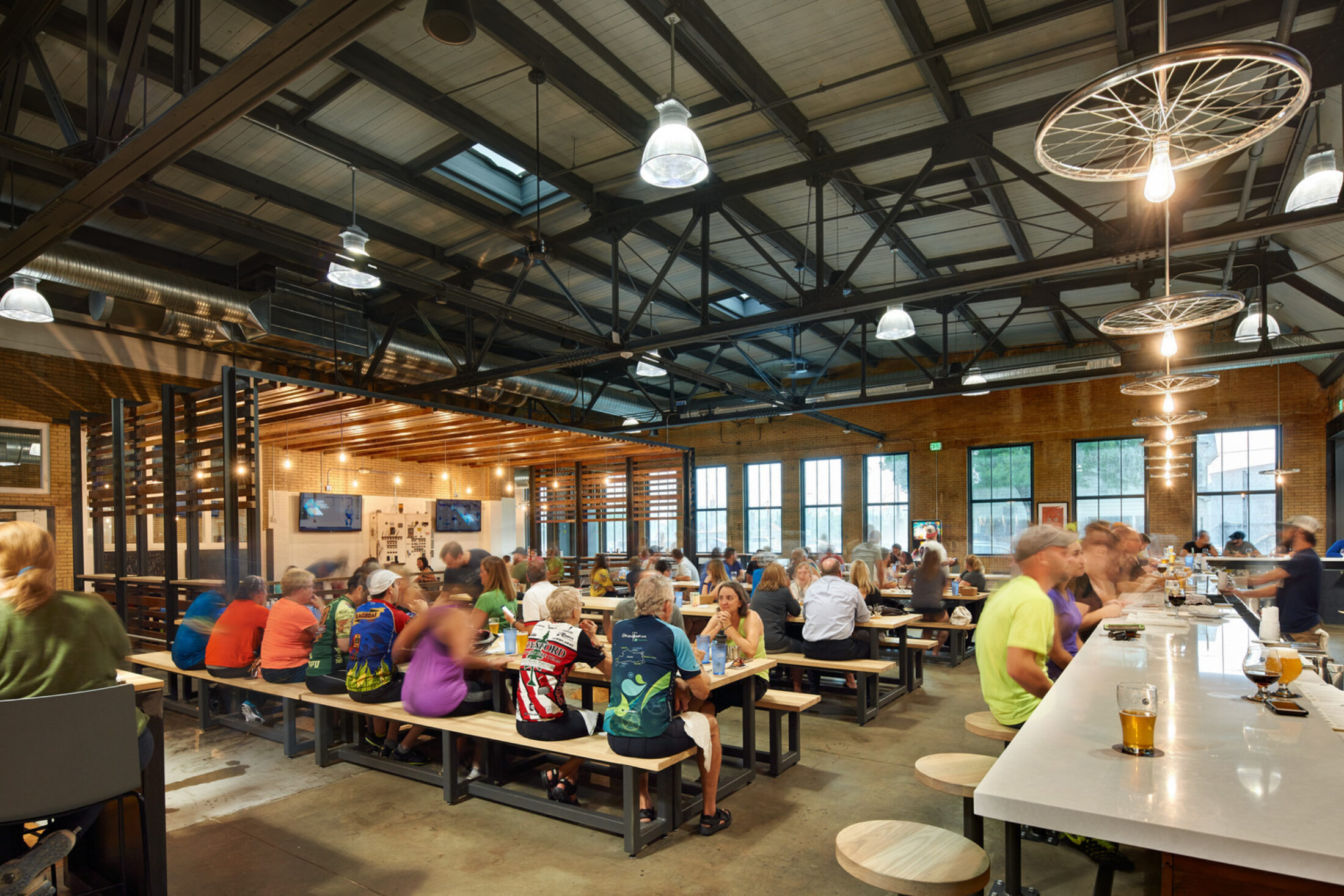 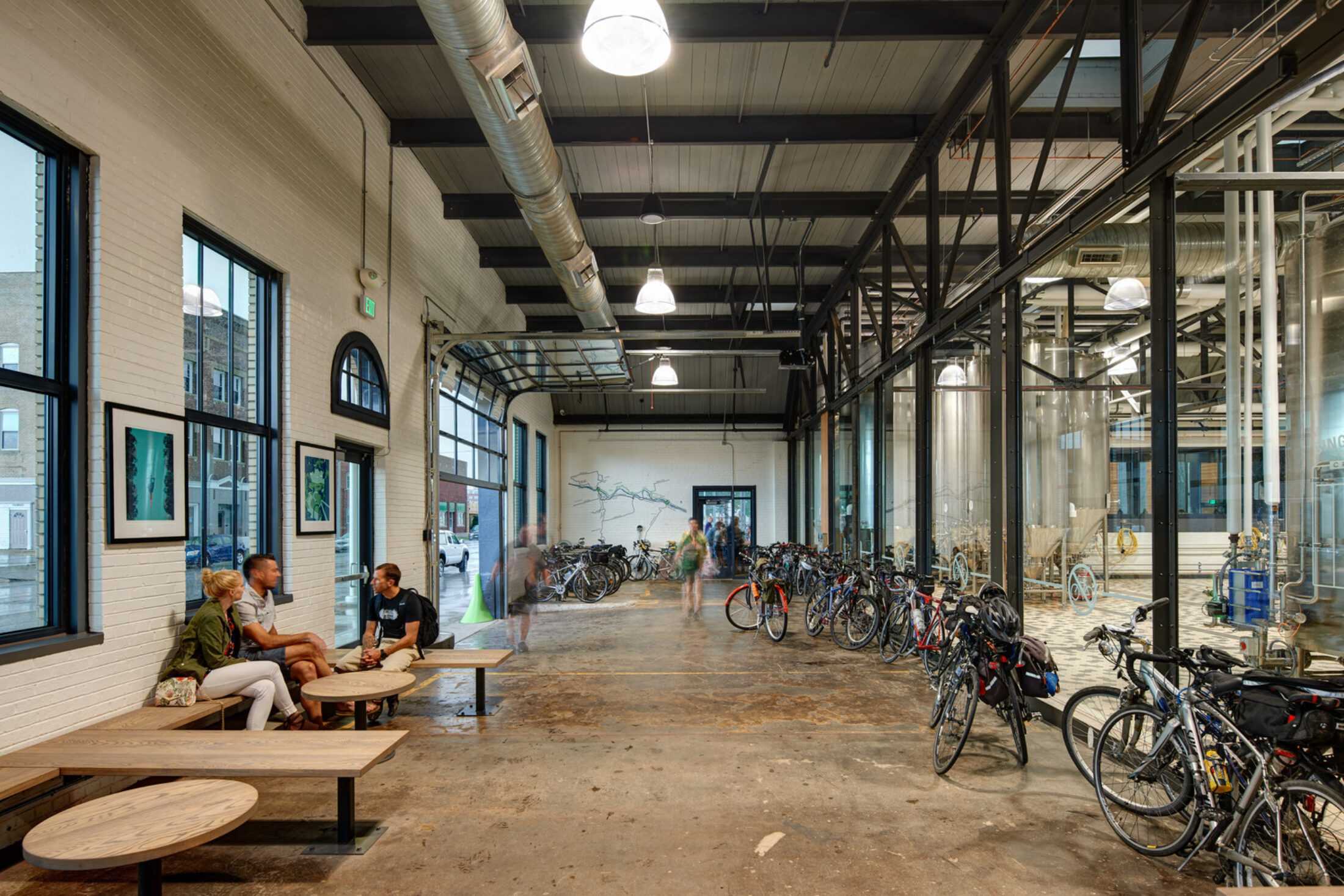 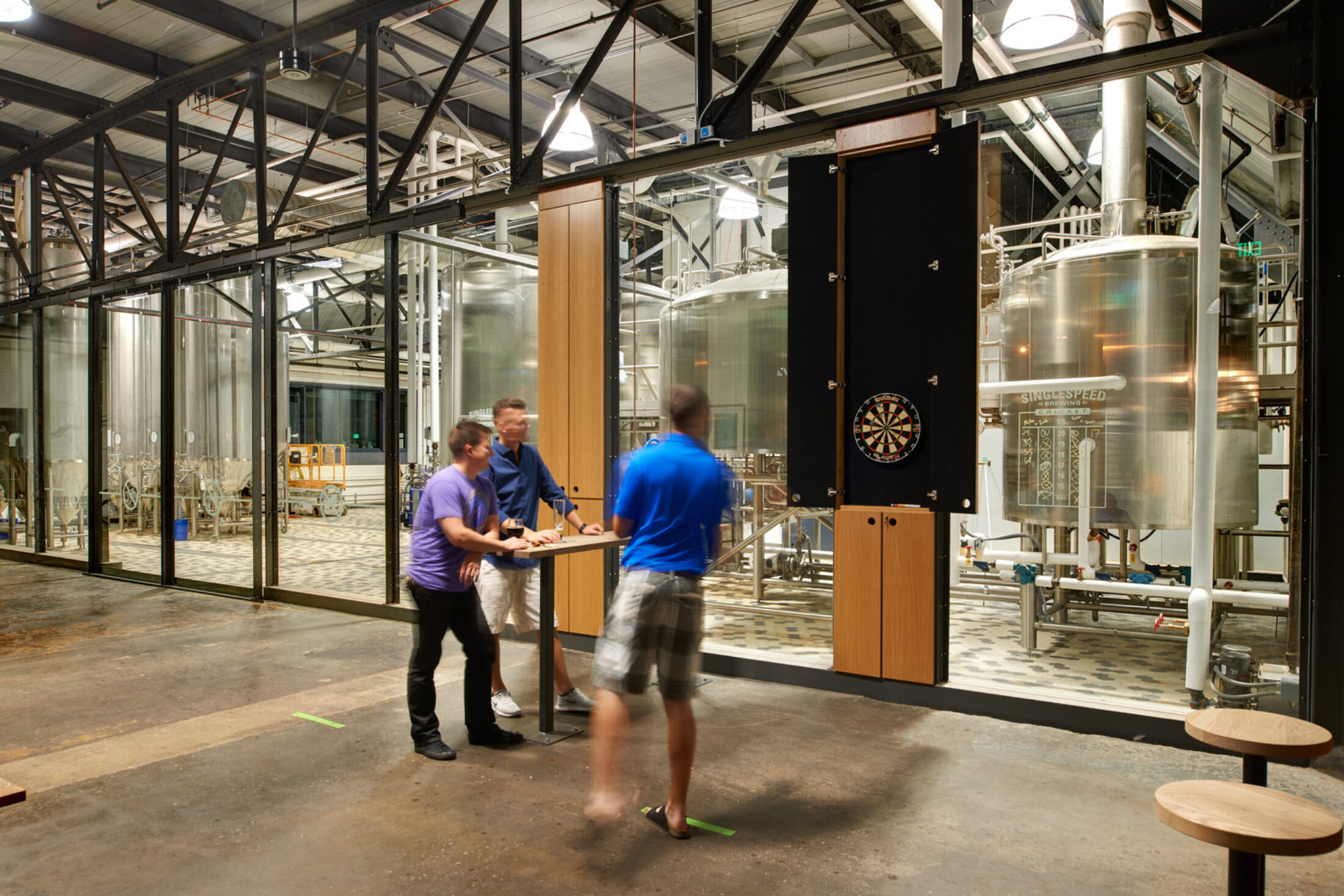 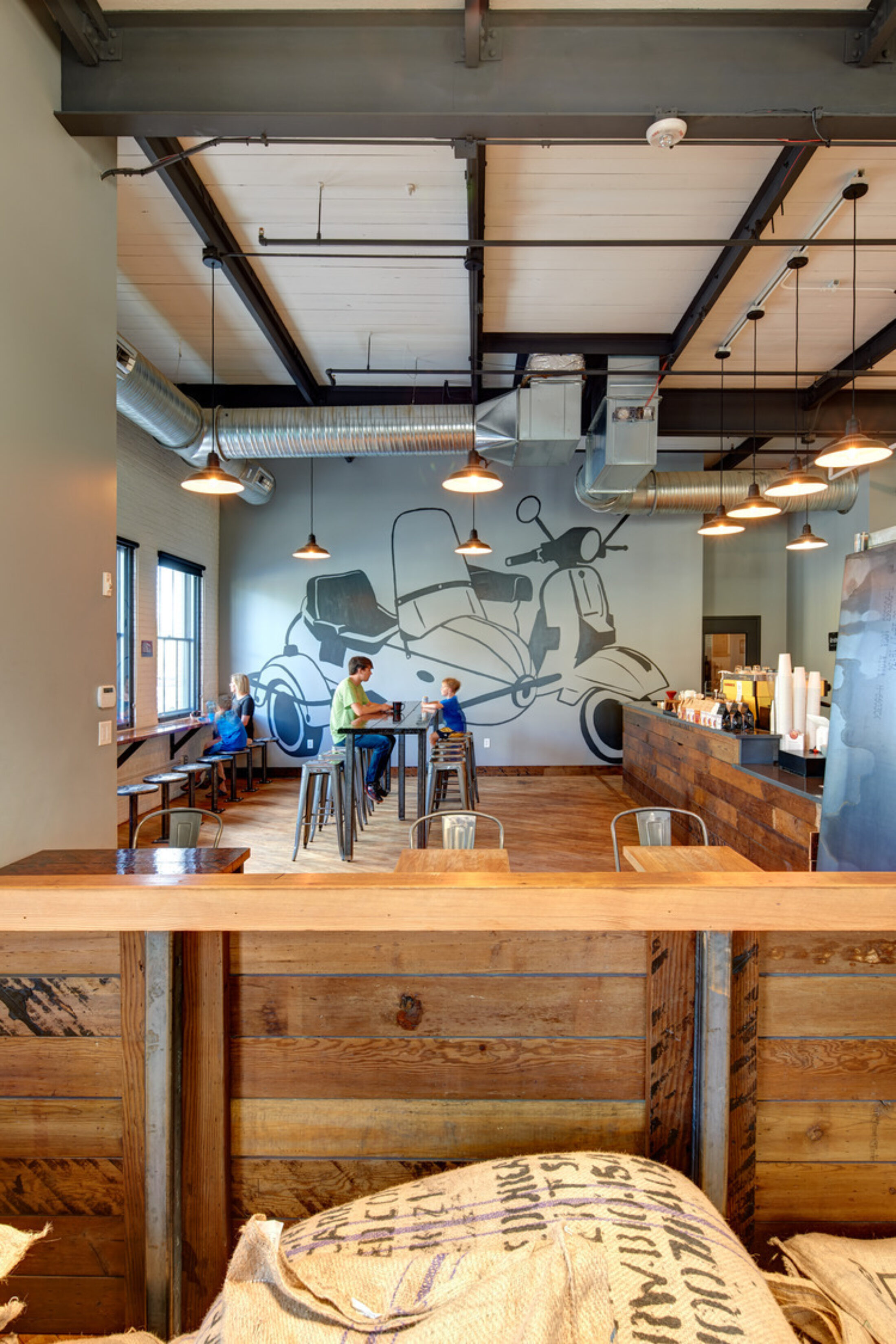 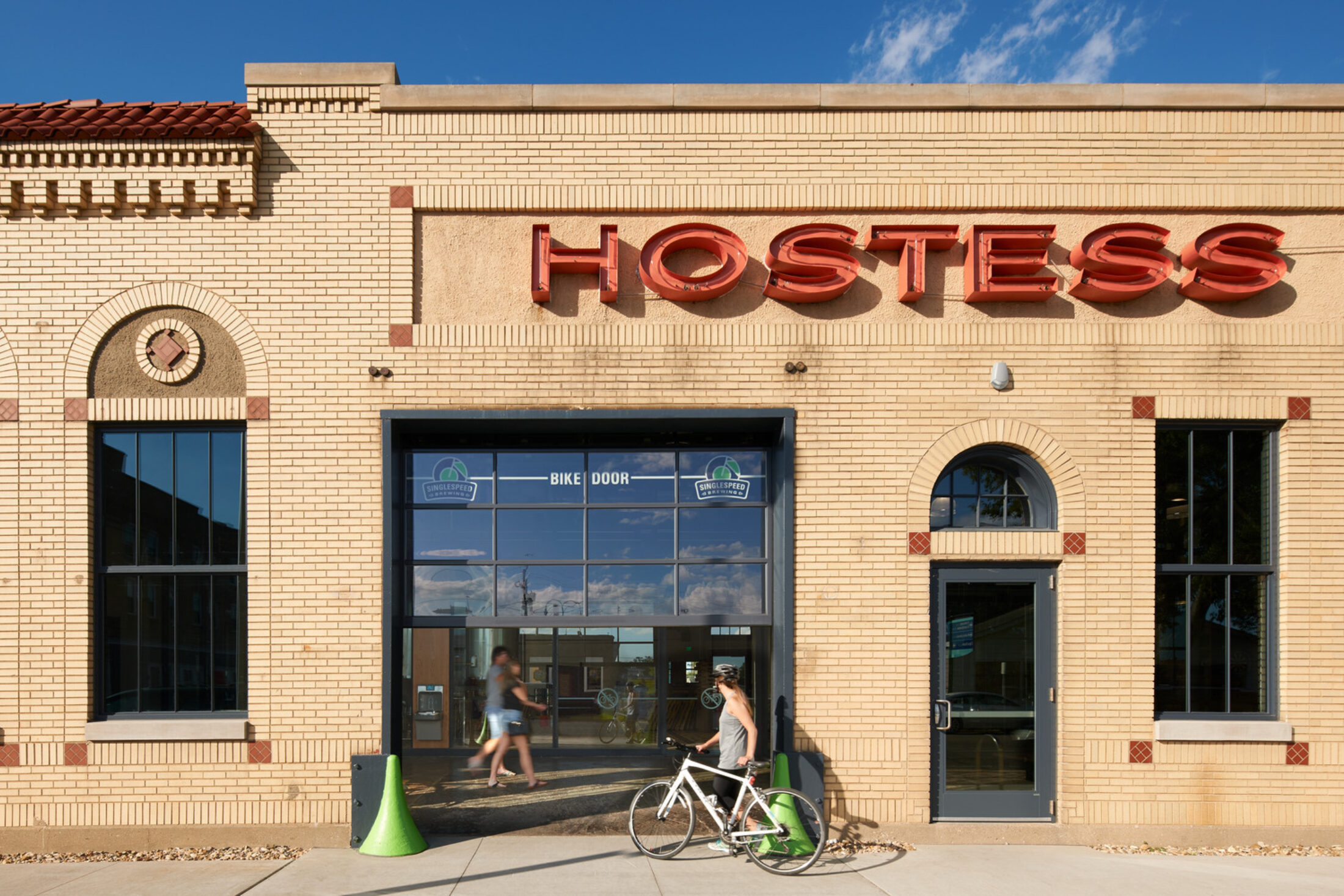 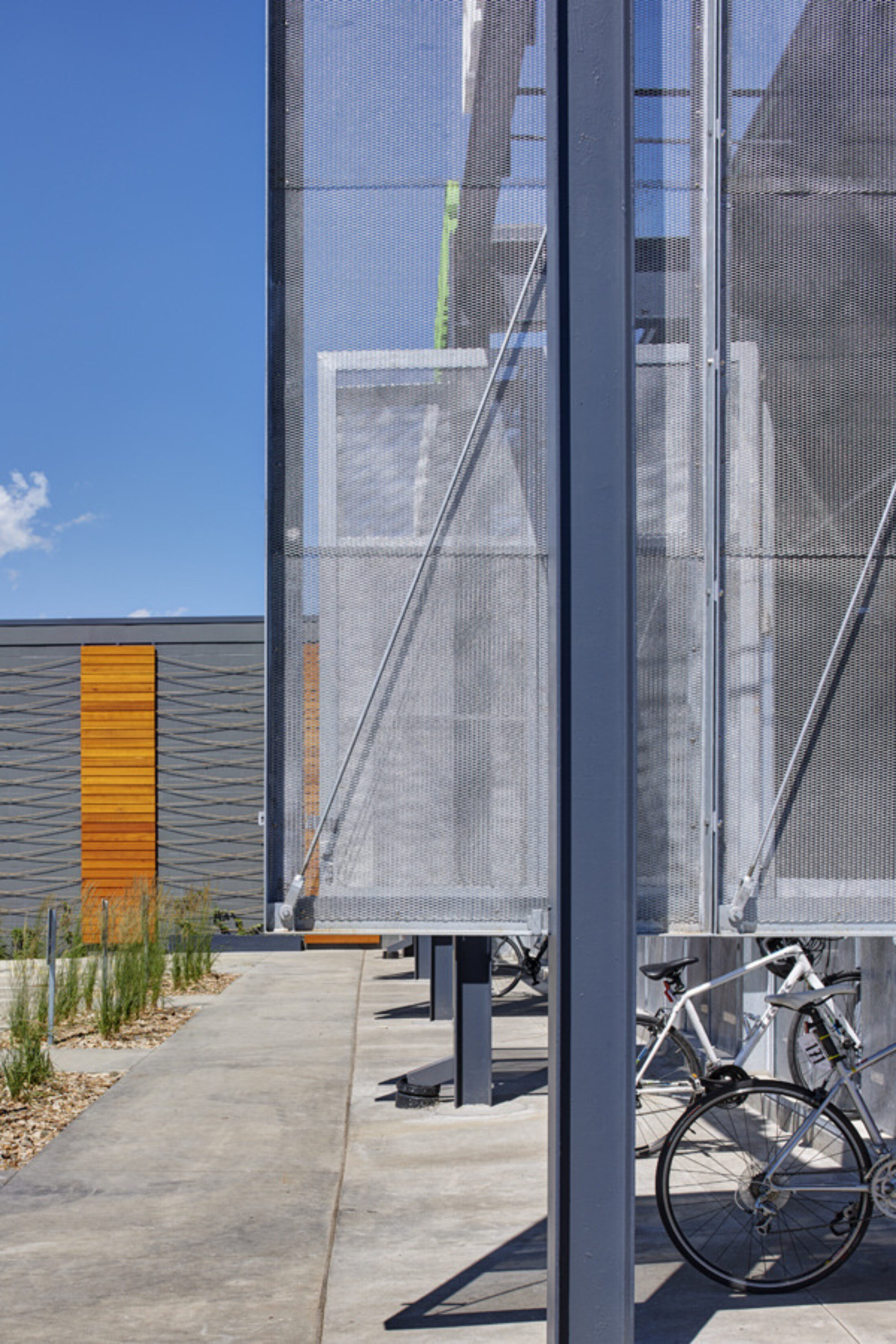 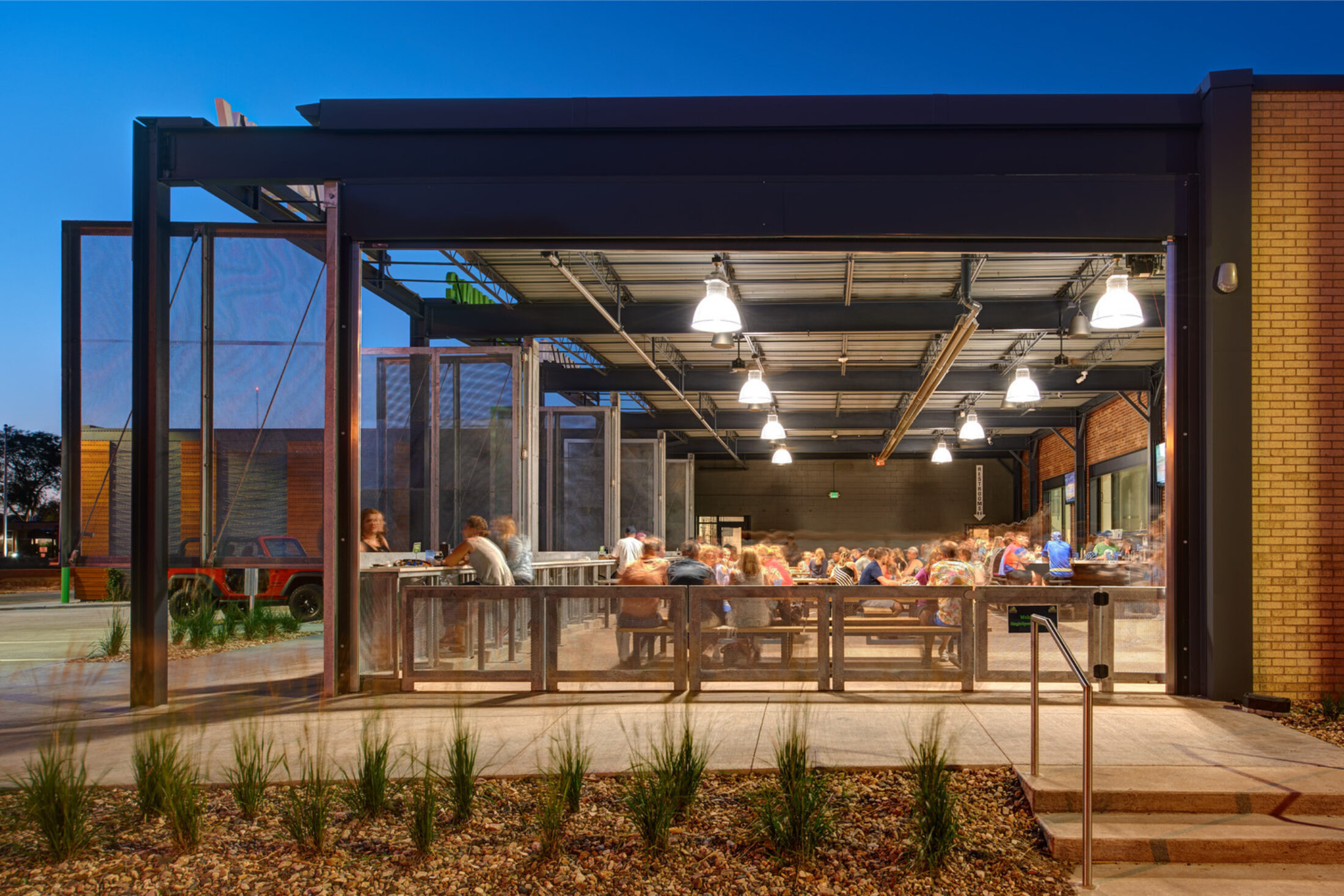 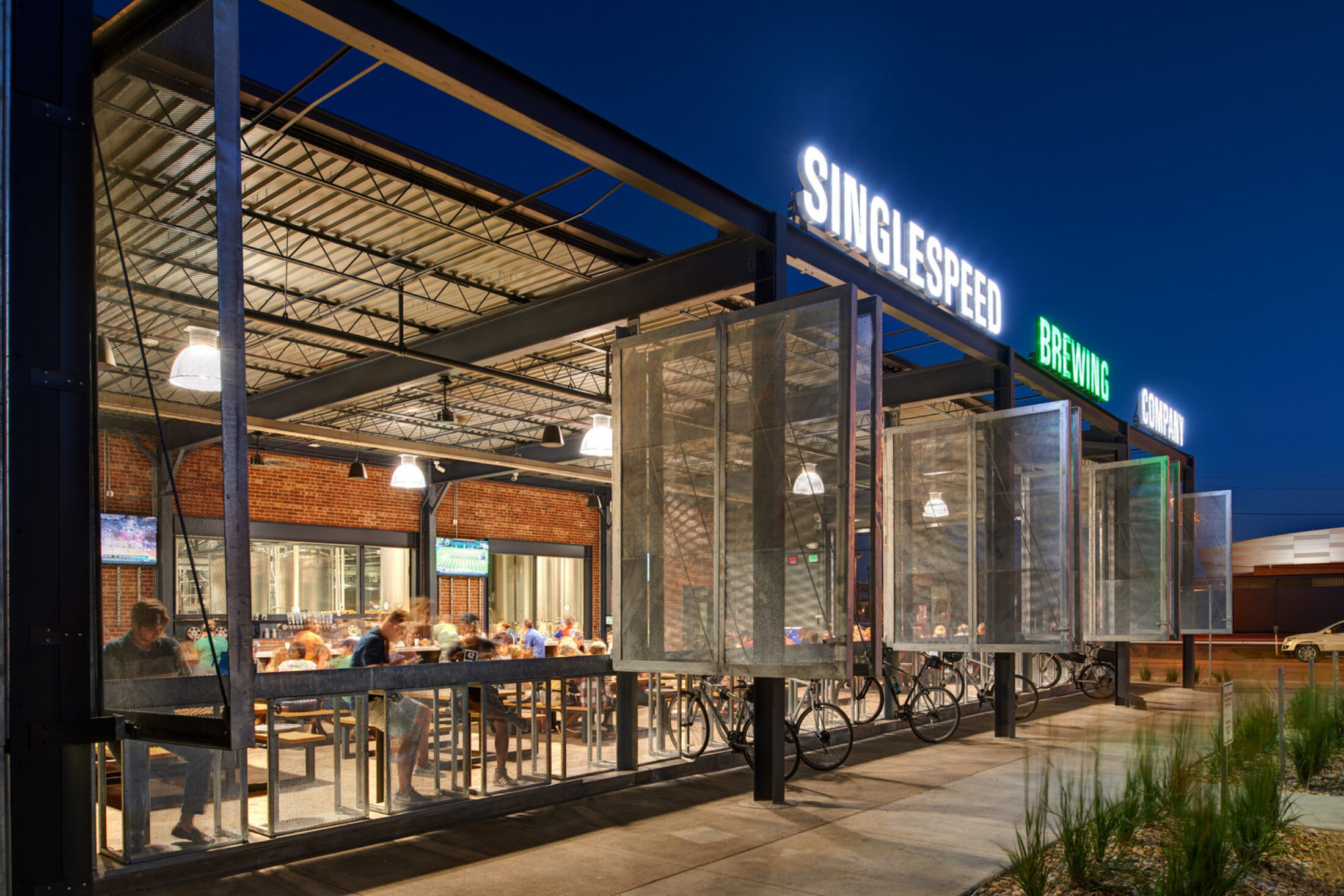 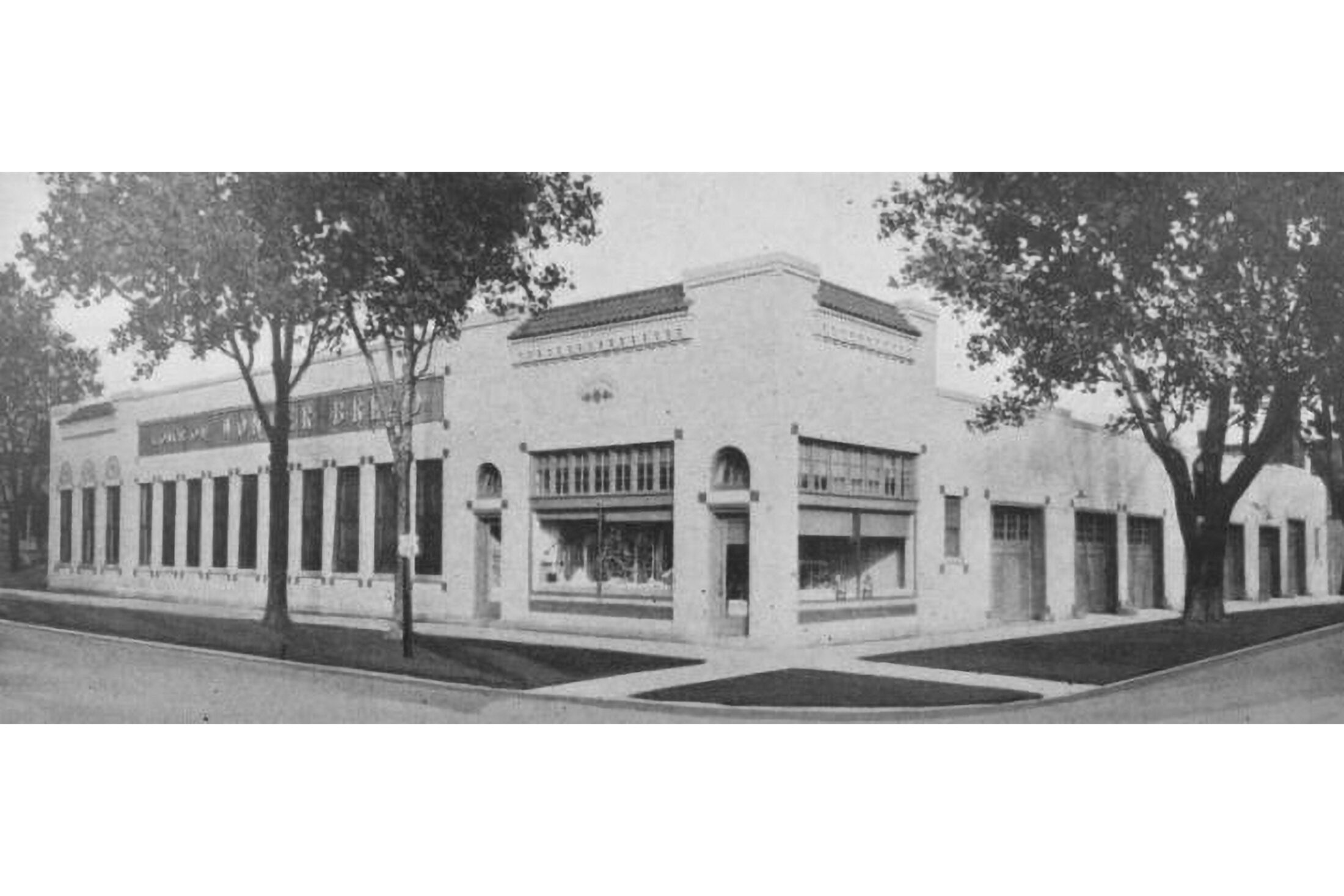 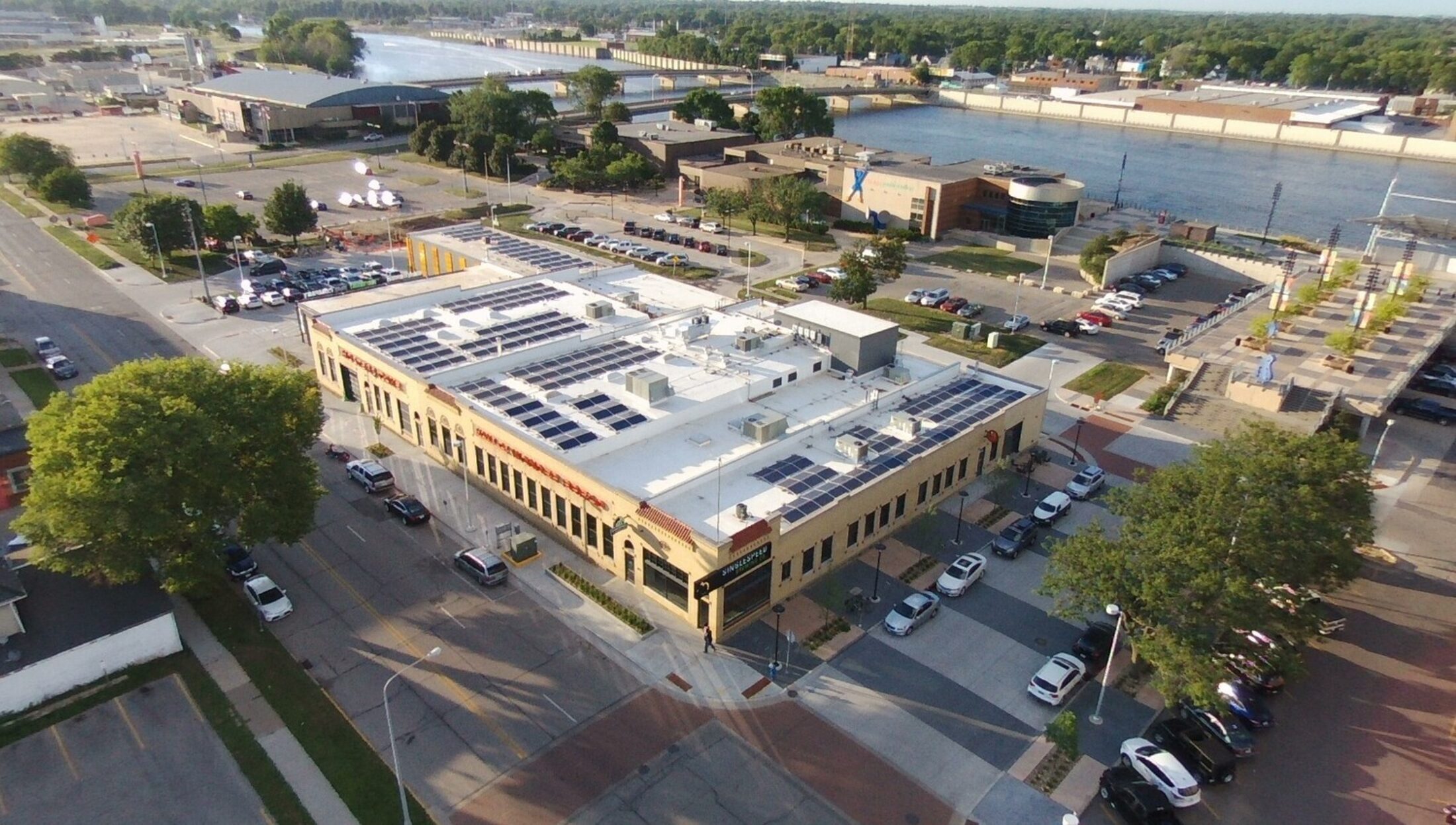 Originally built in 1927, and added onto four separate times over the years, the historic Wonder Bread Building functioned as a bakery and vital part of the community until 2012. The building sat vacant for three years, until SingleSpeed Brewing Co. reached out to Peters Construction and INVISION with an idea for the 35,000sf space. The owner’s vision was to create a brewery with spaces for a brewhouse, dining, and retail, all while preserving the structure’s historic character.

As the design team worked with the State Historic Preservation Office to find ways to celebrate the building’s former life, many materials found throughout the factory were repurposed into the design:

Respecting the building’s history and its importance to the community meant preserving the original character was imperative, while new, modern elements were treated as insertions. Added to that was the owner’s love of brewing and cycling, resulting in a unique design that transformed the historic landmark and surrounding downtown into a bustling, family-friendly destination.

The attention to repurposing and revitalizing made this project exciting and interesting at every turn. I appreciated the owner’s respect for the building’s historic significance to the heart of downtown by preserving its original character and brand. From the outside, patrons can still see the former Wonder Bread signage. Inside, we celebrated the art of creating and making in multiple spaces. The end result was warm, inviting, curious and comfortable while maintaining the important connection to the past.

People have a lot of pride in this building. If we can help bring those memories back, it’s worth it.”