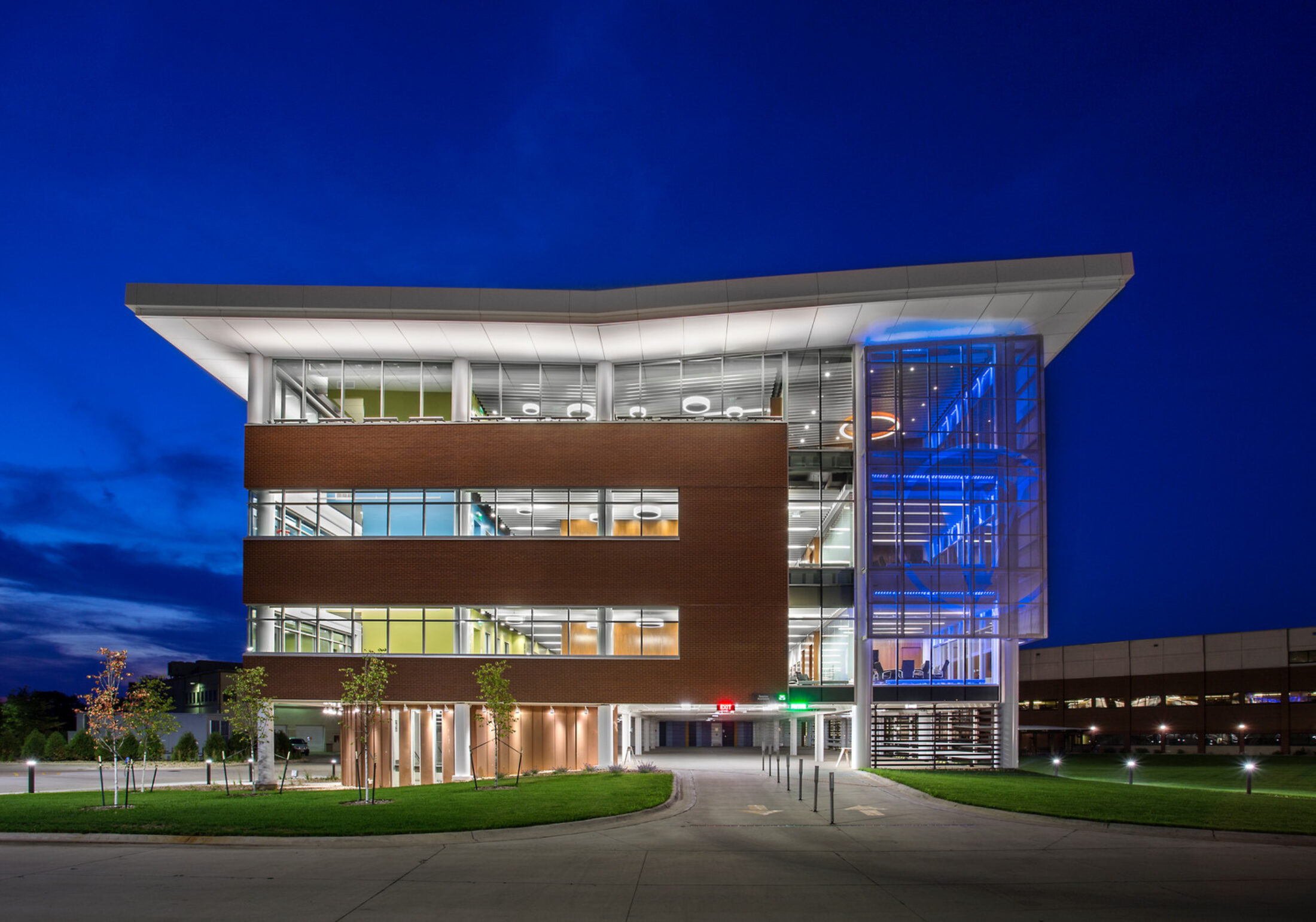 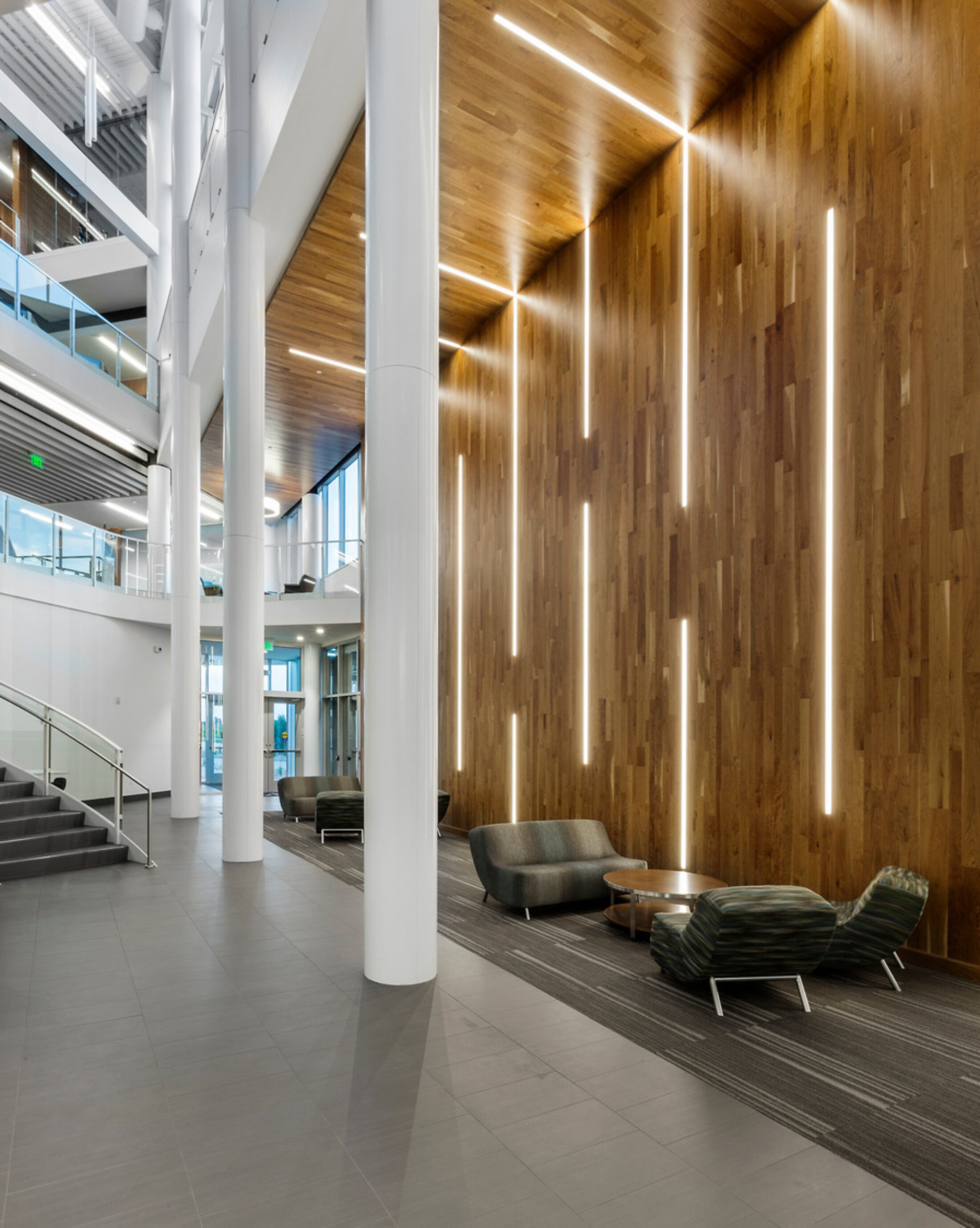 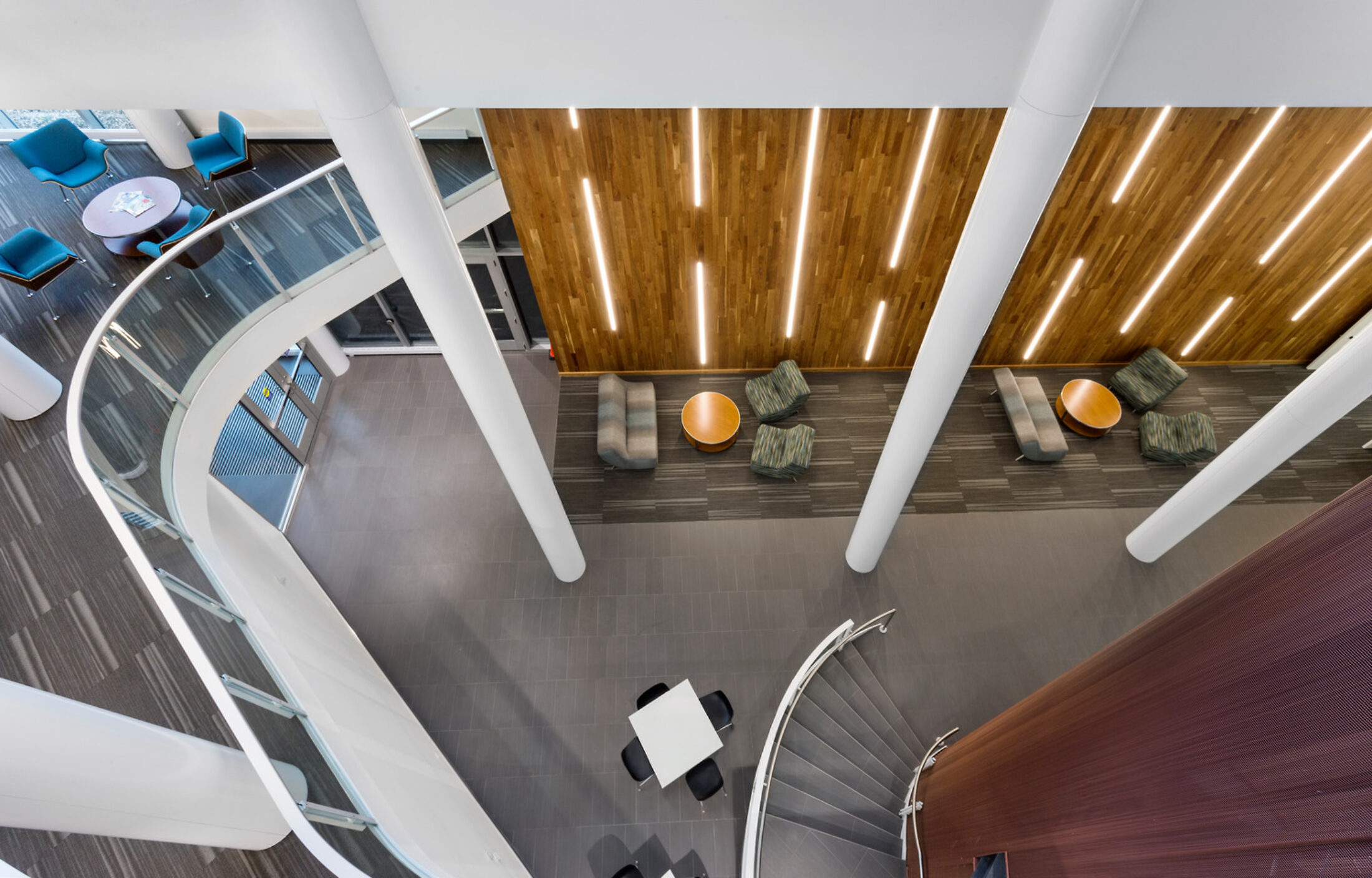 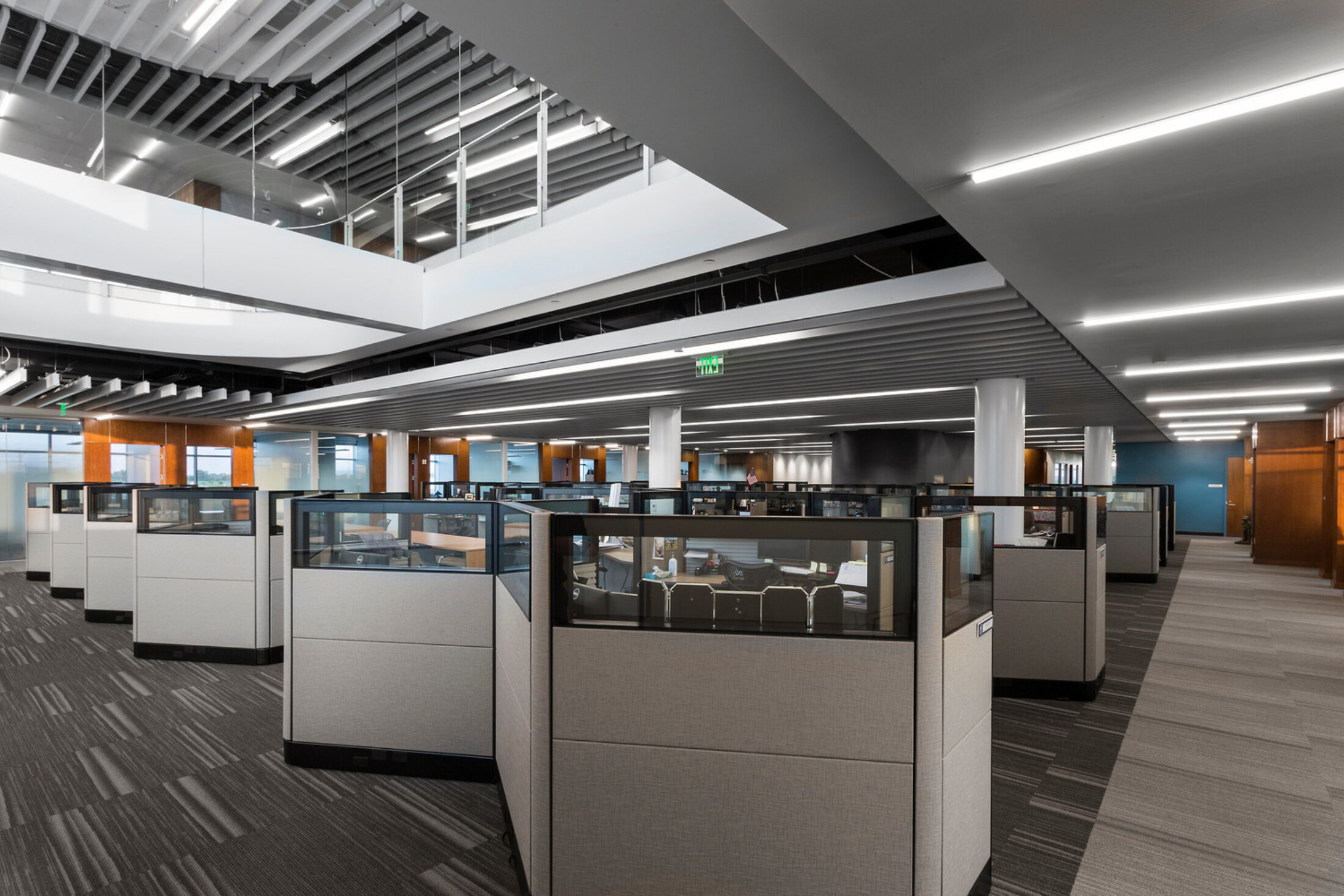 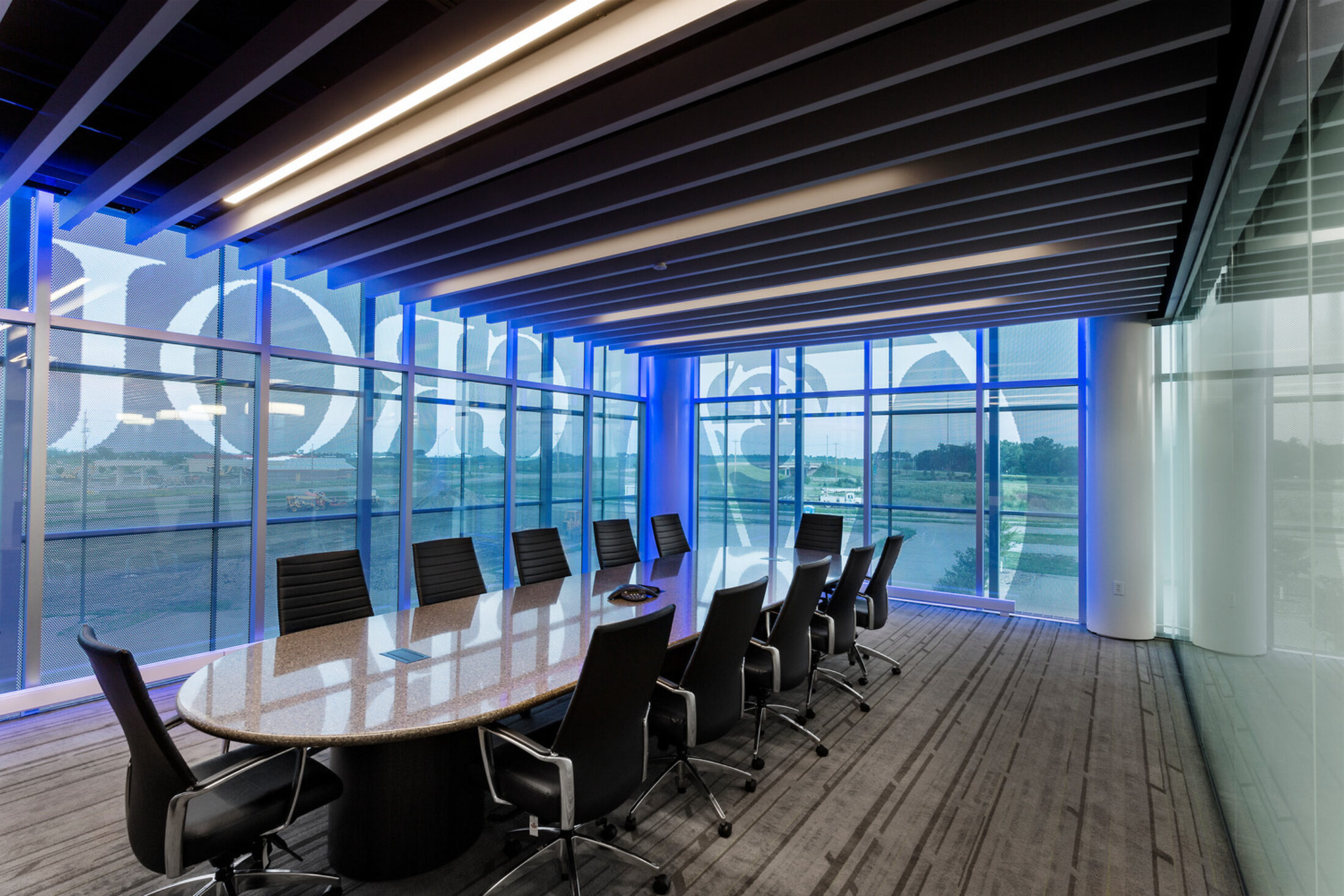 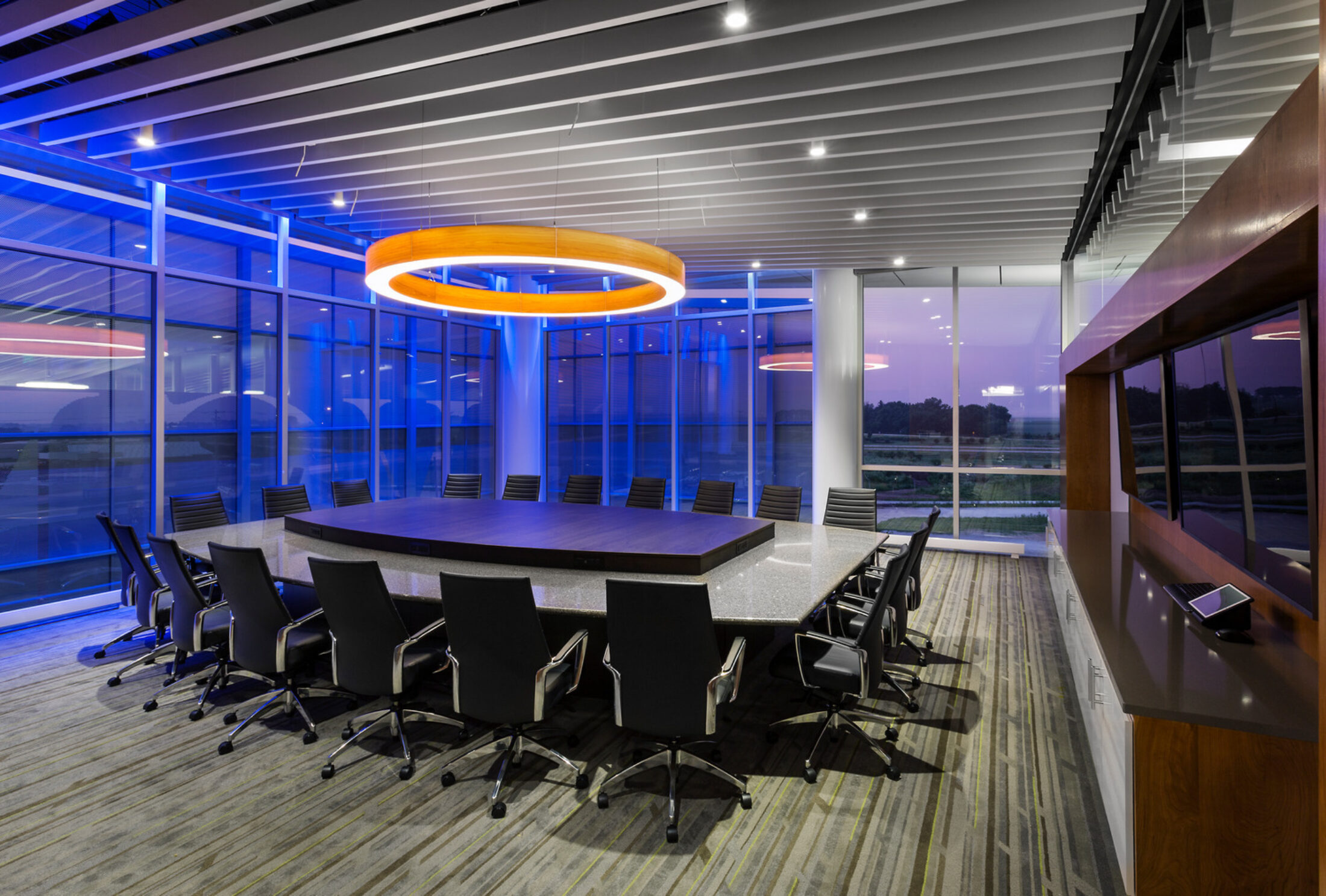 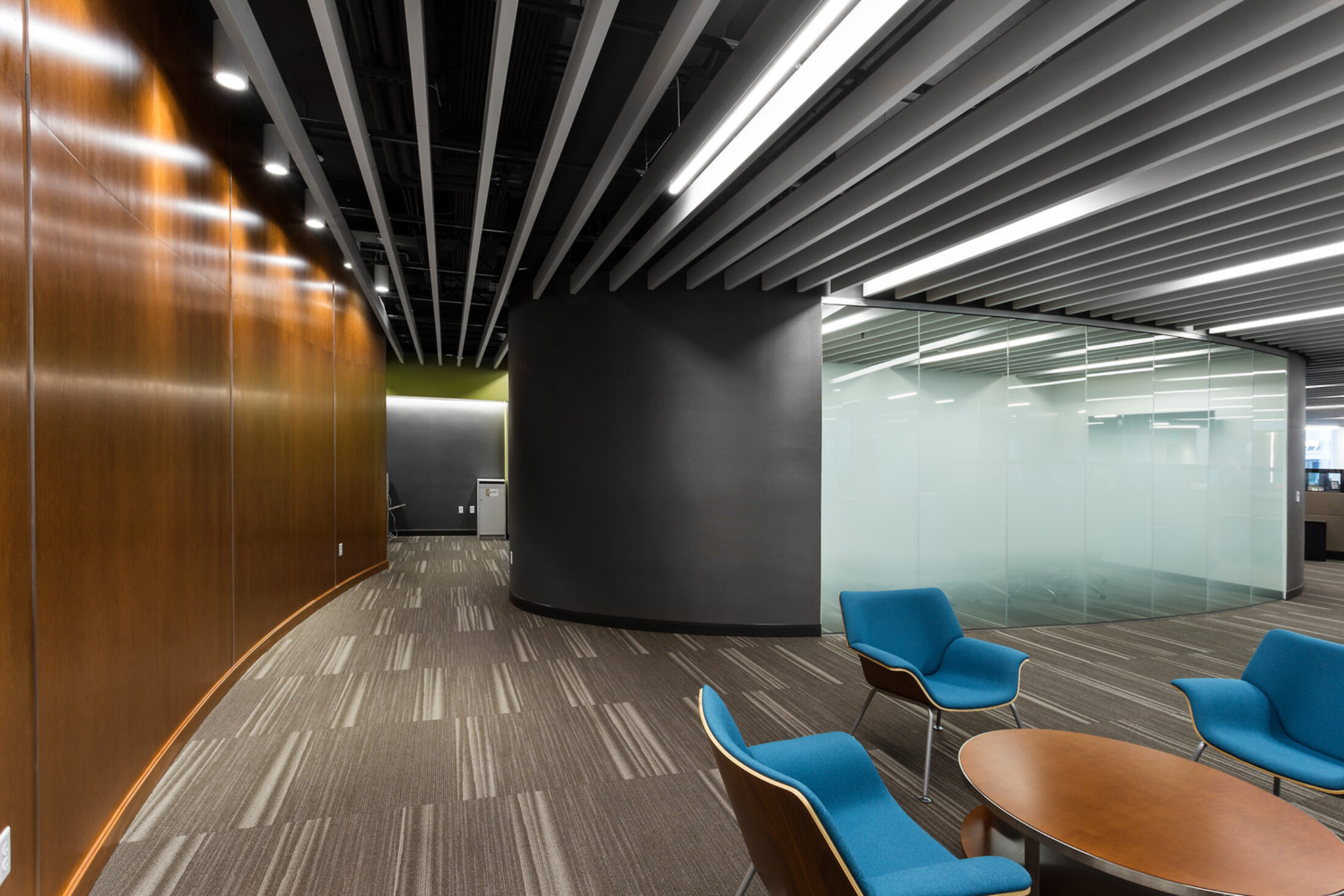 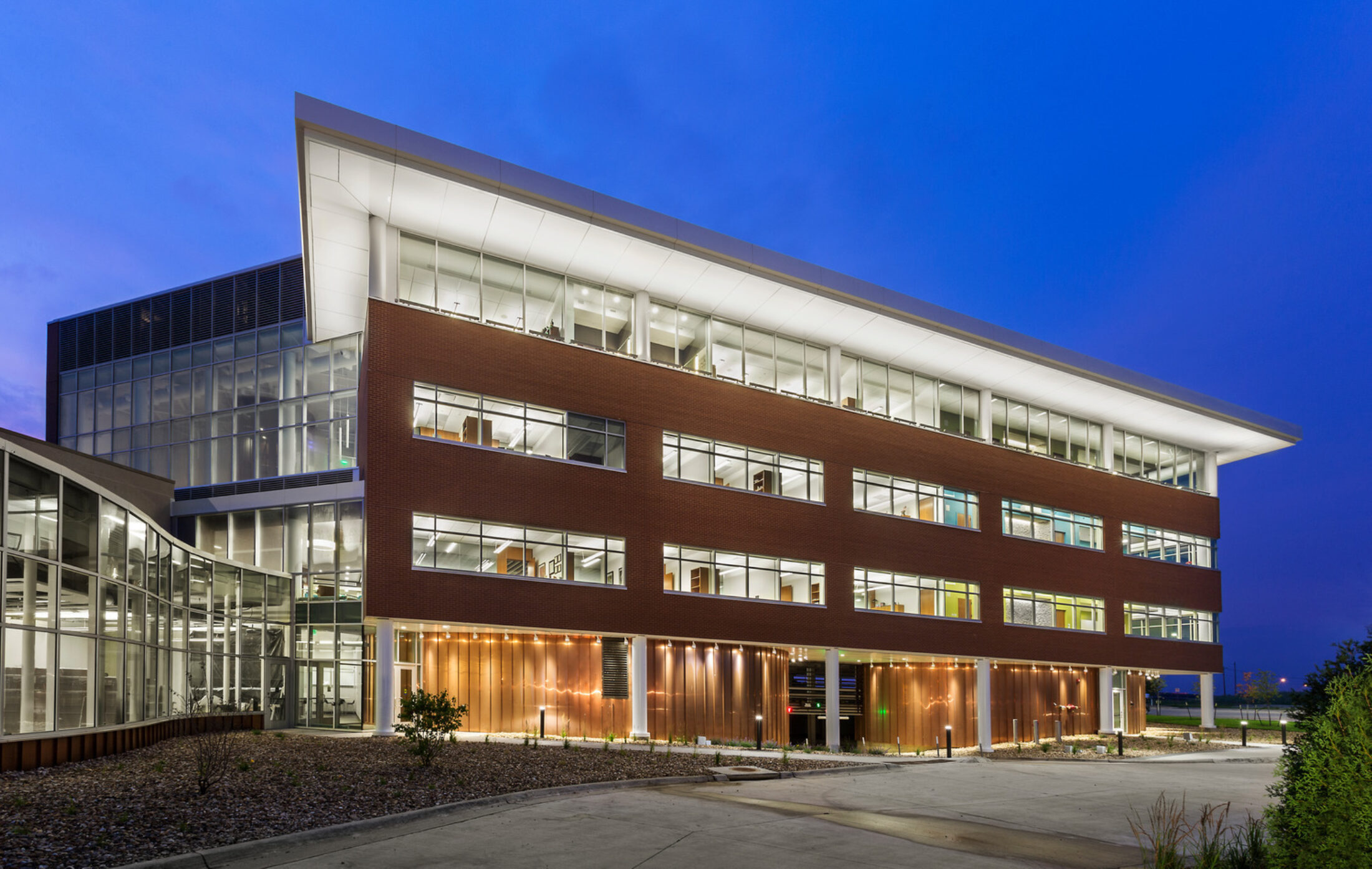 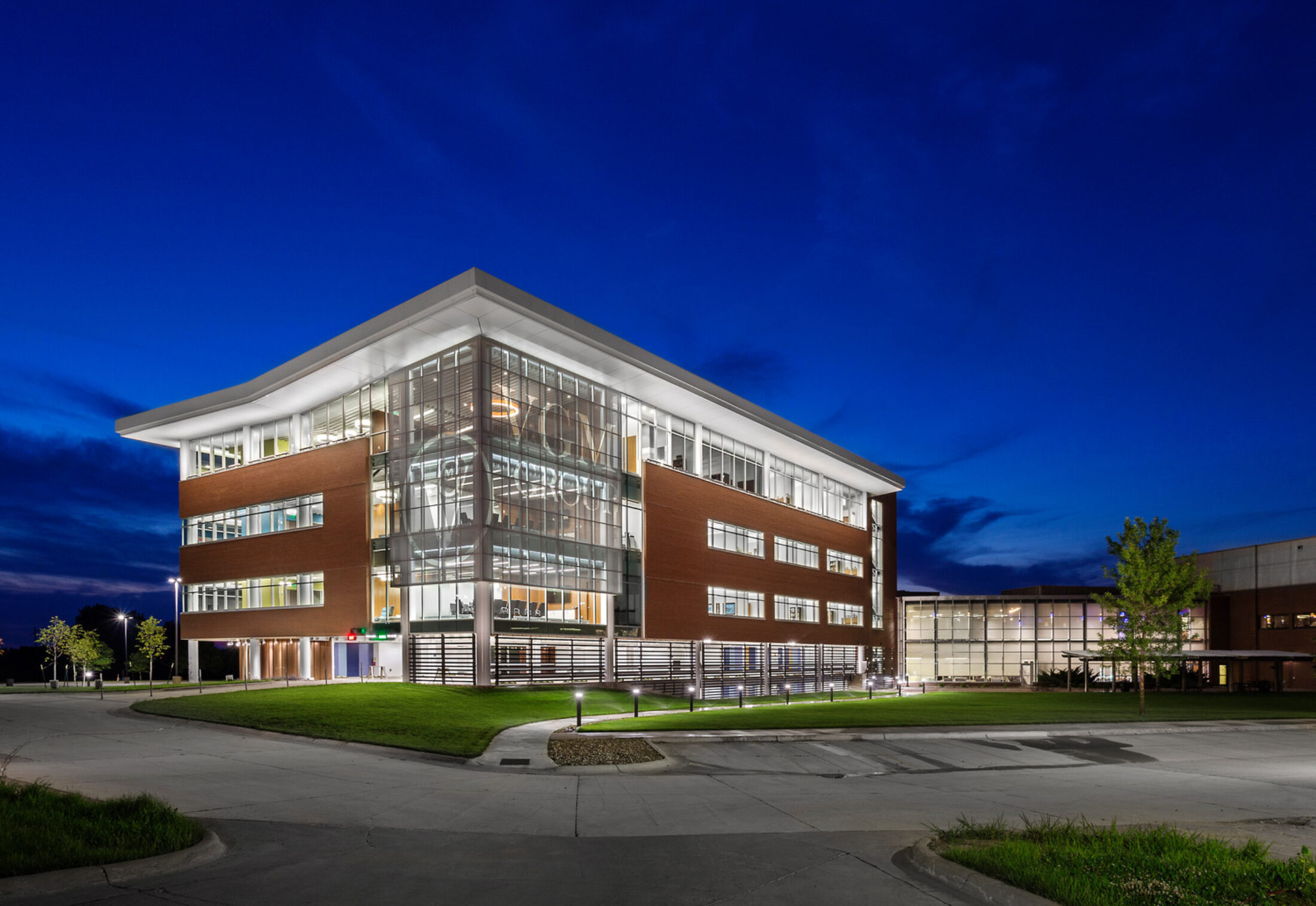 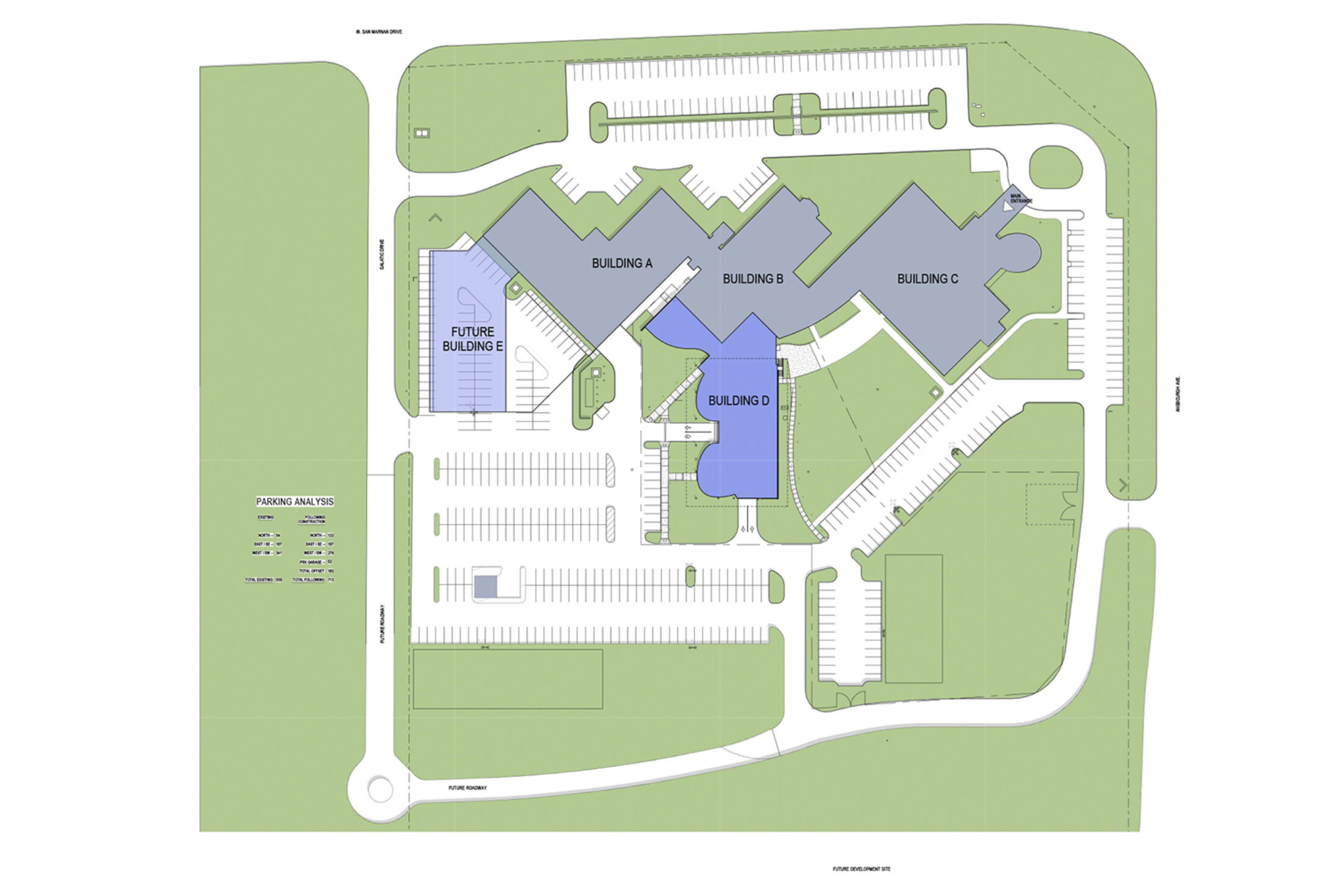 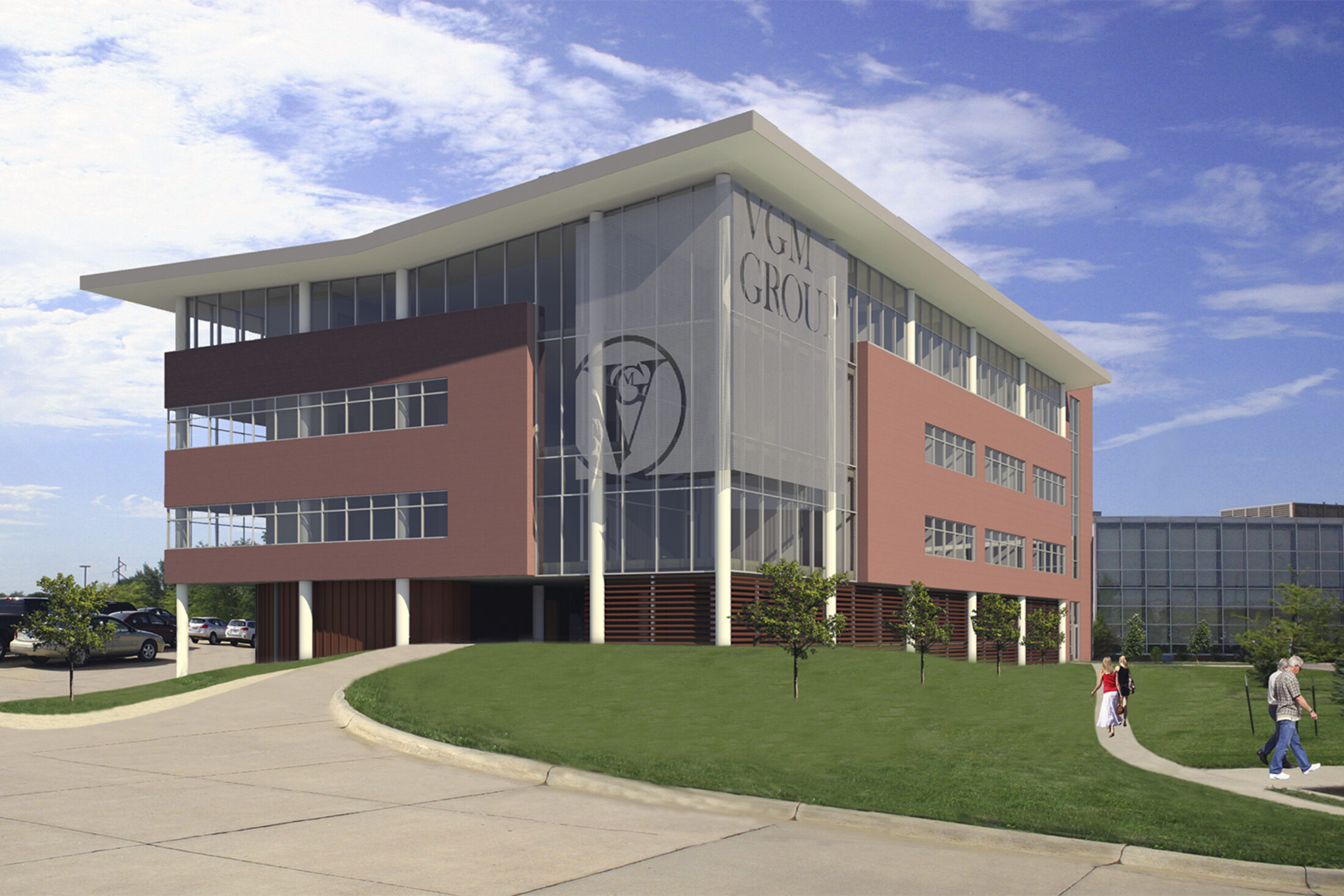 VGM Group worked with INVISION in 2004 on a 51,000sf, three-story addition to their present office building complex. Then in 2014, the partnership continued with a 65,000sf, five-story building integrated into their corporate campus. The 2004 addition included:

In response to VGM’s growth trends in 2014, the new building provided substantial office space. This five-story building features two levels of covered parking, three levels of office space, and a four-story atrium that serves as the focal point seen through open balconies. Offices and conference rooms were positioned on the perimeter of two floors suited for office cubicle space, while the top floor holds executive suites. On the exterior, the butterfly roof and glass and copper elements created design consistency with the connected existing campus.

It was important that we created a functional impact with the design of this facility. The atrium, featuring an open shaft elevator, provides significant volume and was open to each office floor — each with acoustic ceiling slats that allowed the full volume of the space to be appreciated.